Women and children have borne the brunt of Nepal's devastating earthquake as recovery efforts over the past year moved at a snail's pace.

The government of Nepal's overall relief and reconstruction response in reaction to the April 2015 quake – or lack thereof – has been widely criticised.

Multiple speakers at a disaster management conference held in Kathmandu recently lamented the lack of attention to women's issues in particular.

In a patriarchal society with one of the highest rates of child marriage in the world, many men who were killed left behind families without a household head.

This leaves them vulnerable to economic disadvantage, physical insecurity and limits life opportunities.

Sudip Pokharel of Democracy Resource Centre Nepal worked on a project assessing social and political impacts of the disaster, and aid delivery and effectiveness.

Women lacked access to decision-makers and women's issues were not addressed “at any level”, Mr Pokharel said.

The Centre for the Study of Labour and Migration found single women and people with disabilities were the worst impacted by the earthquake.

Single women, which includes widows and the many whose husbands are forced to seek work overseas, had trouble accessing relief materials.

The world of financial management and non-domestic affairs is unknown to many women, who make up 67 per cent of Nepal's illiterate adult population. The safety needs of women in particular were largely ignored, while children faced an increased risk of trafficking, in addition to the 12,000 trafficked into India and beyond each year.

Nepali journalist Rojita Adhikari met Nani Maiya Prajapati, a woman who lost her husband and five other family members, as well as her home, in the earthquake.

In Nepal's patriarchal society, female participation in the workforce is low.

“She was so helpless,” Ms Adhikari says.

The answer was about 2000, including 33-year-old mother of two small children Sunita Chitrakar.

“She has more responsibility, she has to manage her children's education,” Ms Adhikari says.

“It's very hard for a woman to live alone, society will not allow her to work or make a friend. She can remarry, but society will shun her.”

When Nepali women marry they leave their families and move in with their in-laws. 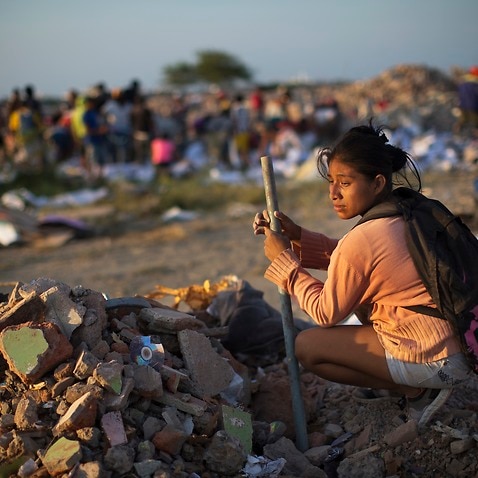 Adhikari said widows might receive some initial support from their husbands' families, but it wouldn't continue, and she would be unable to return to her birth family.

“So what is going to happen to her? She has nothing, how can she survive?” Ms Adhikari asks.

In families left without a breadwinner or source of income, the children of widows may be prevented from attending school if children have to go to work.

Immediately after the earthquake, nearly one million children were unable to attend school, as 32,000 classrooms were destroyed and 15,000 damaged.

UNICEF warns the longer children are out of school, the less likely they are to return.

Many children have either not resumed their studies or are learning in makeshift shelters. 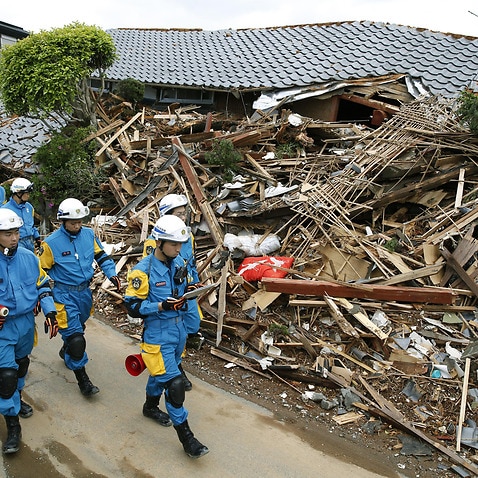 Desperate search for survivors in Japan as manufacturers count cost

Thousands of senior students sitting their exams this month have spent the past year studying in trying circumstances.

Meanwhile, children continue to suffer from the trauma of the terrifying 7.8 earthquake, without access to psycho-social support.

Ms Adhikari says in addition to these problems, more than 1100 children lost either their mother or father and 106 were orphaned.

“I think their future is dark.”

Fiona Broom is a freelance journalist based in Kathmandu.