There are some things 'nice girls never talk about.' Like menstruation. And who she calls for help. But data retention ruins that, writes Asher Wolf.

Sometimes life messes with you. Sometimes it becomes a literal bloodbath, despite your best intentions.

Anyway, I’ve decided to swing my bloody tampon around in public today to make a point, so brace yourselves. Menstruation has never been an enjoyable part of my life. Basically I’ve spent most of my life hiding something that happens to me once every four weeks.

I clearly remember the first time I bled. I had no idea what was happening or why there was blood in my underwear. I thought I was dying. When my mother explained to me that it was all completely natural, I burst out: “I’m going to do what for at least a week of my life every month until it stops?!” And then my mother gave me the most important lesson in being a woman: “It happens to all of us. But… just remember: nice girls never talk about it.”

Despite my mother’s lecture on how my first period was a blessing, the first 10 years of those monthly experiences were pretty damn messy. Early adolescence was filled with regular experiences of scrubbing menstrual bloodstains off white sheets before the sun came up. Sanitary pads were kept in the hallway closet next to the shoe polish and spare toilet paper rolls. I was only allowed to take a pad when nobody was watching. Oh god, I spent so long loitering in the hallway, waiting for a suitable moment to take a replacement pad.

Then later, once I’d moved out of home, I proudly bought my first pack of tampons and taught myself how to shove one up there just right. Charming. Fabulous times, in young womanhood it wasn’t. But like pretty much every other girl I knew, I kept it private and eventually I got the hang of it. Mostly.

Until early August this year, when something happened. I started bleeding. Not just a normal period, but clots, for seven days. I assumed it was just a glitch. That things would even out. So I kept my daily routine up. Work, school drop-offs, play-dates for my son, gym sessions, healthy eating. I was exhausted.

Then, at a dinner at a friend’s house I stood up to help with carrying dishes to the kitchen, and found I’d bled through my modest knee-length dress, through leggings, through to the cushion I’d been sitting on. I bled so much my tampon had dislodged. What the actual hell?

But okay, sometimes women have irregular bleeding, right? I assumed the next month, things would be back to normal. Right? But except things didn’t go back to normal, not at all.

The first week and a bit of my cycle were spent trying to pull myself back together after huge blood loss. And then towards the end of week two my mood plummeted in a way that utterly terrified me. I had no idea what was going on, except something was seriously up and I didn’t know what.

My temporary work contract was ending, I’d just stepped off a long haul flight from Europe, everything felt like a mess. I felt like a mess. For the first time in a long time, I felt pretty down on the world. And then my period started. It’s no exaggeration when I say there was blood everywhere. Everywhere. Blood on my clothes. Blood on the couch cushions.

I staggered into the bathroom and realised I had blood on my left elbow. I tried to clean up as best I could, and then looked at my very pale face in the mirror. There was a speck of menstrual blood just below my right eye.

I called the doctor and made an appointment. “Umm, sometimes these things happens,” he said. “If it happens again, come back.” So I went home and lay in bed until the bleeding stopped. Then I cleaned the house and felt like a lump of wet concrete for most of the rest of the next month. Until week three of my cycle, when I suddenly felt like all the world was doom and would probably end pretty much immediately.

And then it kind of did. I started bleeding again. And it was worse again. Just indescribably bad and scary. I called my doctor’s office, only to find he was overseas. Meanwhile, I was bleeding through onto the driver’s car seat.

A word popped into my mind: haemorrhage. By the evening, I was in hospital.

“Woah, you look pale,” said the triage nurse. Turns out, the word “haemorrage” was pretty close to the mark. The young doctor in the ER told me I have a condition known as menhorragia. It’s actually a pretty common disorder, but not talked about very much, because “nice girls don’t talk about their time of the month.”

Menhorragia is the cause of at least 5 per cent of all referrals of premenopausal women to gynaecologists. But because women under-report menhorragia due to social stigma, the actual number of women who experience it could be as high 20 per cent of the female population.

Anyway, I’m waiting for things to stabilise. I’ve been given the pharmaceutical option of stopping my periods altogether, which I’ve gratefully accepted. Actually, I’m pretty ecstatic about that. Here’s hoping I stop bleeding soon.

The morning I came out of hospital I called a friend. I needed the moral support. The experience had knocked me around a whole lot. I felt crummy. I told her what had happened, shucking off my mother’s advice that nice girls don’t talk about bleeding. I needed the camaraderie and my friend made all the right noises at the right time. It was exactly what I needed. A sense of personal reassurance during a horrible experience. 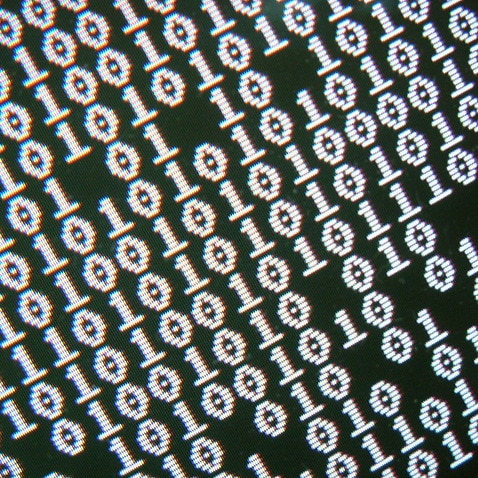 What is metadata, and how do you maintain your privacy?

And then just as I was starting to feel like hey, this was something that she understood and I’d get through, goddamit, she ruined everything by pointing out that data retention would be implemented in just a few days, and based on the state of surveillance in Australia it was likely a few government agencies already knew I’d called my doctor, been in hospital and were probably listening in as we talked about my menstrual cycles.

And so I hung up and cried for a while. Anyway, I’ve decided to ignore some social stigma today for few reasons.

1. Menhorragia is really very common. I hope that by talking about it, other women will feel more comfortable to do so as well.

2. Social stigma doesn’t just go away easily. Many women will continue to want to hide their condition.

It shouldn’t be too much to ask that the government doesn’t spy on our most basic bodily functions. Data retention makes it harder for us to talk freely about the things we need to talk about, privately. Mass surveillance regimes turn our personal traumas into a pantomime to be interpreted by whoever watches us.

Article 12 of the United Nations Declaration of Human Rights (UNDHR) states that “no one shall be subjected to arbitrary interference with his privacy, family, home or correspondence…” It feels pretty disturbingly arbitrary that under Australia’s data retention regime, multiple government agencies can find out what health websites I’ve searched and which friends I’ve called for support. Your smart home knows a lot about you

Perhaps the UNDHR seems like an antiquated concept, but it was birthed in reaction to some of the worst human rights atrocities of WW2. It’s no coincidence that that article 1. of the UNDHR states all people are “..born free and equal in dignity and rights.”

Anyway, I have to go purchase a bunch more tampons now. Track that, you bastards.

Asher Wolf is a Melbourne-based freelance journalist and founder of Cryptoparty.