If you're living in Australia then you have benefited from the demise and destruction of Indigenous culture. So why is it so hard to say sorry, asks Brooke Boney.

Sorry always seems to be the hardest word to say. It is for so many people. It was for former Prime Minister John Howard. Elton John even wrote a song about it.

When it comes to Indigenous Australians it seems we're particularly reluctant. What is it about the Stolen Generations that brings out the most callous in us? Is it the fear of having to pay compensation? Is it that we can't bring ourselves to admit that it was our forefathers who did these horrible things to little babies and children and their mothers, and we've benefited from that destruction?

Whatever the reason, I think it's about time we shone more light into these dark corners of our history so we can grow as a nation and stop the cycle of trauma that the denial of these issues promotes.

So, let's talk about it now. Today marks the anniversary of when the Bringing Them Home report was tabled in Parliament in 1997. It was the proof that Aboriginal and Torres Strait Islander children were forcibly removed from their parents for no good reason.

Today, especially, there are always people who say: "Well, I'm not sorry. What do I have to be sorry for?" Firstly, you can be sorry without claiming responsibility. If my dog died and a mate of mine said: "Well, shit, I didn't do it, I'm not sorry," I'd say, "you're a heartless, giant tool." Family Secrets: I never knew I was part of the Stolen Generation

My cousin Brendon Boney wrote this little ditty about why it is that descendants of Indigenous people who were affected by the Stolen Generations are still hurting. And why it's not hard to see why we should be sorry:

One day the sailor thought to himself: "What's better than one man's wealth? The wealth of two men!" Imagining all of his dreams coming true and how amazing it would be, he sat awake day and night working on a plan to rob the farmer.

But something else happened during all those sleepless nights planning his attack. Greed took over and soon his thoughts turned to: "What's better than having the wealth of two men? Nobody else having it. Ever!"

So he then began working twice as hard on a plan that would not only get him the farmer's wealth but make sure the farmer never had the ability to ever make it back again.

The sailor took the farmer's son in as his own and taught him the ways of the sailor, making sure there was as little farmer threat in the world as possible. He taught his sons everything he knew about sailing and they grew up to be even greater sailors than their father. He also told his sons that if they worked hard enough like he did they could double their wealth in one night (leaving out the ghastly specifics). Years later the farmer had another son whom he could not teach to farm for he'd lost the ability to pass it on. The farmer's son grew up being told by his father: "We were once very wealthy until an evil sailor came and took everything, Even my hands, so I can't work the farm to make it any of it back. Now that I can't farm, I can't even teach you to farm."

As the years went by, the sailor's wealth of two men grew to the wealth of four, while the only thing the farmer had that grew was pain and sorrow. Years later the sailor and the farmer both died.

The sailor passed on the wealth of four men to his sons while the farmer passed on nothing but his stories of pain and loss. One day the sailor's son ran into the farmer's sons. The farmer's son said: "You're so lucky to have all of your wealth." The sailor's sons replied: "Luck had nothing to do with it. Our father worked hard day and night to double his wealth. His pride is our pride."

The farmer's son then told them the rest of the story. Of the evil their sailor father had committed in order to attain such wealth and to ensure all future generations of sailors would never have to rob a farmer for all of their dreams to come true. And how a history specifically designed to benefit future sailors was also designed to oppress future generations of the farmer's family.

Now, because of the sailor son's previous response, the farmer's son expected to hear: "Wow, we are lucky. Our father's shame is our shame." Instead, the sailor's sons looked at the farmer's son and said: "Well, that had nothing to do with us! We didn't do it. We're not sorry." 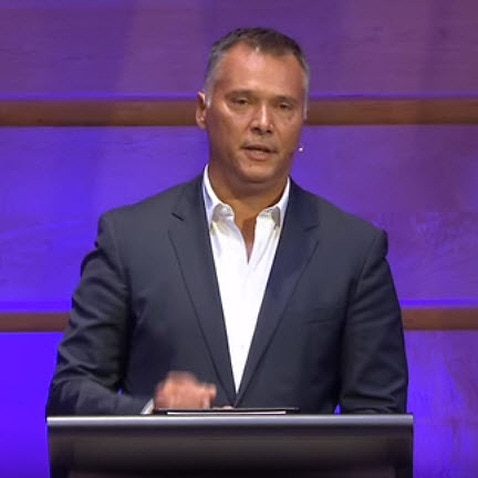 That little story sums up a lot of why Indigenous people are still hurting.

There are a lot of amazing things about this country. I think it's one of, if not the best country in the world. We can make it better, but we have to acknowledge the things that happened here in the past before we can move forward.

If you're living in Australia - working, sleeping, eating, safely going about your life - then you have benefited from the demise and destruction of Indigenous culture. The brutal and deliberate destruction that has taken place as an order of Government policy since Australia was colonised.

And so, if our forefather's pride is our pride, then their shame must be our shame. And why shouldn't it be? We're all benefiting from the horrible things that happened right here, on this land, under our feet.

Brooke Boney is a political reporter for SBS World News in Canberra.