Israeli ministers approved measures aimed at improving the Palestinian economy and facilitating crossings, rare moves said to be at Donald Trump's request just hours ahead of the US president's arrival.

US President Donald Trump spoke of a "rare opportunity" to bring peace to the region as he landed in Israel to seek ways to restart Israeli-Palestinian peace efforts.

Trump also hailed the "unbreakable bond" between the United States and Israel as he spoke at a brief ceremony at the airport in Tel Aviv after landing.

Trump's visit is part of his first trip abroad as president and follows an initial stop in Saudi Arabia, where he urged Islamic leaders to confront extremism.

He flew to Israel from Riyadh and will meet with Israeli Prime Minister Benjamin later on Monday. 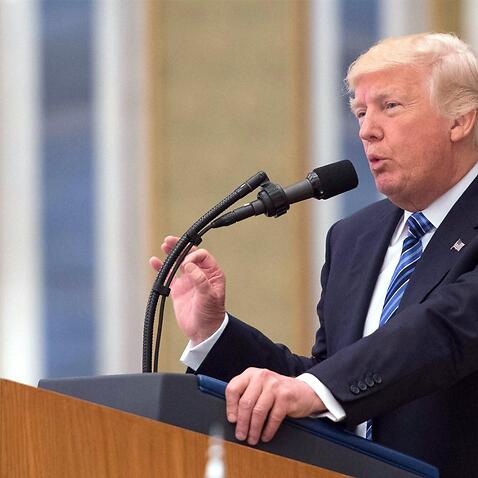 Trump calls on Arab states to 'drive out' terrorists

Ahead of his meeting with Netanyahu, a series of initiatives aimed at benefiting the Palestinian economy were adopted by Israel's security cabinet, rare moves said to be at Trump's request.

An Israeli official told AFP on condition of anonymity that ministers were responding to an appeal by Trump to present him with "confidence-building measures" ahead of his talks with Palestinian president Mahmud Abbas on Tuesday.

In a statement, Trump's administration welcomed the moves, saying he "has been encouraging both sides to take steps that improve the environment for peace making."

"He has expressed particular interest in taking steps to improve the Palestinian economy in the West Bank and Gaza Strip."

Trump made his first public remarks in Jerusalem at a meeting with Israeli President Reuven Rivlin.

He used the opportunity to strike out at Iran, saying it must never be allowed to have nuclear weapons while also denouncing Tehran's support for "terrorists".

"Most importantly the United States and Israel can declare with one voice that Iran must never be allowed to possess a nuclear weapon -- never ever -- and must cease its deadly funding, training and equipping of terrorists and militias," Trump said in remarks at Israeli President Reuven Rivlin's residence.

"And it must cease immediately." 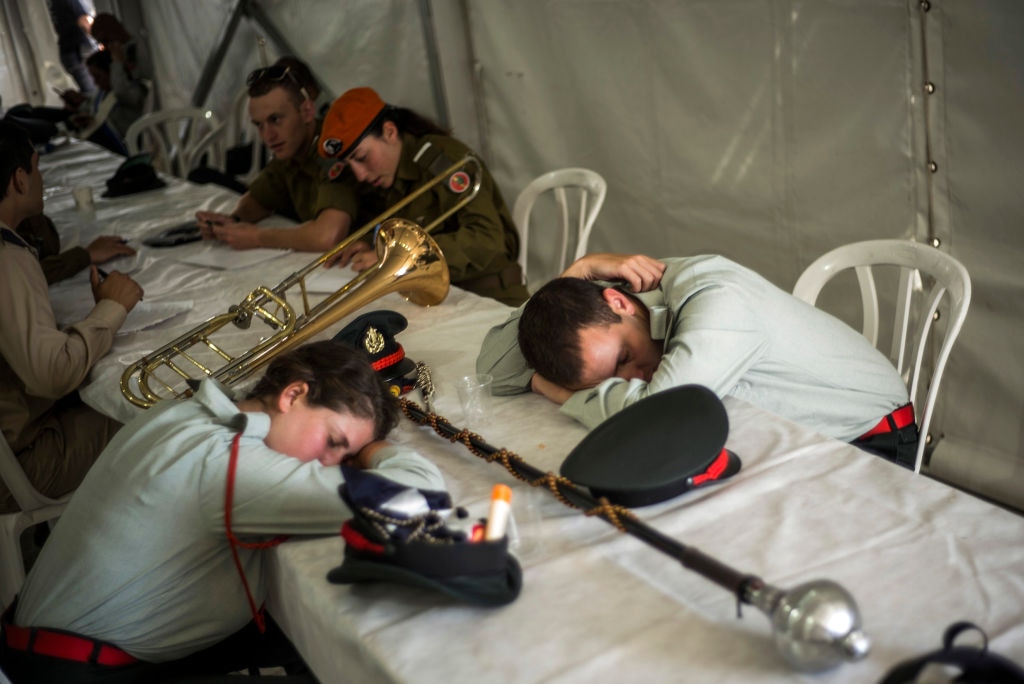 Israeli soldier resting and preparing a head of President Trumps landing on May 22, 2017 in Tel Aviv, Israel. (Getty)
Getty

Trump will meet Abbas in Bethlehem in the West Bank, visit the Yad Vashem Holocaust memorial in Jerusalem and give a speech at the Israel Museum.

Any leader would face an enormous challenge in seeking to bring the Israelis and Palestinians together for meaningful talks, and Trump's inexperience and domestic political struggles will only add to it.

He has spoken of his self-described deal-making prowess in declaring that the "ultimate deal" is possible, vowing "we will get it done".

"It is something that I think is frankly maybe not as difficult as people have thought over the years," Trump said when meeting Abbas in Washington earlier this month.

Trump has sent mixed signals about how he will approach the Israeli-Palestinian conflict.

He cast uncertainty over years of international efforts to foster a two-state solution when he met Netanyahu at the White House in February.

At that meeting, he said he would support a single state if it led to peace, delighting Israeli right-wingers who want to see most of the West Bank annexed.

At the same time, he urged Israel to hold back on settlement building in the West Bank, a longstanding concern of Palestinians and much of the world.

Trump advocated during his campaign breaking with decades of precedent and moving the American embassy from Tel Aviv to Jerusalem, deeply alarming Palestinians.

He has since said the move was still being looked at.

Trump's seeming openness to at least some of Abbas's concerns has given Palestinians more reason for hope than many may have expected, but still reason to remain wary, some analysts say.

On the Israeli side, Netanyahu heads what is seen as the most right-wing government in the country's history, and members of his coalition were elated with Trump's election.

Some even called for an end to the idea of a Palestinian state.

Trump's actions since have left them disappointed, with the embassy remaining in Tel Aviv -- at least for now -- and the White House seeking to restart peace efforts. 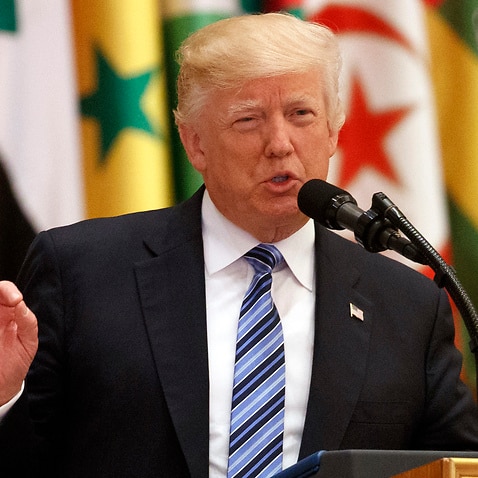