Approximately 300 asylum seekers formerly held in Australia’s offshore detention centre on Manus Island remain in Papua New Guinea, including 46 who have had their bid for a protection visa rejected. 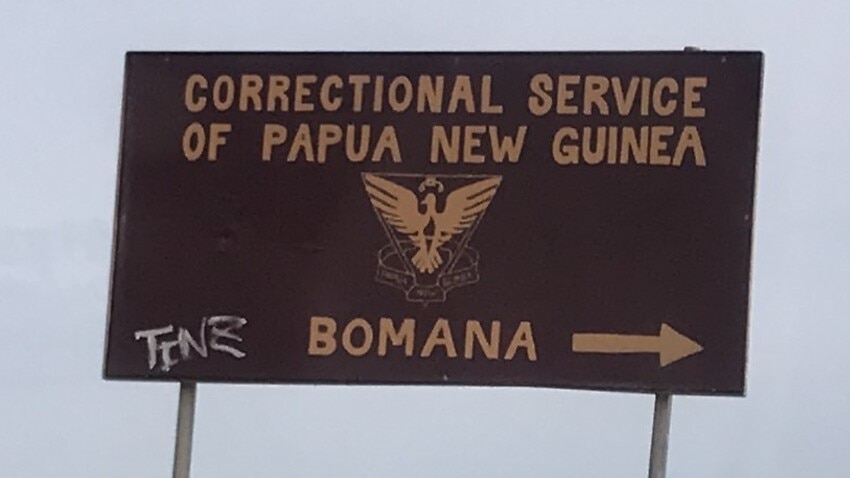 The Australian-funded Bomana Immigration Centre, located on the outskirts of Papua New Guinea’s capital, Port Moresby, houses 46 men who have failed the asylum application process since their forced removal from Manus Island in August.

But not-for-profits Amnesty International and Human Rights Watch have raised “serious concerns” about the safety of the men, who are mostly Iranian, due to the lack of access to the detainees.

“They've been held virtually incommunicado. They have no access to their mobile phones, no access to the Internet, they can't communicate with loved ones or lawyers, ” Australian director of Human Rights Watch, Elaine Pearson, told SBS News.

“In many respects, it's even worse than prison. At least if you're in prison, you have the right to visitors. But these men really have no rights at all.”

These claims are supported by a lawyer and doctor, who told Senate Estimates in August they were unable to contact those held in the centre.

The human rights groups say the detainees are only allowed access to a phone call if they agree to voluntarily return to their country of origin, with fears the harsh conditions are a deliberate ploy to encourage the men to make that decision.

Iran does not accept forced deportations, meaning voluntary return is the only way the majority of detained men could return to their country of origin.

“Part of the reason that the conditions are so incredibly cruel is because it's all part of a deliberate strategy to coerce these men into accepting a voluntary return to their home countries,” Ms Pearson said.

On Manus Island, after the processing centre officially closed in 2017, asylum seekers were allowed to leave their accommodation and access the local community during the day.

The Australian government has repeatedly said any matters related to asylum seekers whose claims have been rejected were the responsibility of the Papua New Guinea Government.

"The management of unlawful non-citizens at the Bomana Immigration Centre is a matter for the PNG Government," a Department of Home Affairs spokesperson said.

"Australia will continue to support PNG’s efforts to resolve the regional processing caseload through resettlement, returns and removals."

The Australian government contributed more than $20 million to the construction of the Bomana Immigration Centre but told Senate Estimates in 2016 that they would not fund its running costs.

“How much Australia is spending to help PNG house these guys in hotels, who is funding Bomana, who is funding the security private company who are ‘looking after’ the men in Bomana, these are the questions that need to be asked,” Amnesty International Refugee Coordinator Graham Thom said.

“Medevac makes it very clear that Australia does have a duty of care to people who are so sick that they cannot be treated in PNG and Australia still has control really about how people leave if they want to leave PNG.”

The writer, who authored an award-winning book about life on the island while in detention, told journalists he has no intention of returning to Papua New Guinea.

Prior to his Thursday arrival in Christchurch, Boochani was among approximately 260 legitimate refugees housed in motels across Port Moresby after the closure of the Manus Island facilities.

Boochani has previously described the conditions within Bomana as “a crime against humanity” and “state terrorism”.

A group from the Catholic Alliance for People Seeking Asylum (CAPSA), who returned from a visit to Port Moresby and the outside of the centre last week, also described the situation at the centre as “highly alarming”.

“[The Bomana Immigration Centre] is by far the most critical situation, because these are people who have already been suffering for seven years,” CAPSA co-convenor Carolina Gottardo, who made the trip to Papua New Guinea, told SBS News.

Ms Gottardo said she spoke with a number of the refugees living in the community in Port Moresby who were deeply concerned for their friends inside Bomana.

“They [the refugees] are living in very difficult circumstances … but they seem to be more concerned about their friends and the wellbeing of those in Bomana. They have developed a very strong sense of brotherhood during all the years in detention,” she said.

The organisations are calling for the Papua New Guinea government to release the men into the community, for the United Nations to be allowed to visit the centre and that the men to be allowed access to legal representation. They are also calling on the Australian government to intervene.