A few days in to their two-week quarantine stint in hotel rooms, these returned travellers share their experience so far.

Jayce Carrano wakes up each morning and looks out his window at the five-star hotel in Sydney’s CBD onto a carpark.

“In the mornings I’m like, cool it’s just a day inside, but when it’s getting dark and you’ve been inside all day, that’s usually an anxiety-inducing thought,” he says.

The 23-year-old is one of thousands of travellers sent to mandatory isolation for 14 days since Australia rolled out new rules to control the spread of coronavirus. 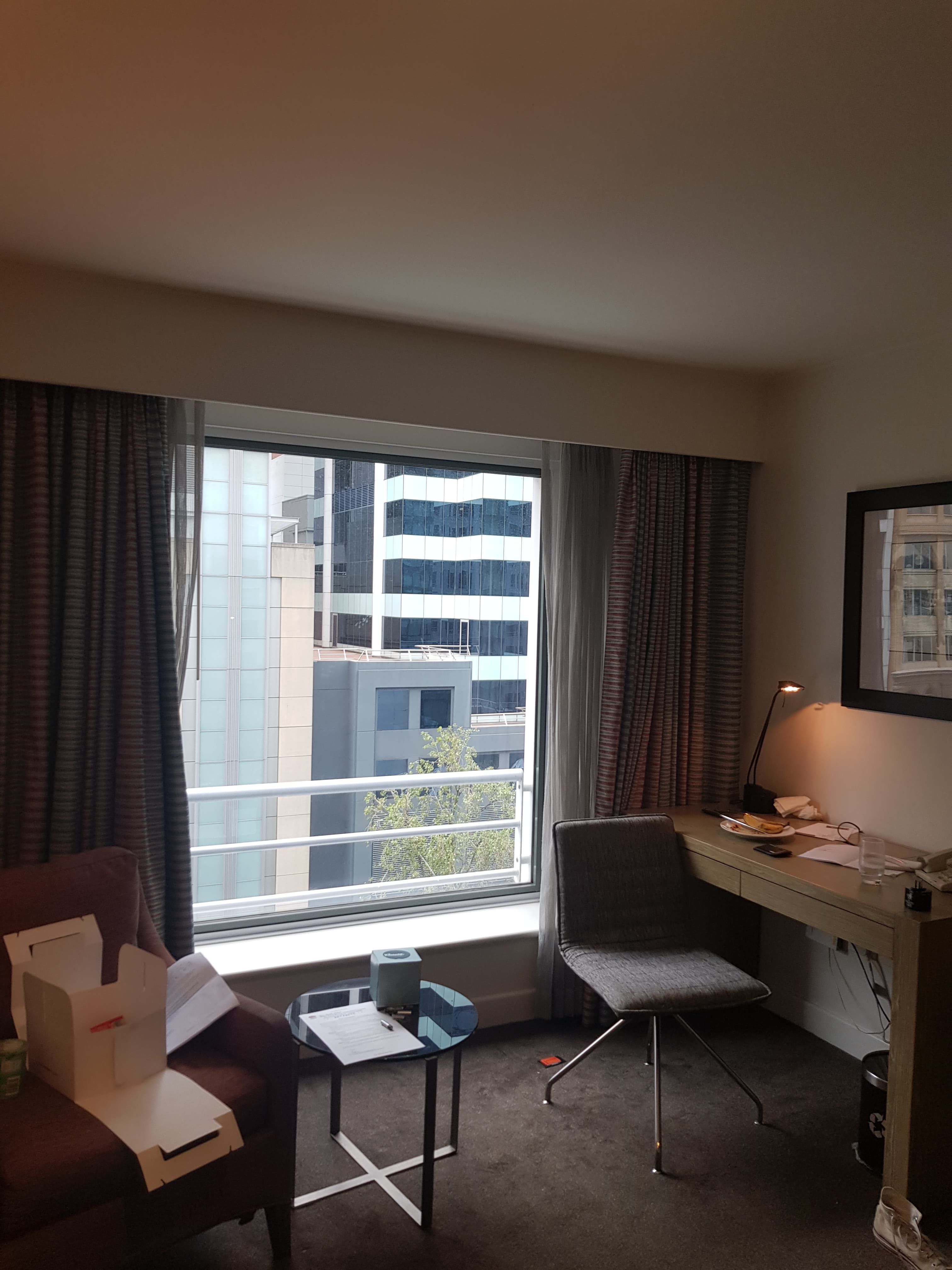 He managed to catch the last Qantas flight out of Los Angeles where he was studying English at UCLA, and arrived seven hours after the new public order came into effect at midnight on Saturday.

Many have complained about conditions in the hotels - some describing them as “prison-like” and hating the "foul food" - but Mr Carrano says he’s got his ways of getting through the two weeks.

“It’s a way to be like let’s find out a little about Jayce, let’s see what’s on the inside," he says.

His parents dropped off a guitar and he’s picking up lessons, he’s got a library of eight books, and he’s staying in touch with friends by flooding his Instagram with videos of life under quarantine.

“I’ve been doing silly videos… it’s just such a funny experience, being locked in a room for 14 days is scary, but it’s inherently funny as well, there’s something kind of bizarre about it,” he says.

Sarah was living with her partner in London where they were anxiously watching the news of the pandemic getting worse and worse. 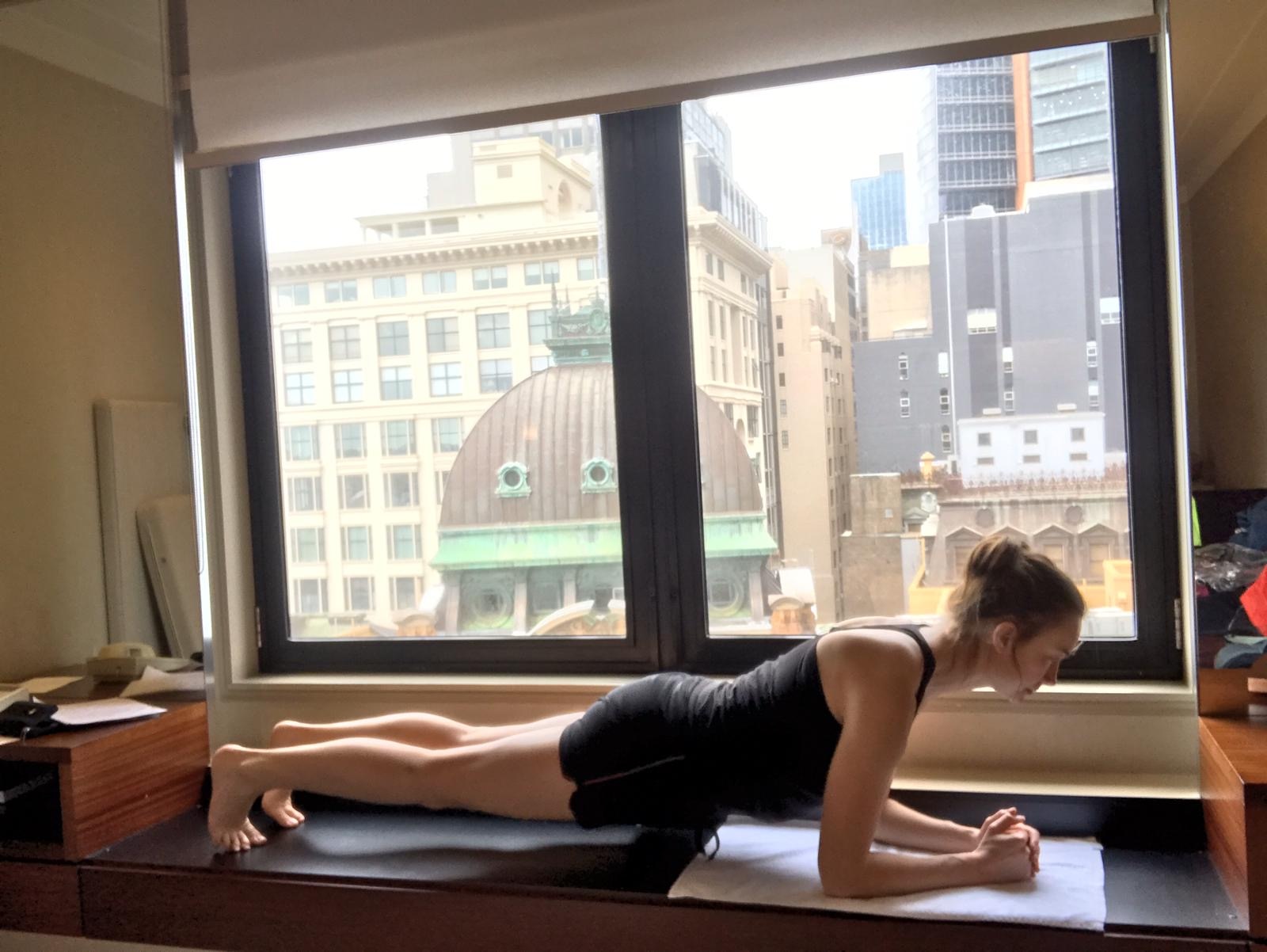 Sarah performs a plank by her window in her Intercontinental hotel room in Sydney.

Her partner rushed back to Australia to be near her parents who are immunocompromised and started self-isolating.

Sarah, who did not want to use her last name, followed soon after and was planning to isolate with her partner, but arrived seven hours after the new rules came into effect.

“We wanted to make sure we didn’t have anything before we went to her parents’ home,” she says. “We wanted to be there, wanted to look after them, because if anything happened to them I don’t think my partner could ever forgive herself.”

She’s now on day four of quarantine at the Intercontinental in Sydney, and is working her way through yoga poses by her window.

“I’ve started splitting my room off into sections, so I’ve got my working area, sleeping area, exercise area, and my reading nook by the best view out the window,” she says. 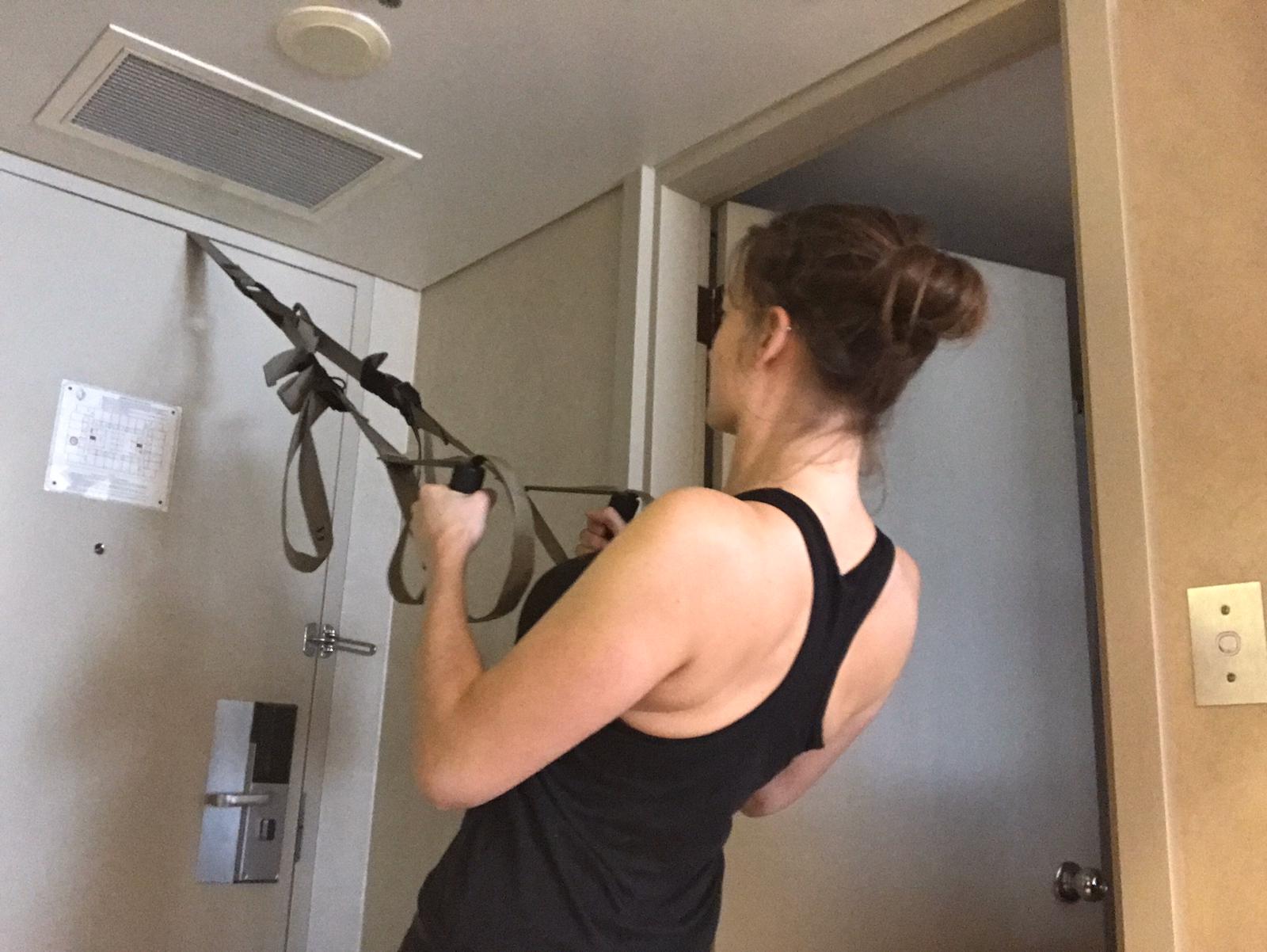 “I thought it was really important to put a schedule together… I’ve got a notepad out, and I’ve got a day-by-day, hour-by-hour itinerary.”

Her hotel won’t allow her to drop clothes off for laundry service due to contamination, so she’s been hand washing and drying her clothes in her bathroom.

“The most challenging thing is being on your own and being in your own mind and not having a change of scenery,” she says.

“Not being able to go outside and see sunlight, see nature… all those are taken away.”

Matthew Hocter was in Brazil to study Portuguese, but decided to head home because he was worried about overstaying his visa from travel restrictions.

“I am a writer, so I have been trying - emphasis on the ‘trying’ - to finish a myriad of articles that have piled up,” he says.

Forgive the husky voice. Quarantine will do that.

While he’s got plenty to keep himself preoccupied, Mr Hocter says guests have been given “inconsistent” messaging around what is and isn’t allowed.

“We were on a packed plane for 14 hours, many of us side-by-side, then we disembark the plane and have to social distance all through the airport, only for us to be put on a bus sitting side-by-side,” he says.

The 44-year-old says some of the provided food portions are too small for him and he’s been blocked from spending his own money buying food to be delivered from Woolworths to his hotel room. 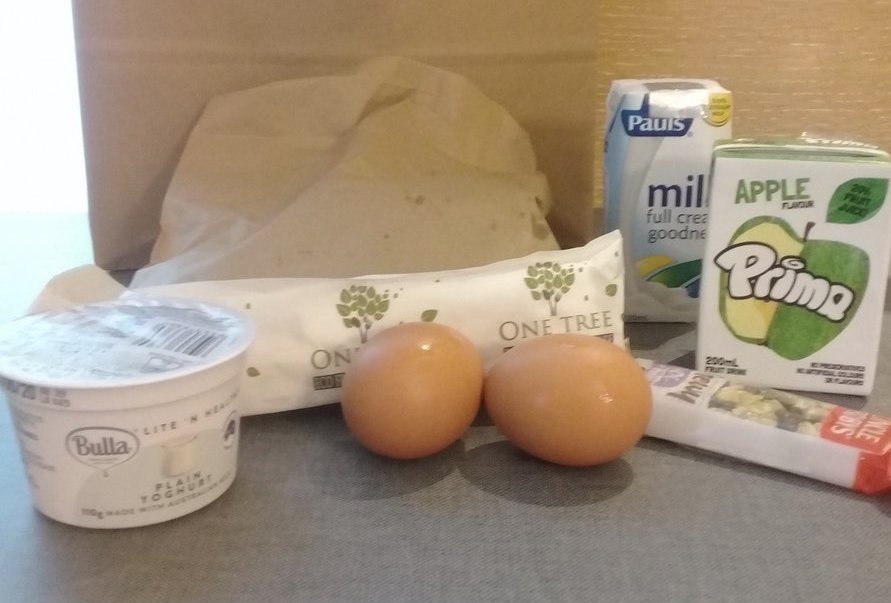 One of the meals supplied to hotel guests.
Supplied

“(The government) said it was due to fear of infection, but that makes no sense as anything ordered would just be left at the concierge and they could place our orders in front of our door,” he says.

He's been away from Australia for six years, and says he's dying for "Monte Carlos, some cheese, and a meat pie."

"I'm cool with quarantine, there's no dramas with that for me, but at the same time you've got to respect people's liberties... people throw these laws in place and then they need to take responsibility for that."