Contestants broke with tradition and turned the Miss Peru pageant into a protest highlighting violence against women in one of South America's most dangerous countries for females.

In elegant ball gowns, the 23 finalists in Sunday's televised pageant at the Lima Municipal Theatre gave voice to thousands of women who are victims of harassment, sexual and physical abuse, and murder.

Instead of giving their bust, waist and hip size, the contestants took turns  reciting a litany of shocking facts about violence against women in Peru.

"My name is Camila Canicoba, I represent Lima and my measurements are: 2,202 cases of feminicides reported in the last nine years in my country," one said.

"Eighty-one percent of people who attack young girls are close to the family," another said. 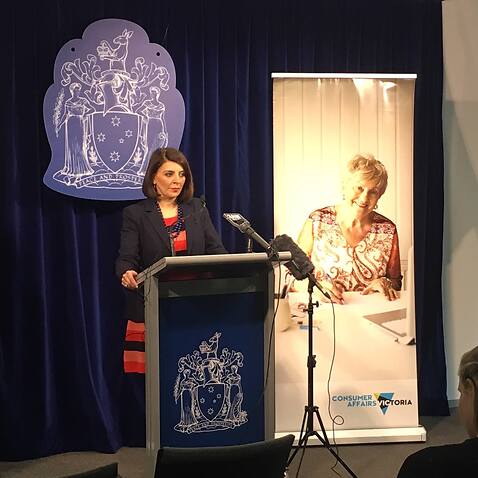 'Ask them to leave': Victorian minister in hot water over 'Irish heritage' comments "One girl dies every 10 minutes due to sexual exploitation," said another. Yet another: "more than 70 percent of the women in Peru are victims of street harassment." Each sharply delivered phrase shook the audience, which had been expecting traditional light entertainment.

"I think that the fact that you are looking at your regional representative, at the queen of your department, giving open and real figures about what happens in our country is alarming," contest organizer Jessica Newton told AFP.

"Unfortunately there are many women who do not know, and think they are isolated cases," said Newton, Miss Peru 1987.

So far this year, 82 women have been murdered and 156 cases of attempted murder have been registered against women in Peru, finalist Karen Cueto said from the stage. 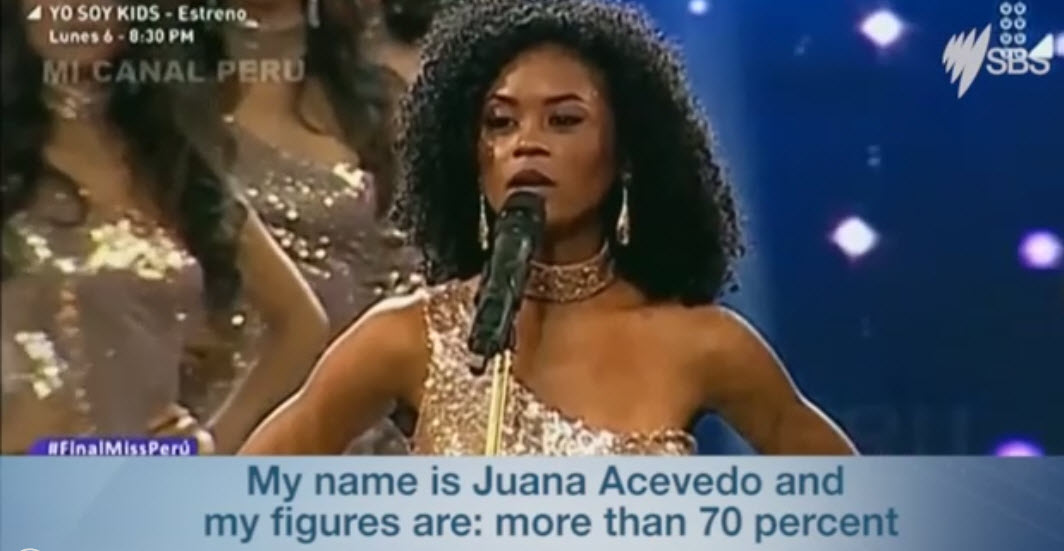 Miss Peru contestants turned the competitiion into a protest raising awareness for the violence against women.
Reuters

The figures highlight Peru's ranking as second only to Bolivia as the country with the worst record of violence against women in South America, according to the Observatory of Citizen Security of the Organization of American States.

Newton said the pageant contestants themselves were no exception. Of the 150 who began the contest, five have been the victims of violence, including rape, she said.

Violence against women became a front page issue in Peru after the rape of a volunteer for the national census program. Two television journalists then publicly declared they had been victims of violence by their partners, and there have been endless news stories about women being beaten or stabbed, and minors raped.

The stream of news has sparked calls in Peru for the death penalty for rapists.

The normally trite question and answer session with the event's host was dramatically different, too. Instead of being asked about favorite hobbies or charities, the women were prompted for their responses on what to do about violence.

"Every day we see in the news that more women die at the hands of their partners or their ex-partners. If you had the opportunity to change the laws, what would be the right one for the crime of feminicide?" This was one of the questions. Miss Peru contestants turned the competitiion into a protest raising awareness for the violence against women.
Reuters

Romina Lozano, representing Callao, said her plan would be to "implement a database containing the name of each aggressor, not only for feminicide but for every kind of violence against woman. In this way we can protect ourselves."

In the end, the judges elected her Miss Peru 2017.

Lozano will walk with the other contestants at the head of a march to highlight violence against women in Lima on November 25.

"The national queen must be the ambassador of ordinary women, of all women who have no voice," said Newton.