Experts say Satanism is being used as a method to challenge mainstream religious beliefs by those who may have been disenchanted or alienated by organised religion. 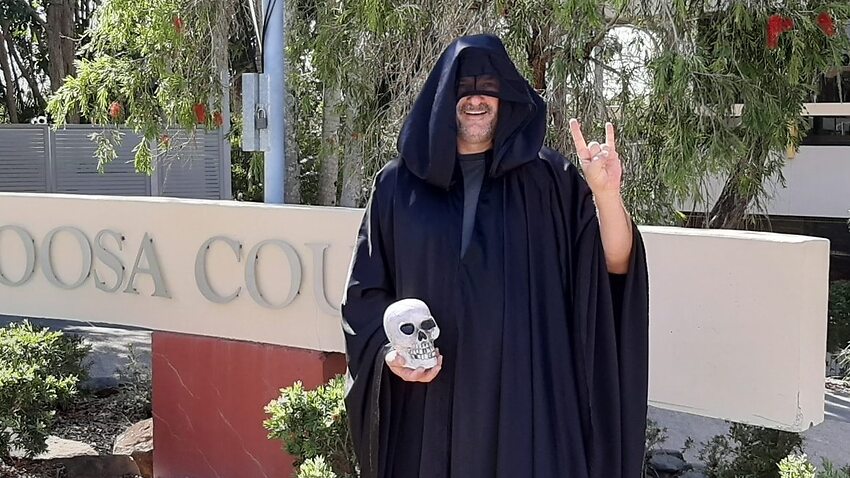 Satanists are celebrating what they are calling, "a small but important win for religious freedom" after succeeding in having the pentagram added among the symbols of recognised faiths displayed at the Sunshine Coast University Hospital’s multi-faith centre.

The Noosa Temple of Satan said it is working with the hospital to have its spiritual leader officially recognised as a minister.

“We think it's important that Satanists can access the right spiritual support during their time of need,” the Temple’s leader, Samael Dema Gorgon, said on Facebook

“I think there was already something like seven or eight different faiths that were listed there in the chapel and I don't think it was that hard to get on the list," he said.

"I think they were quite inclusive and quite ready to add Satanism to the list and it was done relatively quickly without a great problem."

A Queensland Health spokesperson told SBS News that its service cares for patients of all religious backgrounds and displays world-recognised religious symbols in its facilities.

“Facilities may display world-recognised religious symbols as a welcoming gesture for patients and visitors. In 2020, Queensland Health released its Framework for the Integration of Spiritual Care in Queensland Health Facilities."

The hospital did not respond to SBS News’ query about how the hospital would handle reactions of people from different faiths.

In an attempt to put an end to religious studies in Queensland state schools, the Noosa Temple of Satan is requesting the teaching of Satanism in schools, with the same rights as Christian organisations.

The Satanic temple is asking its 5,000 members on Facebook to register their children in school as Satanists.

Mike Hercock is a former Senior Minister of Imagine Baptist Church in Sydney.

He says that Satanism is being used as a method to challenge and disrupt mainstream religious beliefs by those who may have been disenchanted or alienated by organised religion throughout their lives.

“The question I think it raises is about the sense of experience that people who are voiceless or concerned by the power of religion in schools,” Mr Hercock said.

“That sense of voicelessness I suppose as I have mentioned often comes out of hurt and anger over the control and abuse of the church over years, I have some empathy towards that."

Mr Hercock was one of the 100 Revs, a group that comprised of 100 clergy who officially apologised to the LGBTQI+ community of Australia for the attitudes of the Church towards them in 2008.

Muslim Imam Ibrahim Dadoun said he was concerned about Satanism being used as a diversion to prevent people from worshipping God.

He said the move by the Noose Temple of Satan was "a joke".

"It's a joke on the hospital that has accepted this as a faith," he said.