The World Health Organization said it fears the death toll from the pandemic in 2021 will be even greater than in 2020.

The World Health Organization issued a grim warning that the second year of COVID-19 was set to be "far more deadly", as Japan extended a state of emergency amid growing calls for the Olympics to be scrapped.

"We're on track for the second year of this pandemic to be far more deadly than the first," said WHO director-general Tedros Adhanom Ghebreyesus.

The mood also darkened in Japan where the coronavirus state of emergency took in another three regions just 10 weeks before the Olympics, while campaigners submitted a petition with more than 350,000 signatures calling for the Games to be cancelled. With Tokyo and other areas already under emergency orders until the end of May, Hiroshima, Okayama and northern Hokkaido, which will host the Olympic marathon, will now join them.

Japanese public opinion is firmly opposed to holding the Games this summer.

Swiss tennis great Roger Federer said Friday that "what the athletes need is a decision: is it happening or isn't it?"

"I would love to play in the Olympics... But if that doesn't happen due to the situation, I would be the first to understand," he added.

The pandemic has killed at least 3,346,813 people worldwide since the virus first emerged in late 2019, according to an AFP tally of official data.

India meanwhile started deploying Russia's Sputnik V coronavirus vaccine, the first foreign-made shot to be used in the country that has been reeling from an explosion in cases and deaths.

The first token batch of Sputnik vaccines - reportedly 150,000 doses - arrived on 1 May and a second delivery is expected in the next few days.

A number of leading India-based drugmakers have agreements for local production of Sputnik V with the aim to produce over 850 million doses of the jab per year. 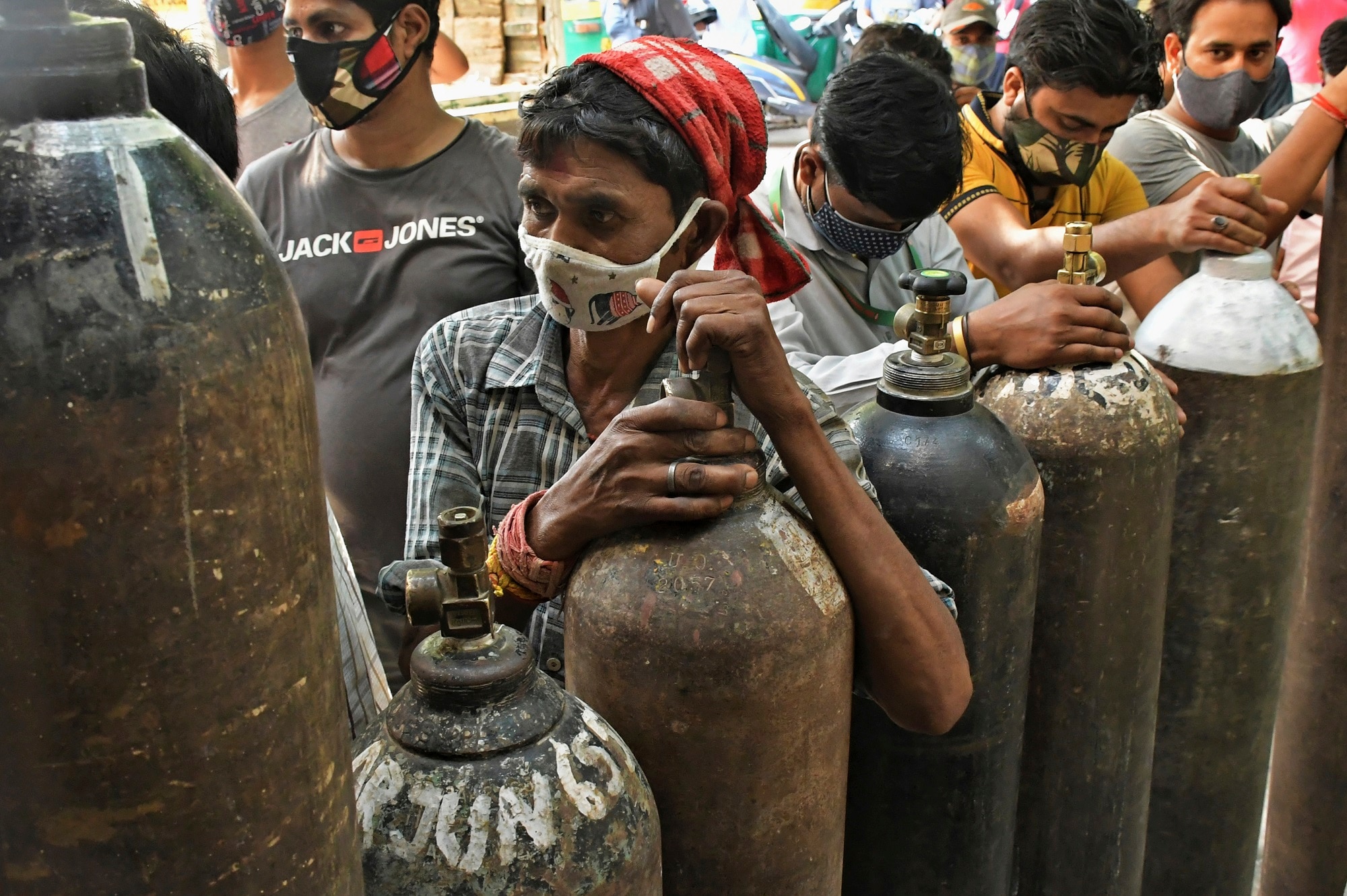 India has been adding roughly as many new COVID-19 cases daily as the rest of the world put together.

More than 260,000 Indians have died, according to official figures.

In Europe, British Prime Minister Boris Johnson warned that the arrival of the B1.617.2 variant, one of those believed to be driving the Indian surge, could delay reopening of society and the economy.

"This new variant could pose a serious disruption to our progress," Johnson said.

Britain's health ministry has tracked the variant in northwest England and in London.

Germany has already added the UK back onto its list of "risk areas" requiring extra checks - but not necessarily quarantine - for incoming travellers.

Elsewhere around the continent, tourist hotspots are opening up.

"I hope to forget this damn COVID," said Jil Wirries, a 28-year old student from Hanover, Germany, collecting luggage on the island of Crete.

"Everything is terrible in Germany... people are depressed... I'm so happy to be here." France and Spain launched tourism campaigns this week too.

But in the United States many were confused a day after the top health agency lifted all mask-wearing requirements for fully vaccinated people.

The move has raised questions about how to implement it - the foremost being, how do you tell if a person is fully vaccinated?

It has led to a patchwork of regulations around the country. Some states never had mask mandates in the first place. Others lifted them well before the new advice. Some were reviewing the idea, but others such as Maryland and Virginia rushed to implement it.

Major companies are also weighing their options. Retail giant Walmart was among those who said Friday it would lift its mask mandate for fully vaccinated staff and customers. The budget assumes Australia will be vaccinated by the end of 2021. Can it be done?

But United Food and Commercial Workers, a union which represents 1.3 million people, came out unequivocally against.

"Essential workers are still forced to play mask police for shoppers who are unvaccinated and refuse to follow local COVID-19 safety measures. Are they now supposed to become the vaccination police?" it said.

"My initial reaction was supportive, but the more I think about it, I wish they had said, 'Let's do this on July 1. If you aren't vaccinated yet, this is your chance to go do it,'" said airborne disease specialist Linsey Marr.

The WHO also said Friday that even the vaccinated should keep wearing masks in areas where the virus is spreading. A customer exits a corner market while wearing a protective mask in the retail shopping district of the SoHo neighbourhood in the Manhattan borough of New York.
AAP

"Vaccination alone is not a guarantee against infection or against being able to transmit that infection to others," WHO's chief scientist Soumya Swaminathan said.

More than 580,000 people have died in the US of COVID-19. But almost 60 percent of US adults have now received one or more doses, while cases are falling fast, and children are also now being vaccinated.

The WHO, however, urged wealthy countries to stop vaccinating children and instead donate doses to poorer nations. World could have prevented COVID-19 pandemic but made 'serious errors', panel says

"I understand why some countries want to vaccinate their children and adolescents, but right now I urge them to reconsider and to instead donate vaccines to Covax," said WHO chief Dr Tedros, referring to the global vaccine-sharing scheme.

In sports, the Turkish Grand Prix, which was only drafted onto the Formula One calendar as a replacement for the cancelled Canada GP two weeks ago, was itself axed on Friday.

Formula One chiefs announced they will instead return to the sport's safe haven of Austria.