Tackling the emergence of a new global pandemic is a complex task. We can deal with this together. Source: Shutterstock

Collective intelligence is now being used around the world by communities and governments to respond to the coronavirus pandemic.

At its simplest, collective intelligence is the enhanced capacity created when distributed groups of people work together, often with the help of technology, to mobilise more information, ideas and insights to solve a problem.

Advances in digital technologies have transformed what can be achieved through collective intelligence in recent years – connecting more of us, augmenting human intelligence with machine intelligence, and helping us to generate new insights from novel sources of data. It is particularly suited to addressing fast-evolving, complex global problems such as disease outbreaks.

Here are seven ways it is tackling the coronavirus pandemic:

On 31 December in 2019, health monitoring platform Blue Dot alerted its clients to the outbreak of a flu-like virus in Wuhan, China – nine days before the World Health Organization (WHO) released a statement about it. It then correctly predicted that the virus would jump from Wuhan to Bangkok, Seoul, Taipei and Tokyo.

Blue Dot combines existing data sets to create new insights. Natural language processing, the AI methods that understand and translate human-generated text, and machine learning techniques that learn from large volumes of data, sift through reports of disease outbreaks in animals, news reports in 65 languages, and airline passenger information. It supplements the machine-generated model with human intelligence, drawing on diverse expertise from epidemiologists to veterinarians and ecologists to ensure that its conclusions are valid.

The BBC carried out a citizen science project in 2018, which involved members of the public in generating new scientific data about how infections spread. People downloaded an app that monitored their GPS position every hour and asked them to report who they had encountered or had contact with that day.

This collective intelligence initiative created a huge wealth of data that helped researchers understand who the super-spreaders are, as well the impact of control measures on slowing an outbreak. Although the full data set is still being analysed, researchers have released data to help with modelling the UK’s response to COVID-19.

Created by a coding academy based on official government data, Covid-19 SG allows Singapore residents to see every known infection case, the street where the person lives and works, which hospital they got admitted to, the average recovery time and the network connections between infections. Despite concerns about potential privacy infringements, the Singapore government has taken the approach that openness about infections is the best way to help people make decisions and manage anxiety about what is happening.

For dashboard enthusiasts, MIT’s Technology Review has a good round-up of the many coronavirus-related dashboards tracking the pandemic.

In early February, Wired reported how researchers at Harvard’s medical school were using citizen-generated data to monitor the progress of the disease. To do this, they mined social media posts and used natural language processing to look for mentions of respiratory problems and fever in locations where doctors had reported potential cases.

This builds on evidence published in a January article of the journal Epidemiology that found that hot spots of tweets could be good indicators of how a disease spreads. It remains to be seen how effective these initiatives are, or whether they will succumb to the problems that beset Google Flu Trends. 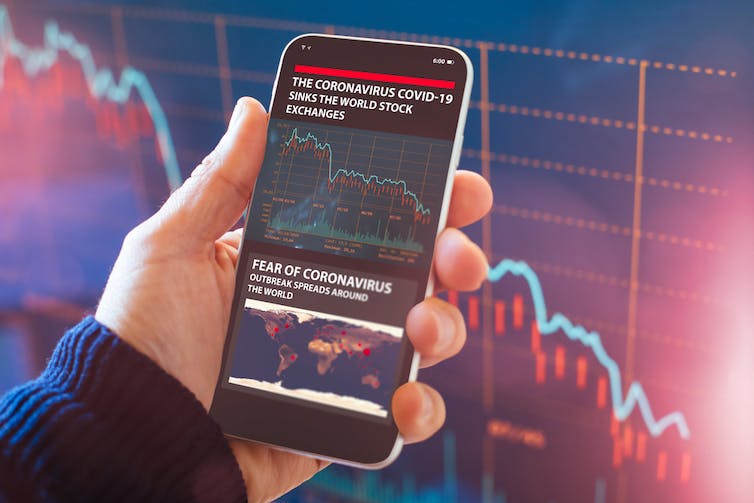 Bringing the data together. Shutterstock

The reality of people’s experience of the virus is largely absent from media reporting so far, but the importance of social sciences in pandemic preparedness and response is becoming increasingly recognised. We should, therefore, all tip our hats to the citizens of Wuhan who have been archiving and translating social media data from inside China creating chronicles of testimonies of those affected, before they get censored by the government.

To speed up the development of drugs to combat coronavirus, researchers at the University of Washington are calling on scientists and the public to play an online game.

The challenge is to build a protein that could block the virus from infiltrating human cells. The game is on Foldit, a 12-year-old website which has crowdsourced contributions to important protein research from more than 200,000 registered players worldwide.

Responding to concerns about lack of access to testing for COVID-19, Nesta Collective Intelligence grantee Just One Giant Lab is behind an effort to develop a cheap, quick coronavirus test that can be used anywhere in the world. The initiative is crowdsourcing ideas from do-it-yourself biology communities, with the ambition to open source and share designs so that certified labs can easily produce test kits for their communities.

In a global crisis, sharing collective intelligence about the virus will be a significant factor in our ability to respond and find new treatments. NextStrain pulls in all the data from labs around the world that are sequencing SARS-CoV-2’s genome and centralises it in one place for people to see in a genomic tree. This open repository, which is built on GitHub, is helping scientists studying coronavirus's genomic evolution and enabling tracking of how the virus is passed between people.

Researchers have also been sharing new findings about the virus’ genomic profile through open-source publications and preprint sites such as BioRxiv and Chinaxiv. Paywalls are being temporarily lifted on content related to coronavirus in scientific publications such as BMJ and the public is demanding that major news outlets follow suit.

Activists on Reddit have gone one step further and bypassed paywalls to create an open archive of 5,312 research articles mentioning coronaviruses, citing a “moral imperative” for the research to be openly accessible. Newspeak House is crowdsourcing a handbook of tools, tech and data for technologists building things to respond to the coronavirus outbreak.

The World Health Organization (WHO) is also compiling all published research into a global database, and making learning resources about managing COVID-19 for health professionals and decision-makers have been made available on the WHO online learning platform. But they have also been criticised for not replying to comments left on their channels, leaving a vacuum instead of a response to rumours and falseholds.

By working together and sharing knowledge, we have a better chance of beating the pandemic.

Aleks Berditchevskaia is a Senior Researcher at Nesta's Centre for Colletive Intelligence Design which supports Just One Giant Lab (JOGL) through its Collective Intelligence Grants Programme, which is funded in partnership with Omidyar network, Wellcome and Cloudera Foundation.

Kathy Peach is the Head of Nesta's Centre for Colletive Intelligence Design which supports Just One Giant Lab (JOGL) through its Collective Intelligence Grants Programme, which is funded in partnership with Omidyar network, Wellcome and Cloudera Foundation.

Share
Published 13 March 2020 at 6:59am
By Kathy Peach
Source: The Conversation
Topics
Australia