A wide range of companies are taking a much more public stance on racial injustice and police violence.

As tensions flared around the country after George Floyd’s death under a policeman’s knee, protesters received support from an unexpected corner: corporate America.

As Netflix posted on Twitter on Saturday: “To be silent is to be complicit. Black lives matter. We have a platform, and we have a duty to our Black members, employees, creators and talent to speak up.”

Major companies are often wary of conflict, especially in a polarised time. They tend to be afraid of offending their customers and associating their brands with sensitive subjects.

American advertisements often shy away from addressing political issues, like impeachment, and also steer clear of news stories about violence, drugs and, recently, the coronavirus pandemic.

But after Mr Floyd died Monday in Minneapolis, a wide range of companies began to take much more public stances on racial injustice and police violence.

To the black community:
We see you.
We stand in solidarity with you.
This can no longer be the status quo. pic.twitter.com/LpE7HHp3qU

Speaking out on social issues is often a calculated decision, a form of “values and identity-driven targeted marketing,” said Americus Reed, a marketing professor at the Wharton School at the University of Pennsylvania.

By aligning corporate values with what customers care about, companies are hoping to build a sense of loyalty and a deeper sense of personal connection, he said.

“There’s a general trend toward executives in the C-suite being called out and pressure-tested by consumers who want to know where they stand — there’s an opportunity to differentiate not just on function, on what’s a better mousetrap, but on values,” he said. “It’s smart — they’re taking a stand, hopefully, because it’s moral, but also because they understand the long-term economic game.”

Twitter, which spent much of last week battling President Donald Trump over the warnings and fact checks it placed on several of his tweets, changed its profile image on the platform to black and added “#BlackLivesMatter” to its description.

Mark Mason, chief financial officer of Citigroup, wrote a public blog post on the company’s website that repeated Floyd’s pleas to the white officer kneeling on his neck: “I can’t breathe.”

The advertising agency 72andSunny wrote on Instagram that “white people need to start carrying this burden” of combating racism.

Reebok said in a message to “the black community” that it “stands in solidarity with you,” telling its social media followers: “We are not asking you to buy our shoes. We are asking you to walk in someone else’s.”

On Monday, Change.org will promote its largest petition ever — “Justice for George Floyd” — on taxi-top ads in New York and billboards there and in Minneapolis. The marketing campaign, funded by supporters, will be the most expensive effort of its kind for the company. 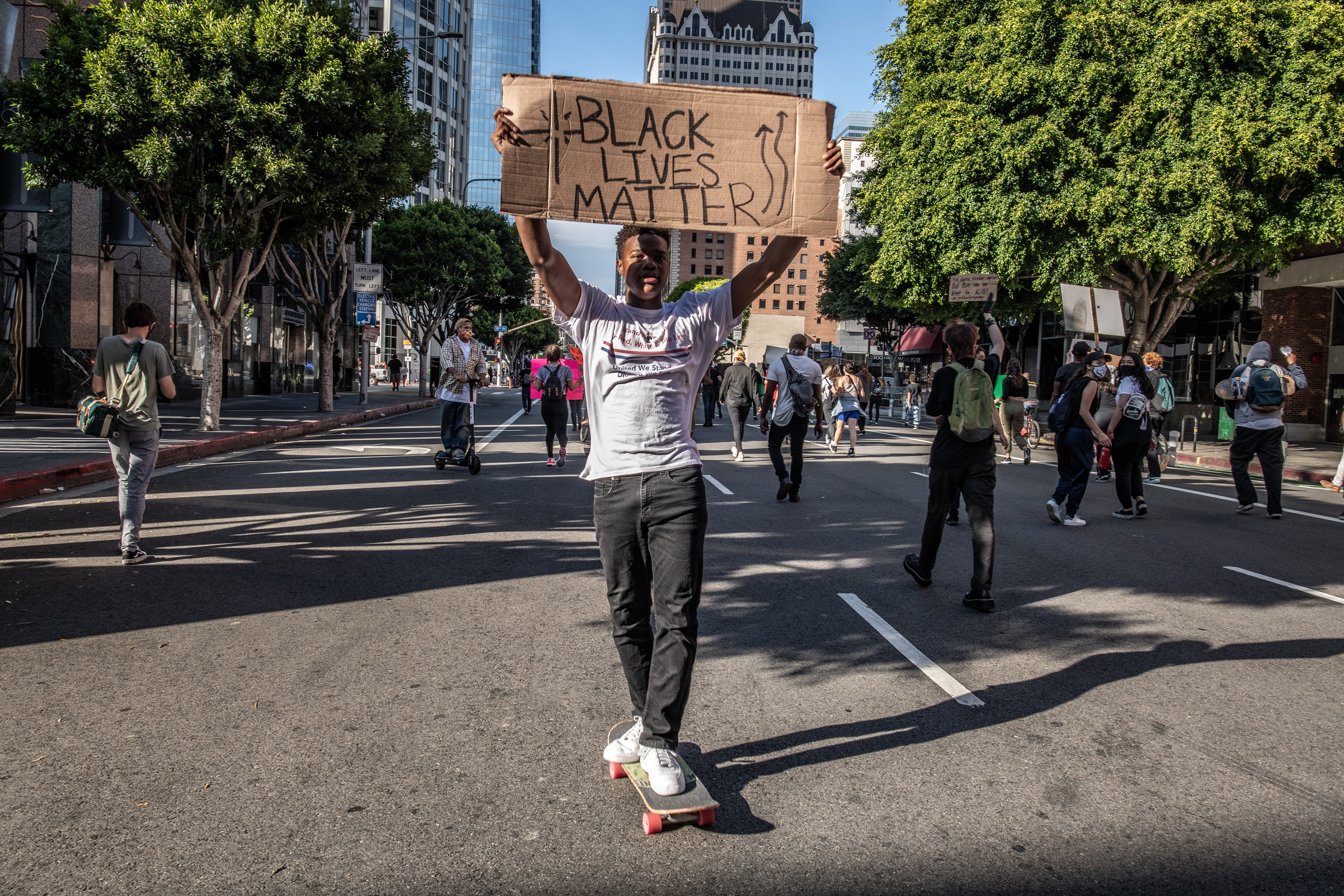 Demonstrators during a rally in Los Angeles,
NYTNS

The hashtag also appeared in posts from retailers like Nordstrom, ice cream maker Ben & Jerry’s and media companies like TikTok.

YouTube promised to spend $1 million on social justice initiatives, but it quickly faced criticism that its moderation efforts against racist content have historically been weak.

“Your hypocrisy knows no bounds,” wrote Sleeping Giants, a media watchdog group, in a reply to YouTube that echoed a similar complaint against Twitter.

“As a platform that has done its very best to avoid having to remove any videos from racists, white supremacists and hate mongers, you should be ashamed of even tweeting about this. Too little, too late.”

Some companies were more cautious in their approach. Target, which is based in Minneapolis and was hit by looting at a store there last week, described “a community in pain” in a blog post but never mentioned the word “black.”

Several of the businesses that expressed support have had complicated relationships with race in the past. Starbucks, which conducted sweeping anti-bias training after two black men were arrested in a store in 2018, posted a public letter Saturday encouraging “courageous conversations.”

Nike, which has said that only 8 per cent of its 353 vice presidents as of 2017 were black, released a new ad Friday that was reposted by other shoe companies like Adidas and Converse. “For once, don’t do it,” the spot said, beseeching people to stop pretending “there’s not a problem in America.”

“Don’t pretend there’s not a problem in America.” @Nike pic.twitter.com/DYmVwjYDHY

The company won awards for its 2018 marketing campaign, which featured quarterback Colin Kaepernick telling viewers to “believe in something, even if it means sacrificing everything”.

To many people, the supportive corporate sentiments fell short without offering funding or other substantive resources. But some companies said nothing at all.

Jackie Aina, an influencer with more than three million subscribers on YouTube, posted a video to Instagram last week urging fashion brands like Fashion Nova to weigh in on the nationwide protests.

The brand said in a post on a secondary Instagram account this weekend that it was “appalled, angered and deeply saddened” and was “talking to several community leaders to identify and explore ways to take a stand and help.” 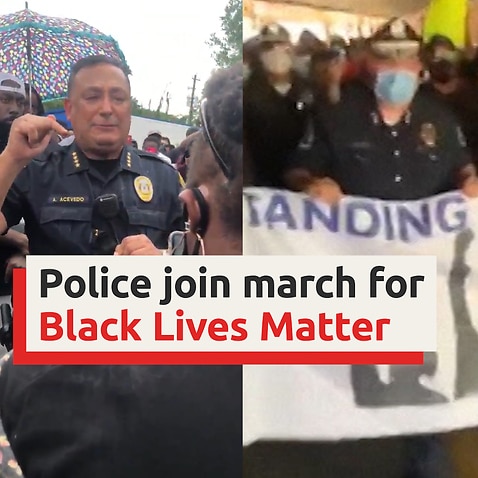 Police join Black Lives Matter protesters in the US

In an interview, Ms Aina said that she did not expect all companies to weigh in. But brands that borrow heavily from black culture and target black consumers have a responsibility, she said, to push for change, often by bringing more black employees into their ranks.

“When it comes to relevant things happening, things you can’t ignore like the Black Life Matters movement, police brutality or murders in our community, it’s crickets, and that’s unacceptable,” she said. “If you are capitalising off of a culture, you’re morally obligated to help them.”