When Robyn Peoples and Sharni Edwards tied the knot they became the first same-sex couple to be married in Northern Ireland.

A Belfast couple on Tuesday made history by becoming the first same-sex couple to get married in Northern Ireland, following a landmark change in the law last year.

Robyn Peoples, 26, and Sharni Edwards, 27, tied the knot in an afternoon ceremony in a hotel in Carrickfergus, near Belfast, after the new legislation came into effect on Monday.

The legal change followed campaigning by Amnesty International and partner organisations in the "Love Equality" coalition, which hailed it as "a landmark moment for equality in Northern Ireland". 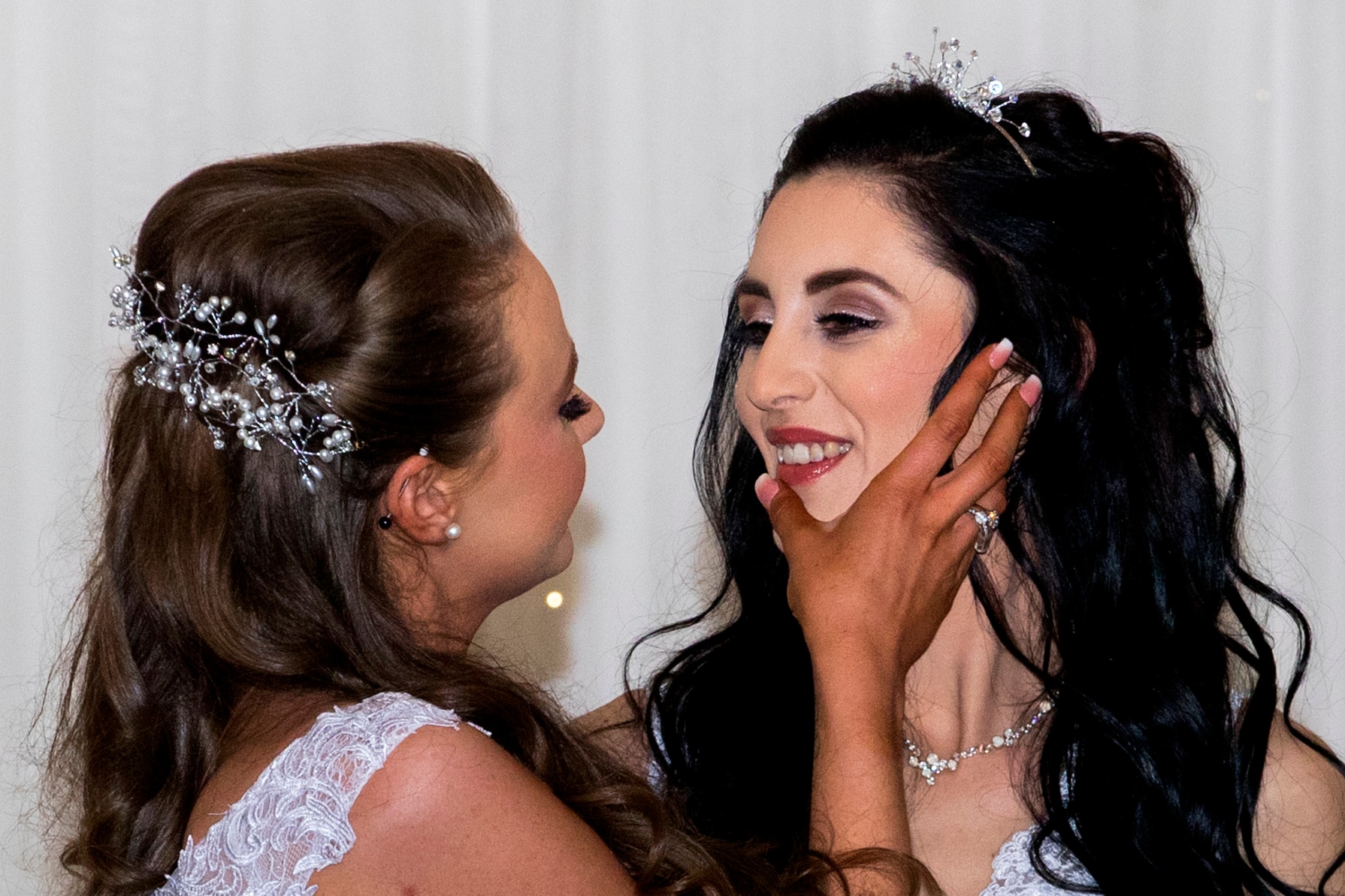 Robyn Peoples (left), 26, wipes the lipstick from the chin of her wife, Sharni Edwards, 27.
PA Wire

"We are literally living the dream, it's incredible," Ms Edwards, a waitress from Brighton on the British mainland, told the domestic Press Association news agency shortly after the service.

"We didn't expect to be the first couple, it's coincidental."

Her new wife, Ms Peoples, a senior care worker from Belfast, added: "We fought so long and hard for this opportunity to be seen as equal and now we are here and it's just amazing."

The pair paid tribute to the activists from the Love Equality campaign who led the years-long push to liberalise the British-ruled province's marriage laws. They also thanked the politicians who eventually voted for the change.

"Without you, our wedding wouldn't have been possible," they said. "We will be forever thankful."

The move, which brought the province into line with the rest of the UK, was opposed by a group of local lawmakers but they failed in a last-minute bid in October to block its implementation.

London spent the intervening months drawing up new regulations to apply to the marriages and partnerships - with the first permitted to happen this week.

Ms Peoples and Ms Edwards, who have been together for six years, had originally planned to enter into a civil partnership -  and they held a ceremony marking that commitment months ago.

But when they learned of the imminent law change, they opted to get married as soon as it was possible.

They blamed a "religious battle" between local politicians for the years of delay in being able to wed.

"They (politicians) sort of battled between each other and it took Westminster to push it forward and here we are, it's happened," said Ms Peoples. 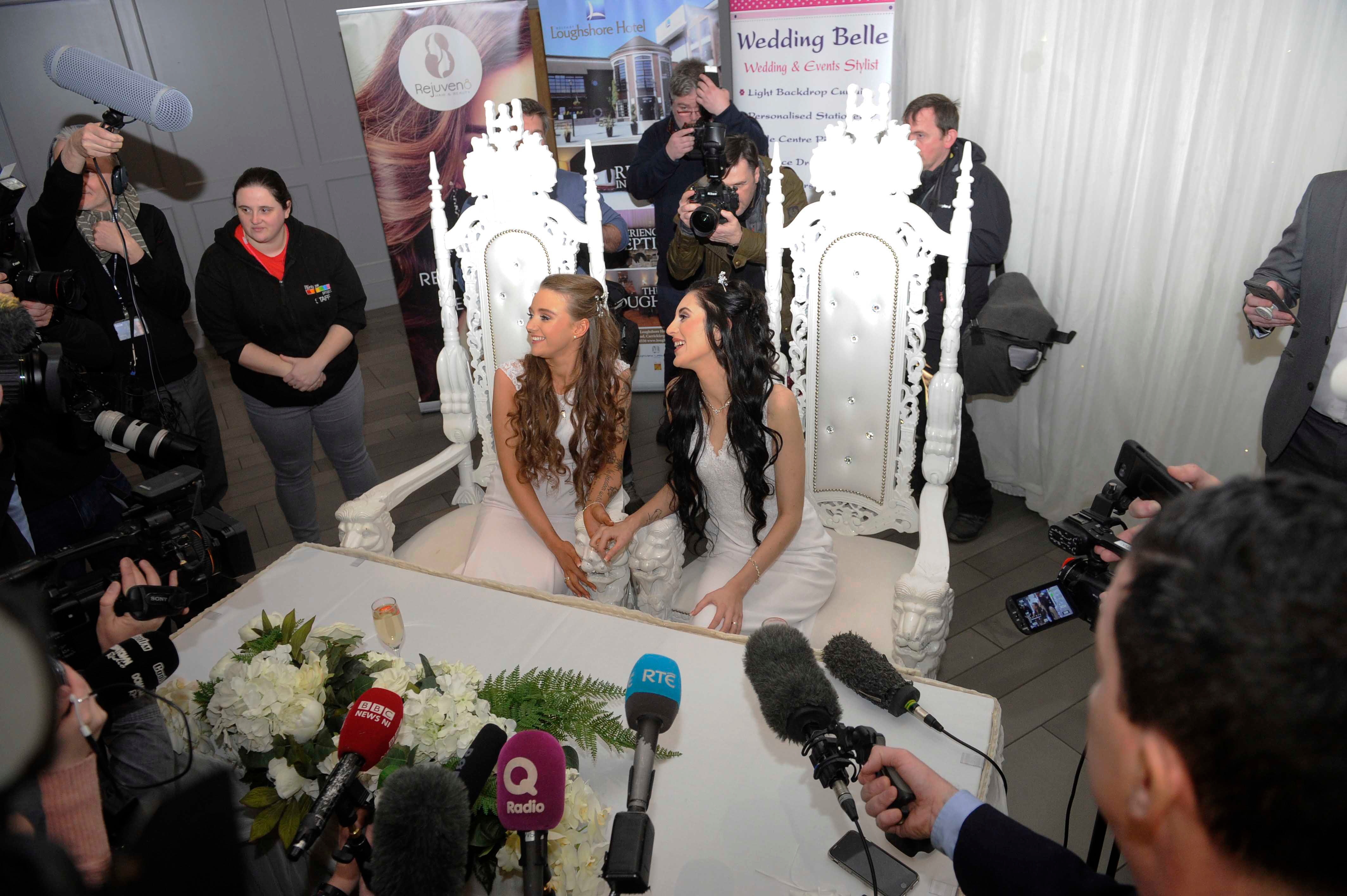 The couple from Belfast is the first same sex couple got married in Northern Ireland.
EPA

Activists, British MPs including Northern Ireland Secretary of State Julian Smith, and others will celebrate the landmark at a parliamentary event in London later on Tuesday.

Sara Canning, the partner of journalist Lyra McKee who was killed by dissident republicans in the Northern Irish city of Londonderry last year, helped to campaign for the change. 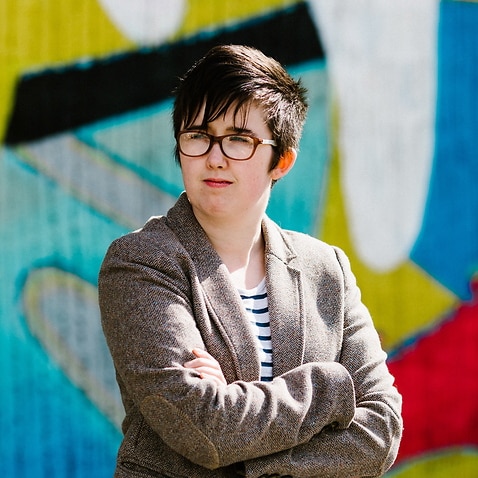 "It has been massively helpful to channel my feelings into this," she said.

"I felt the need was there to speak about something, that maybe a difference could be made.

"And we could see something that Lyra and I were passionate about coming to fruition."