Former prime minister Sitiveni Rabuka will be allowed to stand in Wednesday's election. 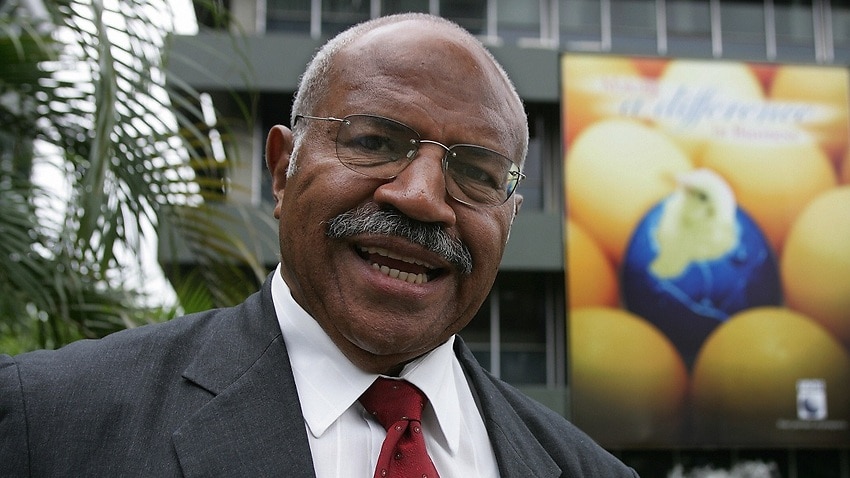 The leader of Fiji's political opposition has been cleared to stand for election, with just days left until voters head to the polls.

Fiji will on Wednesday hold a general election just for the second time since Prime Minister Frank Bainimarama seized power in a coup in 2006.

However, his main rival, former prime minister Sitiveni Rabuka, has been facing a legal appeal by the country's Independent Commission Against Corruption after earlier being acquitted of breaching financial disclosure laws.

The watchdog last week asked the court to convict Mr Rabuka, rather than allow him a retrial - which would disqualify him from standing in the election.

However, on Monday afternoon, Fiji's High Court ruled Mr Rabuka - who himself led two coups in the 1987 - dismissed the appeal.

The party secretary for Mr Rabuka's Social Democratic Liberal Party, Adi Qionibaravi, was among those celebrating.

"The court was full to the brim ... Everyone is thrilled, crying with happiness. Just shouting and singing," she told AAP.

A pre-election media blackout began across the country on Monday.

Six parties are contesting the election. Mr Bainimarama's FijiFirst in 2014 won 32 of 50 seats in parliament.

Polls have suggested it is likely to remain in power.