The Federal Government is boosting its COVID-19 communication strategy to reach multicultural communities through guidelines translated into foreign languages. 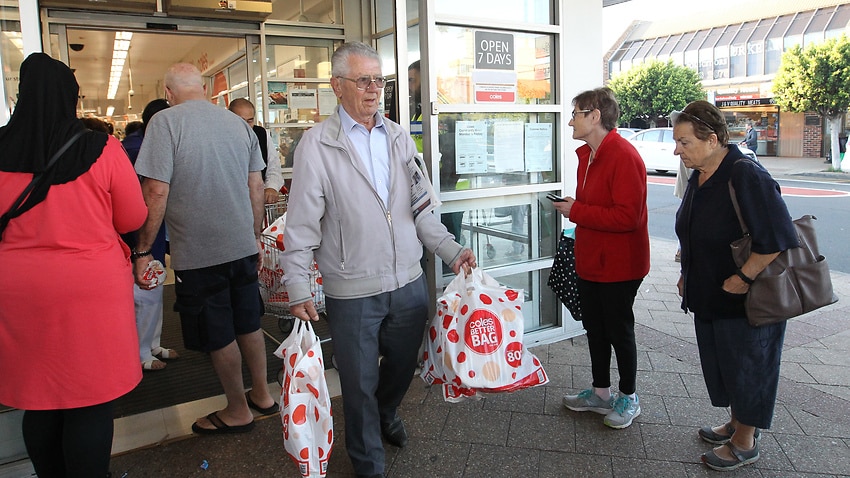 The Federal Government has rolled out a series of in-language COVID-19 guidelines for multicultural communities, but there are calls for more to be done to reach more Australians who do not speak English.

The Department of Health has already released advice in Chinese, Farsi, Korean and Italian on its website around best practice hygiene, social distancing and self-isolation to contain the outbreak’s spread.

It is also working on translations into more languages as the coronavirus crisis continues, according to the Department of Home Affairs.

“Community information is critical at this point in time (and) it is important to promote information in-languages for communities,” she said.

“It will really help allay the fears of the current situation.”

Read More
What happens if you break the government's self-isolation orders after arriving in Australia?

The government is ramping up a $30 million communications strategy as it steps up its efforts to contain the spread of the virus, including ordering all Australians not to travel overseas and banning indoor gatherings of 100 people or more.

A spokesperson for the Department of Home Affairs told SBS News translations were fast-tracked for languages spoken in nations most impacted by recent border closures blocking travellers from Iran, Italy, China and South Korea.

“The Department of Home Affairs is working with the Department of Health to have these translated into other languages as the COVID-19 crisis and response continues and has been distributing COVID-19 advice via its community liaison networks,” the spokesperson said.

The translated advice covers the government's fast-evolving response to the health crisis and provides advice on washing hands and limit non-essential meetings with healthcare professionals.

It also explains the requirement for all travellers coming into Australia to be required to self-isolate for 14 days and explains what this self-isolation involves.

Other information covers the symptoms of the virus and the need to practice social distancing by encouraging people to remain 1.5 metres apart.

The Korean Society of Sydney’s Daniel Han said their community held some concern the translated fact sheets would not be updated efficiently.

“The translated factsheets are great but … currently, they (the community) feel that the guidelines communicated by the government are not detailed enough,” he said.

Labor’s spokesperson for multicultural affairs Andrew Giles told SBS News the opposition had written to the government calling on them to make more translated material available.

“We need to get information to them in terms they understand … Now is no time for complacency,” he said.

He said the government was “justified” in speeding up access to the Chinese, Farsi, Korean and Italian translations, but the response can’t stop there.

“It’s a responsibility of government to give every Australian up-to-date information that enables them to look after themselves and to keep themselves safe,” he said.

She said abstract concepts like isolation, social distancing and transmission must be explained in an understandable manner and was concerned the current guidelines have no images to aid comprehension.

“Questions to consider with this initiative include are the right languages being targeted for the most vulnerable population?” she said.

“While there appears to be good coverage of this information in English in public buildings … to date I have seen nothing in other languages.”

The rapidly-changing pandemic has seen the number of cases in the nation pass 450 as the government imposes restrictions to contain the virus's spread.

The Federal Government has committed $30 million towards a national communication strategy.

The Department of Home Affairs confirmed to SBS News this will also be “distributed to multicultural audiences through targeted print, radio and social media placements.”

The government has also hosted several meetings with community leaders regarding COVID-19 and working with those affected by travel restrictions.

FECCA chairperson Ms Patetsos cited the Greek community and fast-growing African communities as other groups that would benefit from in-language guidelines.

She said the Greek community's significant elderly population meant many from this group would be vulnerable to the virus.

“They need to know how to protect themselves, those around them and also the wider community,” she said.

“We know older people are particularly vulnerable (and) may have poorer English.”

Aged care residents will only be able to receive one visit a day, with a maximum of two people visiting and no school groups will be allowed to visit.