Locals have described a nude mountaintop photo on one of New Zealand's most well known natural features as culturally insensitive.

Playboy model Jaylen Cook has caused heads to shake in New Zealand with a naked Instagram photo on top of Mount Taranaki, a place considered sacred for Indigenous Maoris.

While the photo has been popular among Ms Cook’s online followers, locals have described it as disrespectful and inappropriate.

“It's culturally insensitive and not what I would expect someone to do on the summit of Mt Taranaki,” a local mayor told Fairfax media. Jaylen Cook's naked mountaintop photo has been upsetting to some locals.
Instagram

The volcano, on the west coast of New Zealand’s North Island, is personified in Maori legends.

It's said that after a dispute with other mountains, he is said to have retreated to the west coast, gouging a river in his wake.

Local Maoris told Fairfax they knew some would be confused about why they found the image offensive, but that people had found it upsetting none-the-less.

Ms Cook, whose Instagram account features hundreds of nude and semi-nude photos from around the world, says she didn’t expect the image to be controversial.

“Being nude is not something that is offensive in any way. It's natural and pure and it's about freedom and empowerment,” she told Fairfax.

It’s not the first time climbers have caused controversy on the mountain, in 2011 a small group sparked debate after carrying a couch and grill up the mountain for an “epic” alpine barbeque. 'We will get it done': Trump promises Israeli-Palestinian peace 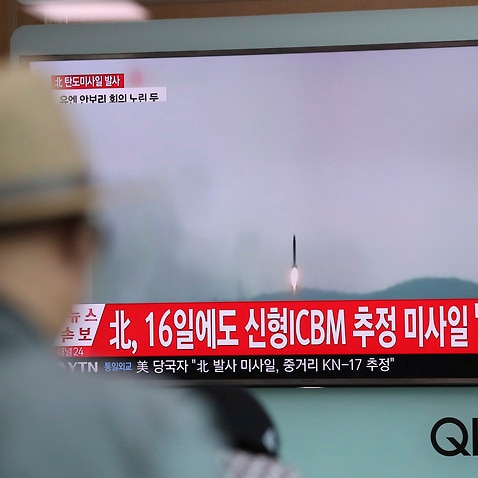 FBI chief Comey 'nauseous' at thought he swayed US election