The death toll from cyclone Amphan in India and Bangladesh has exceeded 100 as thousands of residents in the eastern metropolis of Kolkata held protests and road blockades over the failure to have power and drinking water supplies restored.

Cyclone Amphan made landfall on Wednesday accompanied by high-speed winds and torrential rain.

It destroyed homes and crops, uprooted trees, submerged vast tracts of land and snapped power, water supply and communication lines in both countries.

Collapsing houses and trees as well as electrocutions killed 86 across India's West Bengal state and 15 in Bangladesh, according to disaster management officials. 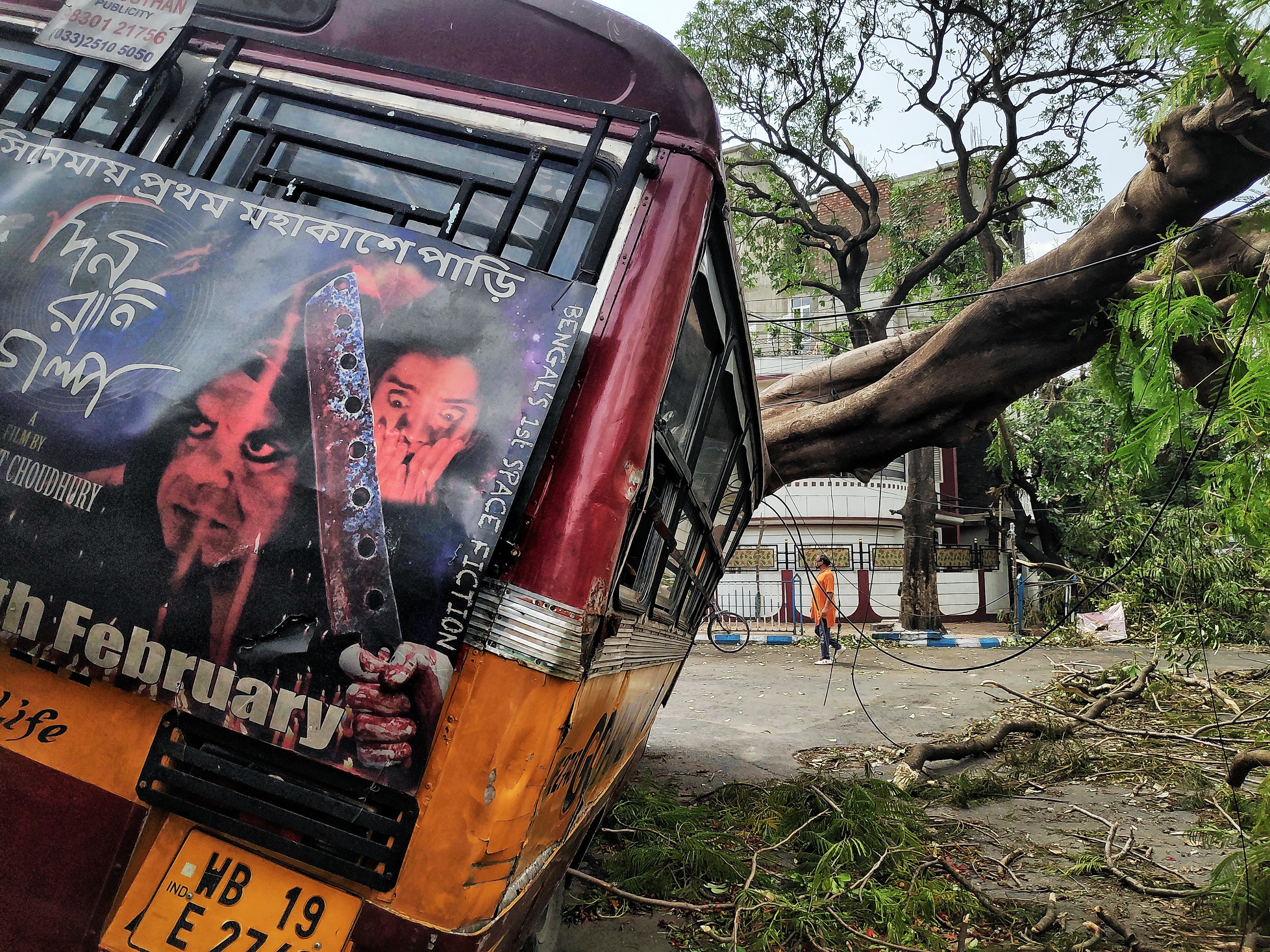 Cyclone Amphan has made Kolkata into a jungle, every trees are fallen on the ground.
Pacific Press/Sipa USA

West Bengal state capital Kolkata and affected coastal districts were the worst hit, with hundreds of thousands of people left without power and drinking water supplies.

Huge crowds of people gathered in various parts of Kolkata on Saturday, demanding the immediate resumption of the utilities.

"It has been over three days since the storm struck the region, but there is still no power and water. We and our children are suffering, but none of the civic bodies are responding. We are helpless," a resident told broadcaster News18 Bangla channel.

In some areas, locals set up roadblocks, chanted slogans and held up banners that read, "We want water and power." State Chief Minister Mamata Banerjee appealed to people to remain patient, saying her administration was struggling to restore power and water supplies while tackling the spread of the coronavirus.

The state's home department later requested Indian army support for the restoration of essential infrastructure and services devastated by the storm.

According to official sources, about 15 million people in West Bengal had been affected by the storm and more than 1 million houses, mostly thatched homes, destroyed by the cyclone.

Amphan, a Thai name meaning sky, was the most powerful cyclone to hit the region in recent years.