NSW Labor leader Michael Daley has stood down until a leadership ballot is held after the federal election in May. 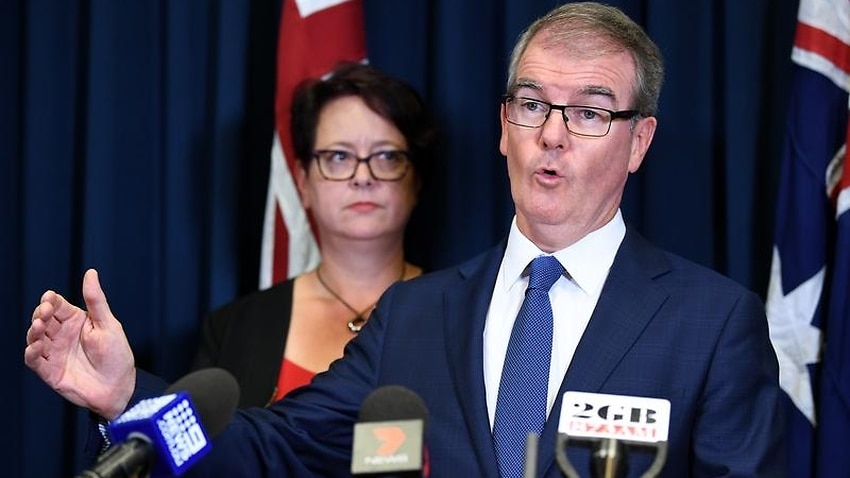 Michael Daley has quit as NSW Labor leader following the party's poor showing in the weekend's state election, but he's vowed to contest a leadership ballot to be held after the federal poll.

Mr Daley on Monday evening said he would stand aside until after the federal election - due in May - with deputy leader Penny Sharpe to fill in as interim leader.

To do otherwise would be an unnecessary distraction from the task of trying to elect a Bill Shorten federal government, he said in a statement.

"It is my intention to re-nominate for the leadership of the ALP state parliamentary Labor party when those nominations are open," Mr Daley told reporters on Monday evening.

NSW Labor executives delayed the spill until after the federal election to limit any negative impact on the federal campaign.

A ballot is required following an election defeat under the party's rule. The ballot is of the caucus and rank-and-file members with both blocks given equal weight.

Mr Daley said under normal circumstances an interim leader would be appointed until a ballot was called, and while the process had been interrupted by the impending federal election, it was in the spirit of the rules for him to stand down.

Mr Daley's final week of the campaign was a disaster.

A video from September emerged of him telling a pub forum that Asian migrants were taking local jobs and then he stumbled on key numbers behind his education policies during a live television debate.

However, Mr Daley on Monday defended his record saying he had "picked up the pieces that the party was in" when he took the over in November following the resignation of Luke Foley.

"Most leaders get four years to establish themselves, I had four months," he said.

"I take responsibility for my fair share of what happened in the election but there's a lot of factors in elections and I certainly worked as hard as I (could)."

The Labor leader insisted he had support.

"I've spoken to a great many colleagues today (and) all of the conversations I've had have been positive," he said.

"That's what's encouraged me again today to say that I will be recontesting the leadership."

Interim leader Ms Sharpe said she won't run in the leadership ballot because she's in the upper house.

She suggested the new full-time leader would be in place "by the end of June".

The Berejiklian government secured a majority in NSW by winning 48 seats in the 93-seat lower house.

On Monday evening the ABC called the electorate of East Hills as being retained by the Liberals.

Labor picked up just two seats on Saturday in Coogee and Lismore.