A Swedish public television station is using a musical video with dancing tampons to teach children about menstruation.

A Swedish children's television show has used a video with dancing tampons to destigmatise menstruation.

The musical segment, hosted by Alex Hermansson, 23, on the channel Barnkanalen features four tampons dressed as pirates and kings.

Hermansson is shown strumming a guitar in the video, which will air in Sweden on Friday during a longer program on menstruation, and singing and rapping The Period Song.

"The body’s working as it should, and that is really, really good – hooray!"

Hermansson told Swedish news outlet The Local the only awkward part of the video "was to sing in public, just because I am really not an experienced singer".
"I think it's just fun and cool to talk about periods," he said.
"The more knowledge and transparency [there is] the less of a stigma that many girls carry."
At one point the video shows the dancing tampons sitting in red liquid to show how they absord fluid.
The Local quoted the head of programming for the Swedish public broadcaster SVT, Petter Bragée, saying he thought it was appropriate to air the video.
"You should be able to talk about the most natural thing as half the world's population is involved," he said.
It is not the first time Swedish television has pushed the boundaries of what parents consider to be appropriate for children.
Earlier this year the same show aired a video with dancing genitals which divided opinion among parents.
That video, called Snoppen & Snippan, which translates as Willlie and Twinkle, and has been viewed more than six million times on YouTube.
The full lyrics of The Period Song:
It's a thing that happens to girls sometimes
They don't want to talk about it
Maybe they're a bit ashamed
They don't want us to know anything at all
But we know, that's it, it's something totally normal
We just need to be a little extra nice to them
Show a little patience
It's just a little blood
Period, period, hip hip hooray for period!
The body's working as it should
And that is really, really good - hooray! 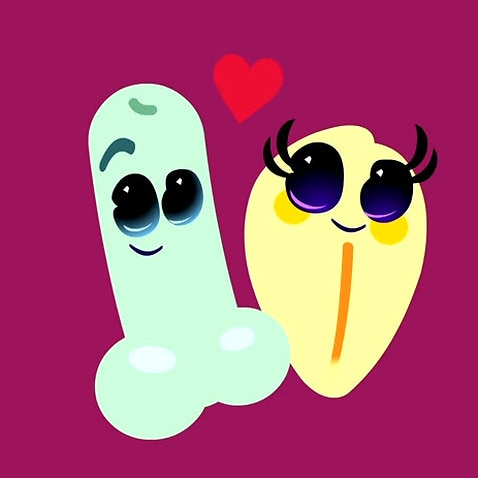