The Victorian premier described Delta as a "great challenge" and said he wanted to avoid an outbreak of the scale being experienced in Sydney. 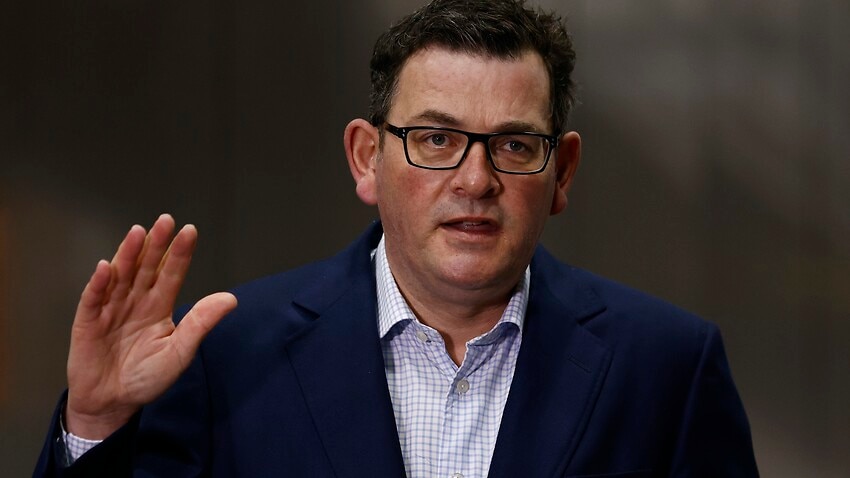 Victorian Premier Daniel Andrews has confirmed the state's lockdown will be extended after it recorded 16 new locally acquired cases of COVID-19.

"These restrictions simply cannot end at midnight tomorrow night. That would not be the responsible thing to do," he told reporters on Monday.

The lockdown had been scheduled to end at midnight on Tuesday. Mr Andrews would not say how long the current restrictions would last.

It comes after the state recorded four new local COVID-19 cases in addition to the 12 new infections reported overnight.

Testing numbers, exposure sites and test results on Monday would guide the lockdown extension, he said, adding that he hoped to be able to tell Victorians how long that may be on Tuesday.

But he warned that even when Victoria has dealt with the current outbreak, keeping its borders safe would remain an "ongoing challenge".

Victoria's lockdown to be extended

"Unless case numbers in Sydney dramatically reduce, we're going to have an ongoing challenge in terms of defending that border to the north," he said.

"Making sure nobody who has this virus is coming to our state. That's for another day, that's principally our challenge, but we'll be calling on the community to play their part in that for a lengthy period of time."

The 12 new local infections in the 24 hours to Monday morning are all linked to the current outbreak and include a man in the regional town of Mildura, previously announced by authorities, and his household contact.

Four people who dined at Ms Frankie in Cremorne have also tested positive as well as two Trinity Grammar students.

Other cases include a person who attended the Wallabies v France rugby match at AAMI Park, a close contact of the group of friends who went to Phillip Island, a Bacchus Marsh Grammar teacher and a patron of the Young and Jacksons pub in Melbourne.

Victoria's Chief Health Officer Brett Sutton is particularly concerned about the final case: a patron of the Crafty Squire, another Melbourne pub, which hosted a Euro 2020 soccer final event on 12 July.

"It is absolutely an example of how quickly this variant is moving and the short time we're seeing between exposure and then being infectious," he said.

"Last year we would not have seen any circumstances where someone who had been exposed was transmitting to someone else a day and a half later."

The venue has been listed as a tier-one exposure site, with everyone at the event required to get tested immediately and quarantine for 14 days.

The four additional cases, which will be included in Tuesday's figures, are also linked to the outbreak and have been isolating throughout their infectious period.

There are currently 15,800 primary close contacts in quarantine or isolation.

Mr Andrews described the Delta variant as a "great challenge" and said the current number of cases confirmed the decision to lock down the state was the right one.

"We have made great progress. We have avoided thousands and thousands of cases," he said.

Read More
One in four unvaccinated Australians over 70 are waiting for a different COVID-19 vaccine, survey suggests

There are now more than 250 exposure sites linked to the outbreak with new sites including a number of restaurants, cafes and fitness centres across Melbourne's north and south-east, and a Shell petrol station in Doncaster East.

The growing list of sites and restrictions can be found here.

There were 54,839 test results returned during the 24 hours to Monday and 14,758 vaccines administered.