Love, intimacy and companionship: a tale of robots in Japan

Japan’s ageing population is struggling with a loneliness epidemic, but they may have found a solution; robots. 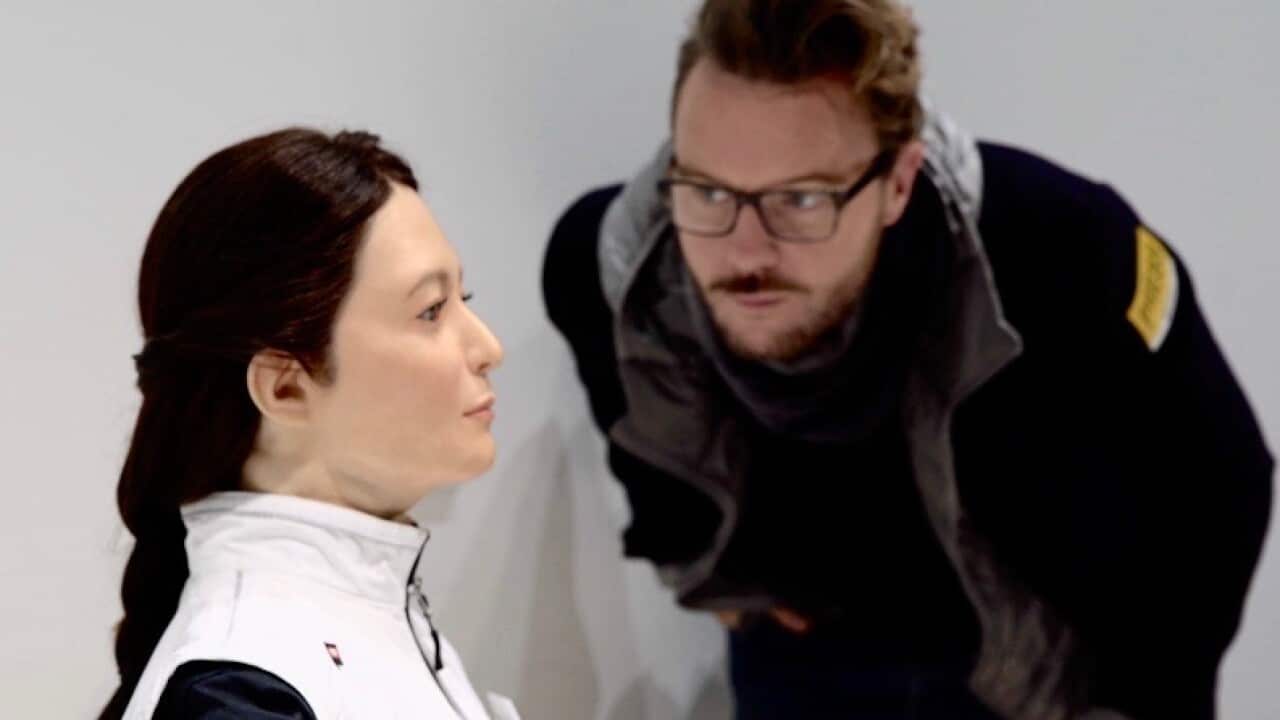 I’ve arrived on a narrow grey lane on the outskirts of Tokyo’s sprawl. All around are modest apartment blocks full of elderly people. It’s unremarkable and quiet, until Rieko Kawachi comes on the scene.

She comes quickly down her front stairs, and into the street to greet me. East meets West as we both bow and shake hands. She’s a sprightly 66 years old, with all the energy of a kindly grandmother.

Except her granddaughter isn’t flesh and blood – she’s plastic and silicon.

Advertisement
Japan is a country deep in procrastination over procreation – and Rieko’s kids are following the trend. With no grandkids, Rieko and her husband decided to bring Pepper into their lives.

Pepper’s a companion robot. More than ten thousand of them are in homes and businesses across Japan. They’re purchased on payment plans, much like a cell phone. And while I find Pepper’s constant chattering to be a little tiresome, this elderly couple say it enriches their lives.

“Japanese couples don’t have much to talk about once their children leave home,” Reiko tells me over the sewing machine, where she’s making jaunty outfits for her robot – a sailor suit, a Santa Claus suit and a butler’s suit – all with a hole in the front to accommodate a control panel.

“With Pepper we feel like a child has come into our lives”.

I reflect on my own grandmother and what I imagine would be her reluctance to have a robot companion in her twilight years. But things are different in Japan. A nationwide love of technology and a cultural ability to anthropomorphise provide the perfect environment for robots to shine.

Plus, the country needs them.

Enter robots again. In a world where most people are afraid of automation taking their jobs away, Japan is a country that needs them for industry to survive.

On the production line of the Glory robot factory I visit, the robots are treated just as lovingly as Rieko’s surrogate grandchild Pepper. Well, they don’t have custom Santa suits, but the factory robots are definitely respected for their speed and work ethic.

“Much easier to manage than humans,” the factory owner tells me.

“If they break down, we can fix them within an hour. Humans can be sick for days.”

The factory robots look a bit like the product of a breeding programme between Disney’s Wall E and Schwarzenegger’s Terminator. But their shape is for practicality rather than human relationships – they fit into workstations designed for humans. It’s hard to imagine laid-off workers in Australia’s manufacturing industry feeling such affection for their robot replacements.

Of course “robots stole my job” is going to be something we all hear a lot more of soon. But humanity is also going to need to come to terms with human-robot relationships.

Artificial intelligence (AI) is already advanced enough to be able to stimulate our brains with casual conversation.

It’s difficult to say whether or not robots will solve the modern Japanese challenges of loneliness, childlessness and an ageing population. But the people I met in Japan are living evidence that robots will change the way we imagine human relationships.

For a population that is literally dying out, a little company – even if it is artificial – is better than none.