Nasreen was working in a sweatshop at nine. She wants governments to step up to prevent modern slavery

A report found almost 29 million women and girls are victims of modern slavery. Nasreen was a child labourer at the age of nine. She managed to escape but wants people to be conscious of where their clothes are coming from. 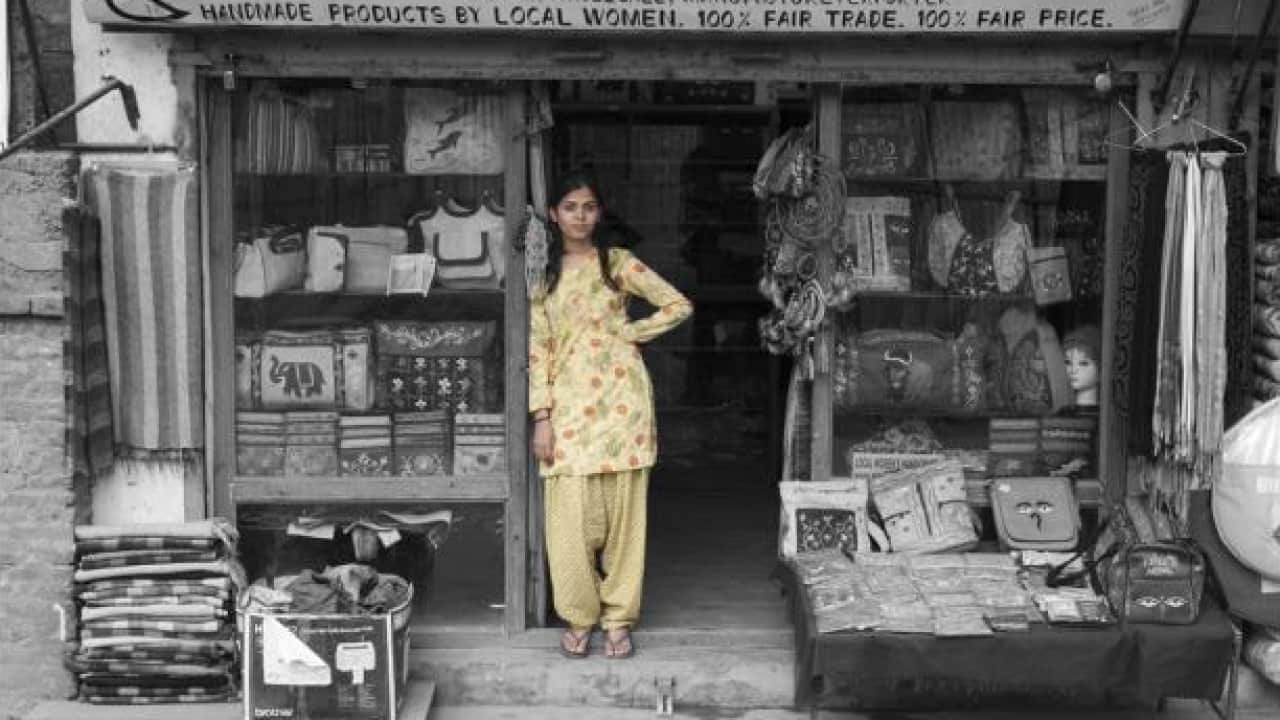 One in every 130 women in the world is living through modern-day slavery. Nasreen Sheikh was among a number of young girls and women subjected to modern slavery and started working in a sweatshop when she was only nine.

“I don't know if the world can ever feel the pain and the suffering that I feel,” Nasreen told Dateline.

Nasreen started working in a sweatshop in Nepal's capital Kathmandu when she was only nine. Source: Supplied

Advertisement
‘Stacked Odds’ a report from Walk Free - an independent, privately funded international human rights organisation- has found that there are almost 29 million women and girls around the world who are experiencinga form of modern slavery.  They found 71 per cent of victims are women and girls.

“There are more women and girls living in slavery than there are citizens of Australia,” Grace Forrest, co-founder of Walk Free told Dateline.

“What all these things have in common is that it is one person exploited by another for personal or financial gain, where a person has very little if any control of their own body, future, and life.”

'Whoever is going to wear this T-shirt, I hope they can feel my blood through my tears'

Nasreen grew up in a small village between Nepal and India, and says it's not easily accessible on maps or books. People born in her village, she says, don't often receive birth certificates and other identifying documents.

"For that reason, I don't know exactly how old I am. And I always make a guess," she said.

Nasreen guesses she is now somewhere between 27 or 28 years old.

She was undocumented, without any proof of age or identification, and it's something she believes allows for people to be exploited.

"If we lose our hand in that process or if we lose our eyes or have some accident or injury happens. We will never be able to make a police report because we don't have any documents," she said.

She remembers being taken to Kathmandu to work in a manufacturing factory along with her cousins as a child - at the average age of a Year 4 student in Australia.

"I had to stitch the same thing probably thousands and thousands of times. We also had like a quota that I have to finish 600 or even 700 pieces sometime in a week."

Nasreen says if the pieces weren't finished by her deadline, she would not be paid for all the work she had done during the week. It meant waking up at 4AM to work until midnight, and even then, there were piles of clothes left over.

The clothes were destined for mainstream retail stories in places like the US.

"I would just cry and I couldn't even talk to anybody. So I started to talk to the shirt that I was making and saying that whoever is going to wear this T-shirt, I hope they can feel my blood through my tears. It literally became like my song."

After two months working in that small room, the factory closed. Nasreen was then turned into what she calls a "street kid", and at only nine years old it presented her with a precarious situation.

"I was exposed to the street and that is how in Nepal 10,000 plus women and girls get into sex trafficking," she said, "I could have completely gone into that hole. And I was just very, very fortunate to meet a good person."

The man she met allowed her to go to school and receive an education, and it was then where she began to better understand her life, and family history.

Nasreen comes from a long line of relatives who've found their way in poor working and living conditions back home in Nepal.

Her father, she says, "lost his brain" working in a car factory due to intense conditions before she was even born, while her uncle was a child labourer who eventually lost his sight and died at the age of 30.

And not only was Nasreen a child labourer, her sister was forced into marriage when she was only 12.

"And when she was like 15 she already had a child and now she has six children," she said.

Nareen hasn't seen her older sister for almost ten years, and says that young girls and women like her sister are powerless in this situation.

"They get forced into that situation to become a baby-making machine that eventually serves the corporation's needs like all these unregulated corporations," she said.

Nasreen was able to access education after being a child labourer, and didn't waste any time. While still a teenager, she got to work advocating for young girls and women in sweatshops.

In 2008, she started her own business called Local Women Handicrafts.

"Basically [it was] a mission to rescue those women who are a part of sweatshops and train them how to make ethical fashion," she said.

Through her work, she visited the US in 2015 to speak at a conference about the working conditions of young women and girls. Ever since, she's been travelling back and forth between Nepal and the US.

Forrest says Walk Free's report is looking to create roadmaps for governments and businesses to eradicate modern-slavery, and the "stacked odds" against women and girls around the world.

'I feel like people are consuming suffering very happily'

Nasreen remembers the first time she visited a department store in the US: she was hit with a flood of emotions because she was seeing the shirts she used to sleep on all those years ago.

"Everybody was shopping and being happy. But I saw those clothes and those products as a blood, I literally saw as a human suffering," she said.

"And I cried into tears, and I just can't go into those stores. And I feel like people are consuming suffering very happily. And they don't know the other part of the story."

After her first trip to America, Nasreen along with a few others set-up the 'Empowerment Collective'. The purpose is similar to her first venture as a teen: to rescue, train and provide young women and girls skills.

A few weeks ago, Nasreen returned to the US from her village after interviewing over 400 women.

Nasreen wants people to be aware of where their clothes are coming from and governments and organisations to take necessary steps to stop people from being exploited.

"I think the best and the easiest way to help and support is to support these small businesses which are run by the families," she said.

"The easiest way is to ask questions; where are my clothes made and who made it?"

And then she says it will force companies to regulate.

"Once they become regulated, they will tell the story of the artist that is making that [product] and in that case, nobody will buy my story, because nobody wants to see a young child working in the factory for 12 to 15 hours a day."