Natasha and Erik’s twins were taken away by Norway’s child protection service as soon as they were born. Now the family are fugitives in Poland, in a case that’s appalled psychologist Einar Salvesen.

In early June, Natasha and Erik took their nine-month-old twins and went into hiding. They had been told that Norway’s Child Protection Service known as Barnevernet were planning to take their girls away for a second time.

They then made a desperate escape to Poland where they are applying for asylum. If Natasha and Erik return to Norway, their children will be taken into permanent foster care.

I have been involved with this case as a psychologist and court witness and can share some of my insights that led up to this dramatic turn of events.

Natasha and Erik had their twin girls forcibly removed just hours after birth because of a fraudulent document in the system stating Natasha was mentally disabled.

The couple went to court and challenged Barnevernet’s removal submitting medical evidence and tests proving that Natasha was not mentally disabled in any way. The court argued that they needed more information concerning Natasha and Erik’s ability to care for their twin girls, then aged seven months.

Barnevernet overturned their emergency care order stating that the future care of the twins would be decided on by the court after it had reviewed more evidence on the couple’s parenting abilities.

Natasha and Erik were to live in an institution with their children until the court reconvened on June 27. The foster mother, who had looked after the twins since birth, also lived there for part of the time as well.

The supervision and assessment went on for about a month. The interaction with the parents and their children developed extremely well during this time. They were reconnecting and bonding.

Towards the end of the month-long assessment, the twins only spent one hour a day with the foster mother.

It was noted that the children slept very badly during the seven months of foster care, but after only two nights with the parents they slept throughout the night without interruption.

But despite these positive developments Barnevernet made a surprise decision.

At an evaluation meeting, a Barnevernet officer informed the parents and their lawyer that the twins would be sent back to the foster mother on June 17.

This came as a complete shock to all of them. It was also in breach of the original court order which stated the children should remain with their parents until June 27 when the court would make its final decision.

Natasha and Erik were absolutely distressed by this new decision as it would expose their twin baby girls to yet another round of separation and trauma.

From their perspective they saw this as a major assault on their children’s welfare and decided to take the case into their own hands, fled the institution and went into hiding.

They became outlaws charged with kidnapping their own children, but from an ethical point of view, I see these parents had no other choice and took the only action they could.  Another separation would hinder the parent’s ability to further bond with their children so vital at this age.

In light of the court proceedings, Barnevernet seemed to be acting out of self interest in an attempt to justify its actions. Its decision clearly had nothing to do with Natasha and Erik’s ability to care for their children, who from my own observations, were more than capable parents.

But why would Barnevernet want to return the children to the foster mother before the court decision? I believe they were not only trying to protect themselves from public scrutiny but also attempting to sway the court.

If Natasha and Erik were to win in court on June 27, Barnevernet would be able to challenge the verdict and argue that the children stay where they are, with the foster mother, until the appeal process would be over.

The court, hesitant to uproot and move children once again, might go along with this advice despite the fact that is was proven that Barnevernet had no justified cause to remove the children in the first place.

One can only speculate, but I see no other explanation for why they would place the children back with the foster mother other than as a heartless tactic to secure a court decision in their favour.  What other reason could explain this decision?

While Natasha and Erik were in hiding they asked their lawyer to find a neutral psychologist who could observe and assess the situation of the twins as well as their parenting abilities and act as a witness in court.

I was called in and spent three hours with the couple and their children in hiding as they did not dare show up for court in person.

Over the years, I have been used as an expert court witness in numerous cases for both Barnevernet and parents who have challenged Barnevernet decisions. So I am very experienced with the concerns of the court in these matters.

One court witness, from the institution in charge of assessing Natasha and Erik, testified that the couple’s parental care was insufficient. They argued that the twins would lose weight, sleep poorly, and lack routine, if in the care of Natasha and Erik.

However, my observations and interviews with the parents proved the opposite. I found the twins to be in more than adequate physical and emotional care.  The babies had gained weight, they looked rested with physical function developing normally.

Overall they seemed happy and satisfied which is remarkable given the stress their parents were under. Why were my children taken away?

When I was called to be a witness in court I faced an irritable judge, an icy expert and fiercely hostile municipal attorney. It was mainly a cross-examination where they seemed to take little interest in my report on the children’s wellbeing and were much more concerned about how the couple had fled and violated the law.

They told me repeatedly I was obliged to inform the court where the twins could be found. That I should consider my career as a psychologist and if I did not divulge their whereabouts there would be severe consequences.

I repeatedly told the court that the parents acted out of self-defence against government mistreatment and due to the facts in the case I supported their action. 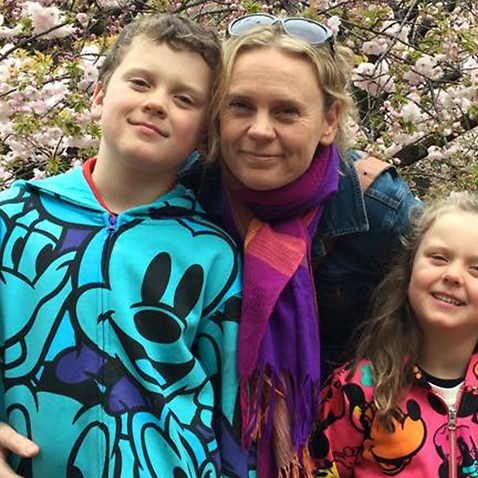 Could we all be accused of bad parenting?

Unless the court could provide me with information or evidence that the parents were or could become a danger to children’s safety, or that they could be violent, were drug addicts or in some other way out of balance that could possibly harm the children, I had no reason to inform the court.

I was also called in by the police who requested their location as well.  I informed the police officer of my visit to the family and what I had observed. The tone of the interview was friendly and factual. In stark contrast to the court the police officer respected my decision not to disclose their address and commented several times that the main thing was the twins were safe.

On June 27th the verdict of the court ruled in favour of Barnevernet.  The twins were to be placed in permanent foster care and the parents would be allowed to visit them four times a year.

At this time Natasha and Erik escaped to Poland with their children. I have been informed by the Polish embassy that there is huge support for them by the Polish people. We have received videos, photos as well as reports from various sources concerning the children who are developing normally and are well cared for by their parents.

With their asylum claim pending, the fate of Natasha, Erik and the twins is yet to be determined.

There is no doubt this case highlights the very worst that can happen with Barnevernet and the limited recourse parents have within the Norwegian court system. But this case has also received widespread media coverage raising greater awareness within Norwegian society.

It has shown how the system is broken and the many flaws that stem from the psychopathic culture lies within it. My question is, how can we can overhaul this system and create a dialogue so we can act in the best interests of both the child and the family?

Barnevernet won’t comment on individual cases, so Dateline can only present the parents’ side of each specific story. Barnevernet says it only acts when it believes children are at serious and immediate risk.