Georgina Davies travelled to Norway to report for Dateline on the increase in children being taken away from their parents by the authorities, but it raised questions for the mum of two about how all parents look after their children.

As a parent myself I can’t imagine anything more horrible than losing my children. They are my world and my reason for being. But when I hear stories of child abuse, violence, neglect or sexual abuse it makes me feel physically ill. Parents who do that deserve to lose their children.

Here lies my biggest dilemma in telling this story for Dateline. I was never going to get to the real truth. I would never know what went on inside any of the homes of the parents I met and spoke to. I could only hear their stories of anguish and despair, their denials of wrongdoing, talk to their lawyers, and then weigh it up myself.

Norway’s child protection service known as Barnevernet will not comment on individual cases, so I would never hear the story from its point of view. This left me wondering, did these parents really beat their kids? Were they really mentally unstable? Did they spank a little too hard and too often?

It’s the same dilemma for the officers who work for Barnevernet. They have to determine who’s telling the truth. They have to speculate on what really goes on inside a family, then they must make a judgement call.

Intervene too early and eagerly without being sure there’s a problem and they are accused of stealing kids. Wait too long and they risk kids being badly hurt inside a violent or abusive home.

But the more digging I did - the more parents I found with the same kind of story. Parents who say their children were taken away for no good reason. That the sudden and traumatic removals were based on speculation and weak evidence.

A whisper at school that turned into a report to authorities. Something a neighbour heard.  Parents who were barely assessed told they lack parenting skills.

I asked Anders Henriksen from Barnevernet what ‘lack of parenting skills’ actually means. He said it could be a wide variety of things, from connection problems between parent and child, inability to provide a child with daily needs, a child who is falling behind at school, or a parent who is in mentally unstable. Comment: The very worst that can happen with child protection

It’s a difficult job deciding if parents are good or bad - if children are safe or in danger.  According to Einar Salvesen, a psychologist who has assessed many families for Barnevernet, the biggest problem in the system occurs at this assessment stage. He wrote to the government describing Barnevernet as a “dysfunctional organisation which makes far-reaching errors of judgement with serious consequences”.

Einar tells me that in these assessments, too much emphasis is placed on the small details. Are the parents anxious and depressed? What kind of connection do they have with the child? Do they make eye contact and hug each other? Of course when a child protection officer is watching you interact with your kids, taking notes and examining your every move, you’re bound to feel anxious. I know I would.

As a parent, I have often felt over stressed. After weeks working on a story – like this one – I’ll come up for air and realise one of my kids is falling behind in maths, and has been for months.

My very creative six-year-old is away with the fairies making up stories in her head and not looking at me when I speak to her. Could I be accused of lacking parenting skills? Of not having eye contact? Failure of care? Yes perhaps I could - but couldn’t we all? The most talked about case in Norwegian child protection is that of the Bodnariu children . Five kids of half-Romanian descent taken away for smacking in the home. The parents admitted that they had smacked the kids occasionally and lightly, but said they were willing to stop this practice.

I had organised to interview Marius and Ruth Bodariu on the day after their court case.  Seven months after their kids had been taken away, Barnevernet was presenting a case to have the children adopted out permanently. Ruth and Marius were fighting for them to come home.

As I was travelling to their farm near the idyllic town of Naustdal, I received a phone call. I could hear children’s laughter in the background. It was Marius  - he told me that he had his two girls in the car with him and he was bringing them home.

Normally the court takes weeks to come to a decision, but their case had been dropped and the children handed over straight away.

I asked Marius if I could meet him at home and film the happy homecoming. Very apologetically he explained that the children were returned with a few conditions attached. One of which was not to talk to the media.

Spanking is a contentious subject. It’s prohibited in 42 countries.  As a parent I’ve often felt the urge to give my kids a little hit across the bottom when they are driving me insane. Sometimes when you are at the end of your tether, you scream, you swear, you raise your hand. You momentarily become a bad parent.

As a child I remember running up the stairs as my mum tried to whack me with a wooden spoon. But would I have wanted to be taken away from her and raised in foster care – hell no. 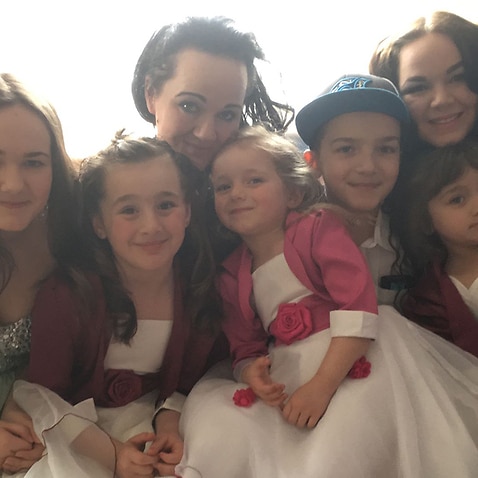 Why were my children taken away?

As Anders Henriksen from Barnevernet told me, the court system is there to ensure justice is done. If children were removed unnecessarily then the court would decide to send them back home. But around 90 per cent of cases are won by Barnevernet and children remain in foster care.

Barnevernet says this is because they only put forward the most serious cases. Einar Salvesen says it’s because the expert witnesses used in these cases are not independent and impartial. He says if they agree with Barnevernet’s assessment, they continue to get employed.

Over the last few months, the foreign media has picked up on these stories of children being removed unnecessarily. There is a lot of criticism in the media and the debate has opened up inside Norway.

But what’s interesting is that Norwegian people don’t seem to accept there’s a problem. They’re used to the idea that the government will look after them. Do what’s right and what’s best.  Norway is known worldwide for having an enviable welfare system.

After filming in the northern town of Trondheim, I stopped by the local food market to buy some elk salami. The sausage maker was excited to have an Australian at his stall and asked what I was doing in Norway.

When I said I was looking into a story about problems in Barnevernet, he sighed and waved me off.  “What a load of rubbish,” he said in very good English. “There’s no problem here in Norway – our system is the best in the world.”