The Democratic vice-presidential pick gained part of her foundation from her mother’s side of the family, which defied stereotypes in India and promoted equality for women.

One of Senator Kamala Harris’ brightest childhood memories was walking down the beach hand in hand with her Indian grandfather.

Her grandfather, P.V. Gopalan, had served for decades in the Indian government, and his ritual, nearly every morning, was to meet up with his retired buddies and talk politics as they strolled along the beach in Besant Nagar, a seaside neighbourhood in Chennai where brightly painted fishing boats line the sand and Hindu temples stare out at the sea. During her visits from the United States, Harris tagged along while the men discussed equal rights, corruption and the direction India was headed.

“I remember the stories that they would tell and the passion with which they spoke about the importance of democracy,” Harris said in a 2018 speech to an Indian-American group. “As I reflect on those moments in my life that have had the most impact on who I am today — I wasn’t conscious of it at the time — but it was those walks on the beach with my grandfather in Besant Nagar that had a profound impact on who I am today.”

Although Harris has been more understated about her Indian heritage than her experience as a Black woman, her path to U.S. vice-presidential pick has also been guided by the values of her Indian-born mother, her Indian grandfather and her wider Indian family who have provided a lifelong support network that endures even from 12,900 kilometres away.

Her grandfather, wearing Coke-bottle glasses and often a necktie during strolls, may have looked like many other upper-crust Indian gentlemen. But he defied the conservative stereotypes of his era, embodying a progressive outlook on public service and unswerving support for women, especially in terms of their education, that was years ahead of his time.

He instilled great confidence in Harris’ mother, Shyamala Gopalan, who came to America in the late 1950s young and alone and made a career as a breast cancer researcher before dying of cancer in 2009.

Harris remains close to her mother’s side of the family — her aunts and uncle can talk for hours from their homes in India about the bruising battles she has fought in San Francisco, Sacramento or Washington, giving the impression that they had ringside seats. 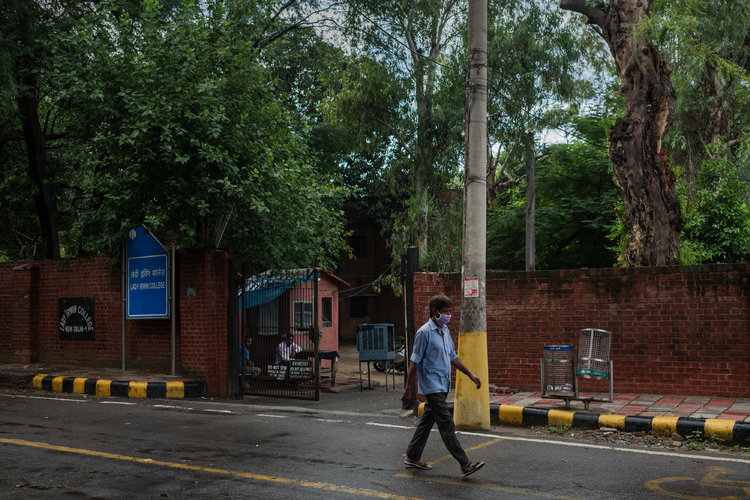 Her uncle, G. Balachandran, who lives in New Delhi, recalled visiting Harris in California about 15 years ago when she was San Francisco’s district attorney and was taking heat for not seeking the death penalty for a man accused of killing a police officer. She considered the death penalty flawed on many levels, both high-minded and pragmatic: racial inequities being one and the cost of pursuing the cases being another. Despite intense pressure from police officers and some of the top politicians in the state, Harris didn’t back down.

“She got that from her mother,” her uncle said. “Shyamala always taught her: Don’t let anyone push you around.”

During a later race for California attorney general, Harris called her aunt Sarala Gopalan in Chennai and asked her to break coconuts for good luck at a Hindu temple overlooking the beach at Besant Nagar where she used to walk with her grandfather.

The aunt lined up 108 coconuts — an auspicious number in Hinduism — to be smashed. “And it takes a whole day to arrange that,” she said. Harris won the election, by the slimmest of margins. That beach is now shut. With India hit hard by the coronavirus pandemic and much of the country still locked down, the environs that Harris so fondly remembers are desolate. Last week a few sinewy, shirtless fishermen stood ankle deep in the waves and tugged hand lines, hoping for a fish.

Because of the foreign policy positions Harris has staked out as a senator, she has some detractors in India. But across the country she evokes enormous pride, particularly in the beachside community where she traces her roots.

“That family had an immaculate reputation,” said N. Vyas, a retired doctor who was their upstairs neighbour. “They never raved about the great things that they have done in Delhi or something like that. They were straight-shooters — down-to-earth, happy people.”

Vyas’ wife, Jayanti, who is also a retired doctor and who was leaning in the doorway, shook her head with a knowing smile.

“We are not surprised,” she said of Harris’ being named the first woman of colour on the presidential ticket of a major US party.

“See, all the women in her family are strong personalities,” she said. “These are women who know what they are talking and what they are saying.”

The Gopalan story started in a small village south of Chennai called Painganadu, where Harris’ grandfather was born in 1911. In terms of India’s caste system, the family was at the top of the heap. They were Tamil Brahmins, an elite subculture known as TamBrahms. But Harris’ uncle said that the family never looked down their noses at lower castes and that his parents valued, above all else, education.

The grandfather left the village as a young man to take a job as a stenographer for the British colonial government. Harris wrote in her memoir that he had been part of India’s independence movement, but other family members said he had never mentioned this. Had he openly campaigned, like Mohandas K. Gandhi or other freedom fighters, to break off from Britain, he might not have gotten too far with his British bosses.

After India’s independence in 1947, the grandfather continued as a civil servant for the new Indian government, and the Gopalans moved around a lot. Harris’ mother, the eldest of four children, grew up like a military brat, adjusting to a new city every few years as her father was reposted.

Bright, determined and with a mellifluous voice that won her many singing prizes, Gopalan attended college in Delhi and studied home science, a vague field that touched on nutrition and children’s development. Her grandfather had higher hopes.

“What are you going to do with this home science degree, entertain guests?” he teased, according to Harris’ uncle.

So when Gopalan won admission to a PhD program at the University of California, Berkeley, to study nutrition and endocrinology (without anyone in the family knowing she had applied), her grandfather did not hesitate to pay, even though it was a lot of money for a civil servant. “One thing that he strongly believed in was that, whether it is a son or a daughter, they must be equally educated,” said Harris’ aunt, who became a well-known gynaecologist. “I do not know whose influence it was, but this is how he was. He was very progressive.”

And she added, “He would do anything for us.”

Gopalan was only 19 when she arrived in Berkeley. Few Indians lived in the United States at the time, and she didn’t have many Indian friends.

“Whenever I would go to visit, she would say, ‘Bala, this is my neighbour and that is my old friend,’ pointing at Black Americans,” recalled her uncle, Balachandran, whose family nickname is Bala.

Gopalan quickly fell into a civil rights scene, marching in protests, being attacked by police officers with fire hoses and once, later on, racing away from a violent skirmish with Harris in a stroller. Berkeley was a hive of political activity.

It was also where she met Donald Harris, a graduate student from Jamaica who specialised in leftist economic theory. He was her first boyfriend. Balachandran chalked up their romance to “philosophical affinity.”

When the couple married, Harris’ grandparents offered their blessings. The interracial dimension didn’t bother them, her aunt and uncle said. Harris’ grandmother was so proud that she took out wedding announcements in The Illustrated Weekly, one of the classiest magazines of its day.

The couple soon had two daughters: Kamala, meaning “lotus” in Sanskrit, and Maya, meaning “illusion.” But the relationship didn’t last. Her mother filed for divorce when Harris was seven.

For Gopalan, it was important to maintain her Indian heritage. She introduced her daughters to Hindu mythology and South Indian dishes such as dosa and idli, and took them to a nearby Hindu temple where she occasionally sang. She also stayed close to her parents and flew back every few years to Chennai, on India’s southeast coast, where her parents had settled.

But as Harris explained in her memoir, published last year: “My mother understood very well that she was raising two Black daughters. She knew that her adopted homeland would see Maya and me as Black girls.” Harris is a symbol of the fluid, multicultural society that is increasingly part of the American political landscape, and she has said that when she first ran for office, she struggled with trying to define herself for others.

“I don’t blame her,” said Karthick Ramakrishnan, a political scientist at the University of California, Riverside, who focuses on Asian-American communities. “But I think in the course of her presidential campaign she became more comfortable talking about her identity.”

The reaction to Harris in India has been mixed. There has been excitement — and front-page newspaper articles. But there has also been suspicion.

Harris has expressed concern about Kashmir, whose statehood India’s central government revoked last year. And she criticised India’s foreign minister after he refused to meet with an Indian-American congresswoman who was also critical about Kashmir.

Kashmir is one of the most bitterly divisive issues in India. While many on India’s left have celebrated Harris’ rise, others on the right have criticised her, calling her a sellout.

“It’s going to be hard to get an unequivocal hurrah, because Indian politics are polarised as well,” said Suhasini Haidar, a prominent Indian journalist.

Harris has not been back to India since her mother died 11 years ago. It had been her mother’s dying wish to return. In the end, Harris returned with her ashes.

It was obvious where they would go.

One sunny morning, Harris and her uncle walked down to the beach in Besant Nagar where she used to stroll with her grandfather all those years ago, and scattered the ashes on the waves.