Protests and riots are erupting on the street of Belarus after an exit poll suggested their president would be reelected.

The results of the election, held on Sunday, suggest President Alexander Lukashenko won nearly 80 per cent of the vote.

For thousands of outraged Belarusians, these numbers are simply unbelievable.  Police are using stun grenades to disperse crowds in the city centre who refuse to accept a result they say is undemocratic.

Its scenes Lukashenko might not have been expecting. The president has been the leader of the former Soviet state since 1994. The last five elections were not hard-fought, with little public opposition, earning him the informal title of ‘Europe’s last dictator’.

This election has been different. 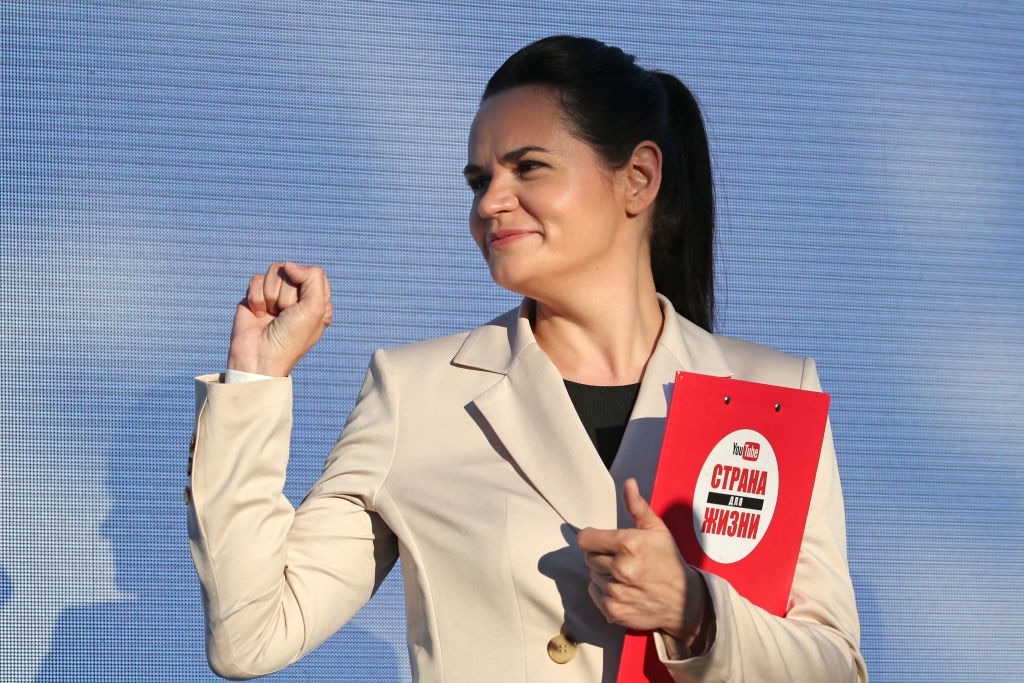 It has been held in the backdrop of the coronavirus pandemic, of which Lukashenko famously said could be cured by vodka and playing ice-hockey, and growing frustrations toward the 65-year-olds leadership.

This groundswell for change has been capitalised by three women, whose husbands were barred from running against the president.

Svetlana Tikhanovskaya’s husband, Sergei, is a popular YouTuber who launched a campaign against Lukashenko but has been in jail since May, arrested for plotting “mass disturbances”.

Tikhanovskaya then entered the election in place of her jailed husband. The former teacher previously had nothing to do with politics.

The 37-year-old has been backed by Veronika Tsepkalo and Maria Kolesnikova, the wife and campaign manager of two other presidential candidates barred from running.

The three women formed a team that has been campaigning steadily against the standing president since May, a historic occurrence in the country that human rights groups say has not seen a fair election since 1995.

Some of the family of the campaign team have been forced to flee. Veronika Tsepkalo’s husband, Valery, fled Belarus ahead of the contest, fearing arrest. Veronika stayed and became Tikhanovskaya’s campaign manager, while Tikhanovskaya said she sent her children to Europe to keep them safe.

Since the beginning of the presidential campaign in May, Tikhanouskaya's rallies have drawn some of the biggest crowds since the fall of the Soviet Union in 1991. On Sunday, she arrived at a polling station with hundreds of supporters chanting her name.

The inexperienced politician has even said herself that she feels like “a weak person to face the actions of the government towards me as a mother and a wife.”

"I am just the same, un self-confident person I was," Ms Tikhanovskaya told Sky News at the weekend.

"But this is my mission - I have to overcome all these difficulties and bring our country to a free future and become a mother and wife again.

"People say that usually women are weak. Maybe we are. But when there is need, when our duty calls us and we have to be strong, we are." 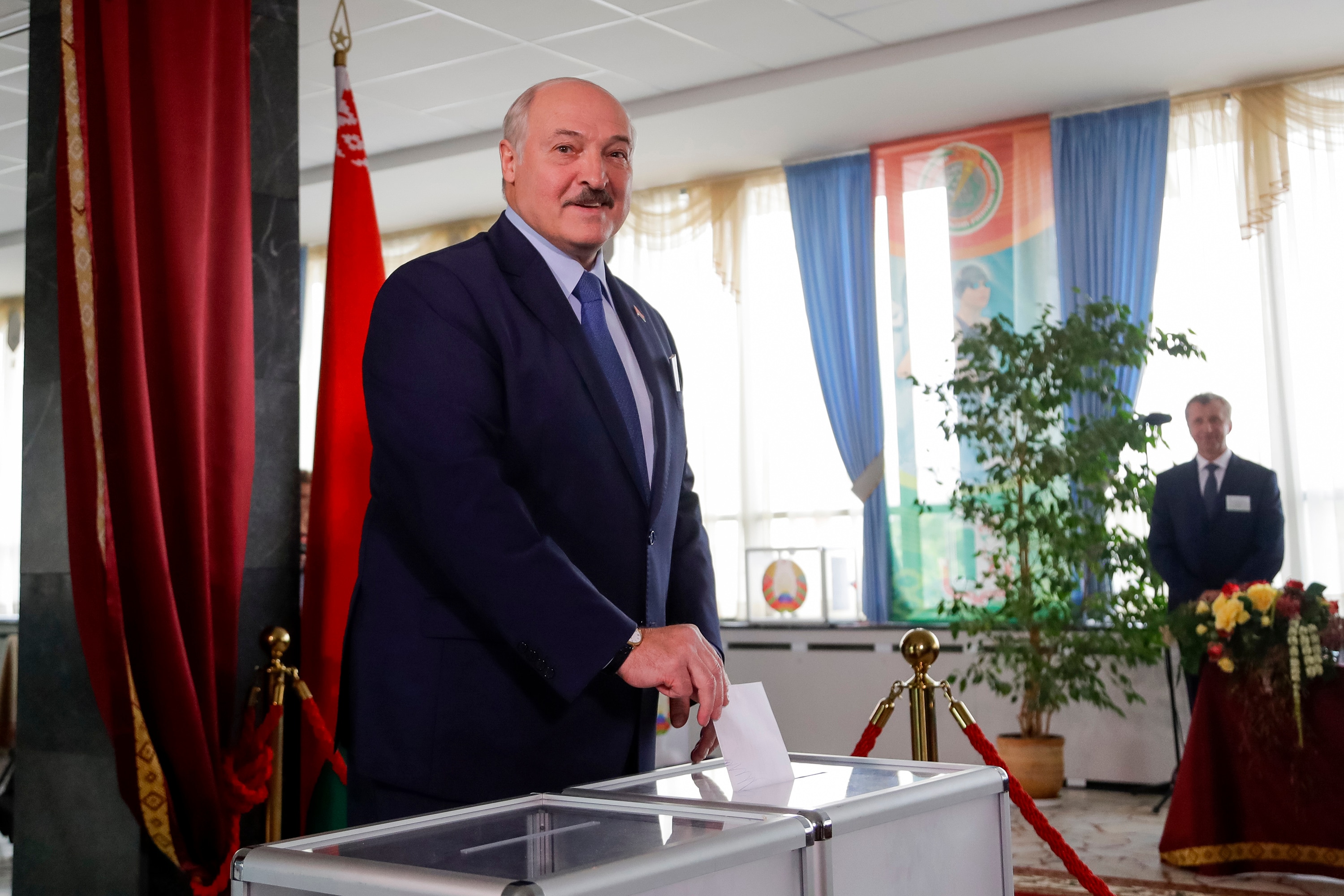 Belarusian President Alexander Lukashenko casts his ballot at a polling station during the presidential election in Minsk, Belarus, Sunday.
AAP

Despite hopes for a fair election, Tikhanouskaya expressed her doubts that the vote would be legitimate.

According to the Human Rights Watch, from May through July, police arrested at least 1,100 people for gathering peacefully on issues related to the election. Courts sentenced nearly 200 people to detention for up to 15 days, with some sentenced to multiple terms.

Maryia Maroz, manager of Tsikhanouskaya’s presidential campaign headquarters, was detained on Saturday afternoon and is expected to serve a 15-day sentence. 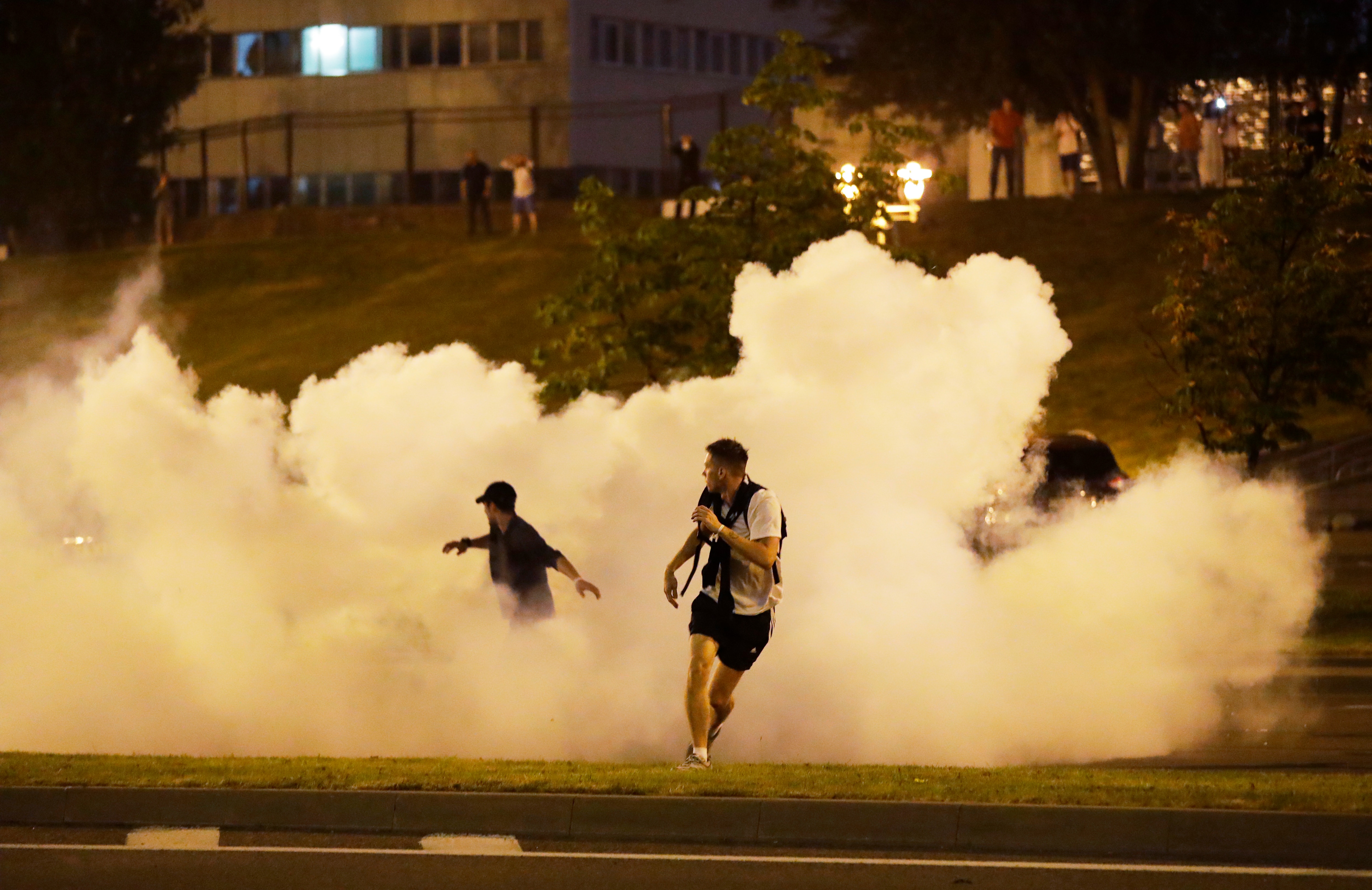 Protesters run through smoke during mass protests after the Belarusian presidential election in Minsk, Belarus.
AAP.
u

President Lukashenko denies all allegations against his government.

After casting his vote on Sunday, Lukashenko denied imposing repressive measures as "fake news or far-fetched accusations" and said he did not regard Ms Tikhanouskaya's camp as a threat.

The state TV exit poll showed that Lukashenko won nearly 80 per cent of the vote. Tikhanovskaya said she did not trust the figures which gave her 7 per cent.

Protests against the results and the regime are ongoing. 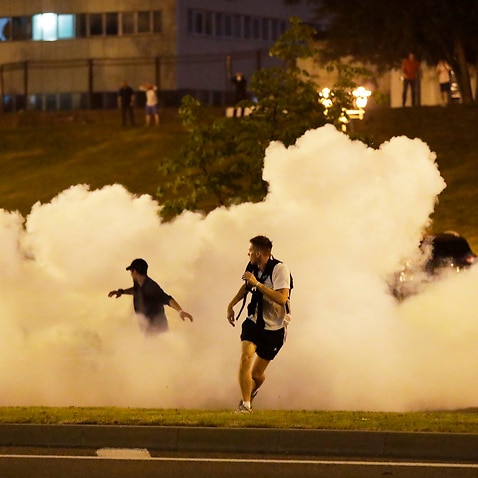