In a city famous for both its beaches and slums, Rene Silva started up VOZ - a local newspaper run by young reporters who write about the favela they live in. We spoke to Rene about why he started writing articles for VOZ at just 11 years old.

13 years ago, Rene Silva set out to do just that.

Inspired by a school project, he started the single-page bulletin that is now known as Voz das Communidades – or Voice of the Communities -  a newspaper uniting the 16 communities that make up the favela of Complexo do Alemao.  He wanted to distribute local news often ignored by mainstream media.

Rene is now 24 – and his small, one page bulletin has expanded into a news organisation with a network of young reporters who use the internet and social media to share stories from the favelas.

While other journalists need military escorts to gain access to Complexo de Alemao, Rene and his colleagues rely on negotiations with drug gangs and community ties to navigate the favela every day. Dateline caught up with Rene to find out more about reporting from Rio’s frontline. How are you and your Voz das Comunidades (The Voice of the Communities) colleagues able to operate and work inside the favelas while it is very dangerous for other media journalists?

RENE: We live here in the favela, which makes our work easier in relation to the mainstream media journalists. Voz das Comunidades' journalists and photographers live in or at close proximity of a favela and it makes them not afraid of entering it and interview people. We don't talk about sensitive issues like the war inside here between the traffic and the police. We're able to show how it impacts directly the resident's lives.

Did you grow up in the favela? What inspired you to become a journalist?

RENE: I was born and bred here in the favela. I live at Morro do Adeus, one of the 13 favelas which form the Alemão Favelas Group, better known as Complexo do Alemão. What inspired me to be a journalist was seeing thousands of social problems inside the communities and nobody doing anything to try to change that reality. Mainstream media only shows favelas to report the violence in them, but it doesn't pay attention to the social, cultural and sport projects that exist and resist in here. I'm not a graduated journalist, I didn't go to the university, but I always show the community journalism work I started as a 11 year-old.

What gives you courage to wake up everyday and go to work, being aware of the dangers in your daily life?

RENE: The results already achieved up to now. I know that many people in the community depend on the community newspaper to solve the thousands of social problems in our daily lives. The results show that we're capable of changing this reality to build a much better future than the present we're living now.

Do you have a tip or secret to share with us to inspire other young journalists watching this program? From your perspective, from inside the communities, what do you think needs do to be done to reduce or even to stop the violence experienced by the favela residents, especially the children?

RENE: Education! Education is the only solution to change this reality. We have to make sure that every child is at school, with quality learning. People don't take education seriously as the solution to end up with the problems but it's the only way for a better life. Opportunity is the other key word. Many times we can even achieve a good education, but the opportunities are restricted for a small segment of the rich people.

It seems that you put your soul and heart in each story that you cover and report. The death of the boy Benjamin, just 2 year-old, affected you deeply.  How do you manage to be less affected by the everyday violence around you?

RENE: I'm always affected and I don't want to be less affected. I think that this is my motivation to effect (to do) this . I deeply wish that there were no more deaths and violence around us, but unfortunately this is still a reality for many Brazilians and people in the whole world who are at war. But as Malala says, "A book, a pen and a teacher can change the world".

Click Here to watch the full episode: Children Caught in the Crossfire 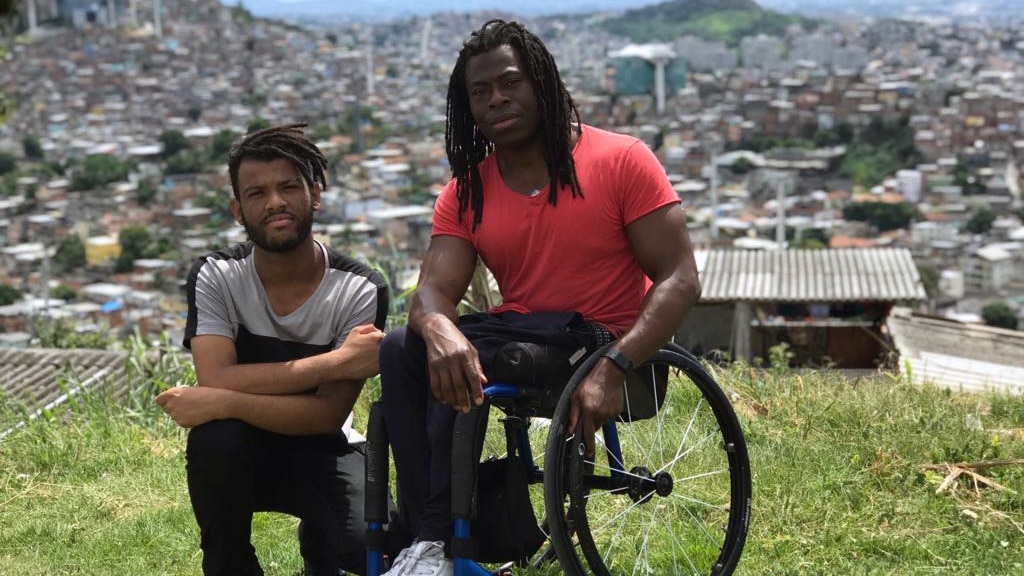