Australia is looking to Singapore as an example of a country managing the spread of COVID-19 and keeping schools open. This is how Singapore has been preparing their education system for a pandemic.

Long before the COVID-19 pandemic, Singapore school kids have each owned their own thermometer.

“A thermometer is part of the stationery, you can get them at book-stores,” said Yueh Mei Liu, a Singapore education expert.

The mother of two school age children runs an education technology startup, is a former teacher, and was an architect for Singapore’s maths curriculum.

Singapore schools have been preparing for a viral outbreak for nearly two decades, she explains. Since the severe acute respiratory syndrome (SARS) outbreak in 2003, schools have been equipped with tools and procedures to prepare for a similar epidemic, including the provision of personal thermometers to students.

During peacetime -- that’s when there is not a pandemic -- schools run “drills”  twice a term where students use their thermometer to check their own temperature. As well as temperature checks, Mei Liu explains that twice a year, students stay at home and attend school online to practice for an event where they are unable to physically attend school.

“The idea is that everyone knows how to do ‘e-learning’ from home in case there is ever a lockdown,” she told SBS Dateline.

“Now there is an outbreak, students are checking their temperature twice a day and in the event that school closure is needed, the Ministry of Education has prepared for students to be engaged in home-based learning.”

Unlike Singapore, Australia hasn’t been at the frontline of an outbreak before COVD-19.

There has been ongoing national debate about school closures. Despite the government announcing yesterday that schools would remain open, some private schools have decided to close and move onto e-learning. Parents, too, have taken their kids out of the classroom.

Prime Minister Scott Morrison has insisted this decision has been made with the best experts and that closing schools now would mean they would have to remain closed for at least six months.

"Tens of thousands of jobs could be lost, if not more," he said. 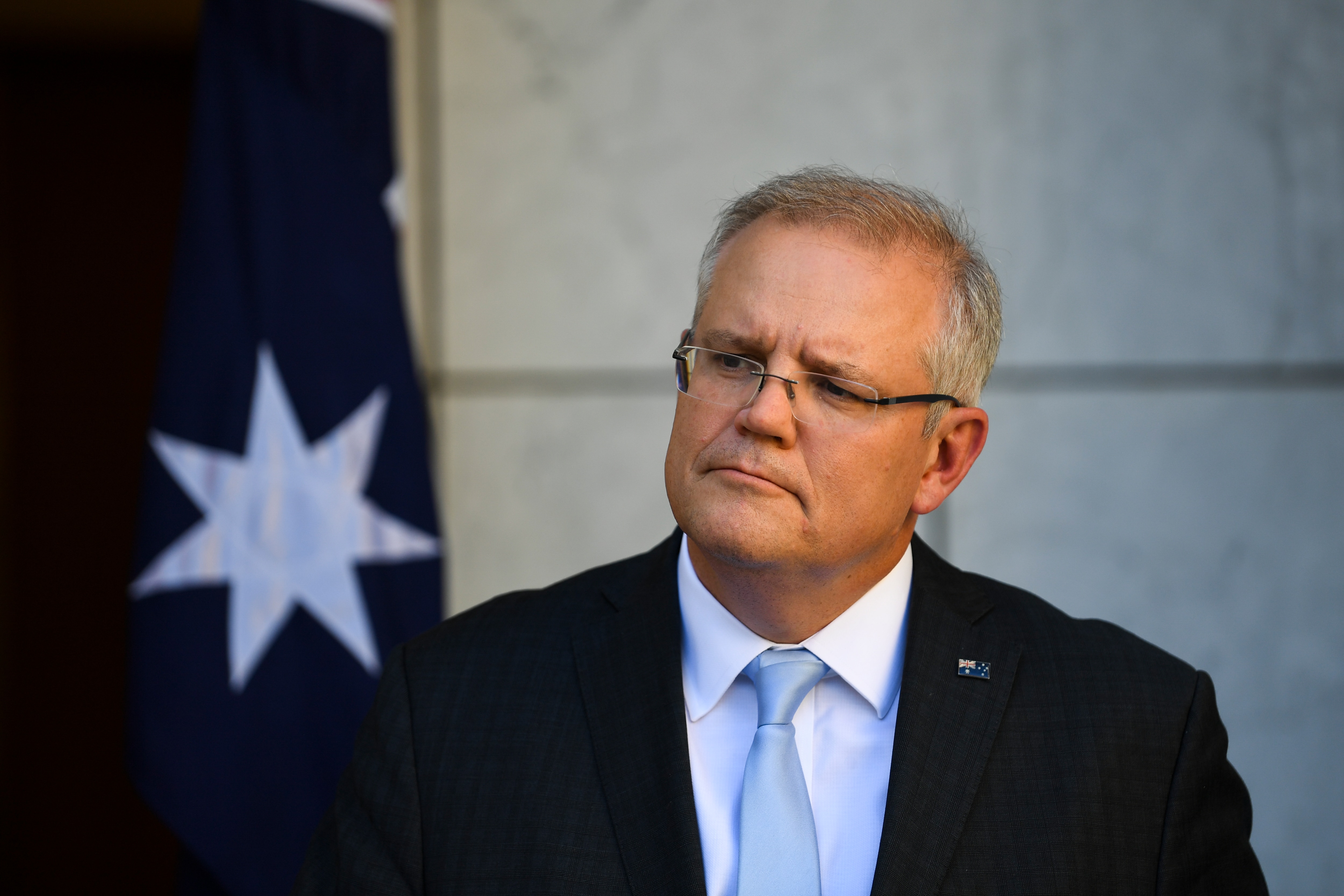 He made reference to Singapore’s decision to keep schools open while managing the spread of COVID-19.

Singapore schools closed during the SARS outbreak but have remained open during the COVID-19 pandemic.

The country's minister for education Ong Ye Kung said in February said that when schools had been closed during the SARS outbreak, that was to “beef up our systems.”

“That was when we made sure every child had a thermometer, every school gate had temperature checks and all school protocols were put in place,” he said in February.

“That was the purpose of suspending schools (then)...but those systems are in place today.” The Singaporean government has rolled out an education campaign to teach students in schools and preschools about the coronavirus. The education minister Ong Ye Kung said in February that lessons will teach students what the virus is, how it is transmitted and outline two things they need to do to prevent its spread. Assemblies and other activities involving a large gathering of school children have been banned.

Australia does not have similar widespread temperature-based health checks in schools. Today, the department of health published a two page information sheet for schools and early and early childhood centres, students and parents about coronavirus (COVID-19), which is also published in simplified Chinese. Across the country, larger scale school based activities like school assemblies have been called off, as well as school excursions, camps and inter-school sport. Within schools, focus has turned to hygiene and social distancing.

Procedures are now in place

Janice Chuah is the founder and Principal of Concept Math in Singapore, as well as a curriculum specialist.

Her company tutors around 1000 students aged seven to 12. As a registered tuition centre with the Ministry of Education they have been following the government's guidelines. Their centre is staying open until advised otherwise by the government.

“In Singapore there are no plans to close the schools for now,” she said.

The centre is disinfecting hard surfaces after each class, discouraging parents from entering the school and children fill out a government sanctioned travel-declaration before they enter the classroom. Each classroom is equipped with an infrared forehead thermometer.

“Before classes start, teachers will go around checking each and every child’s temperature, to make sure they do not register a temperature above 38 degrees,” she explained.

“If they do they are sent home straight away.”

The overall effectiveness of temperature checks is disputed, with Australia’s Chief Medical Officer stating temperature scanning at airports would not be reinstated because it was found during the 2009 swine flu pandemic to be “ineffective”.

There are differing views on the matter. Professor Stuart Tangye, the head of the Immunology & Immunodeficiency Lab at the Garvan Institute of Medical research, and told SBS Dateline that a fever is one of the key symptoms of COVID-19 and temperature checks would be an effective harm minimisation tool at schools.

“It would at least pick up kids who have a high temperature and are at increased likelihood of having the disease.” 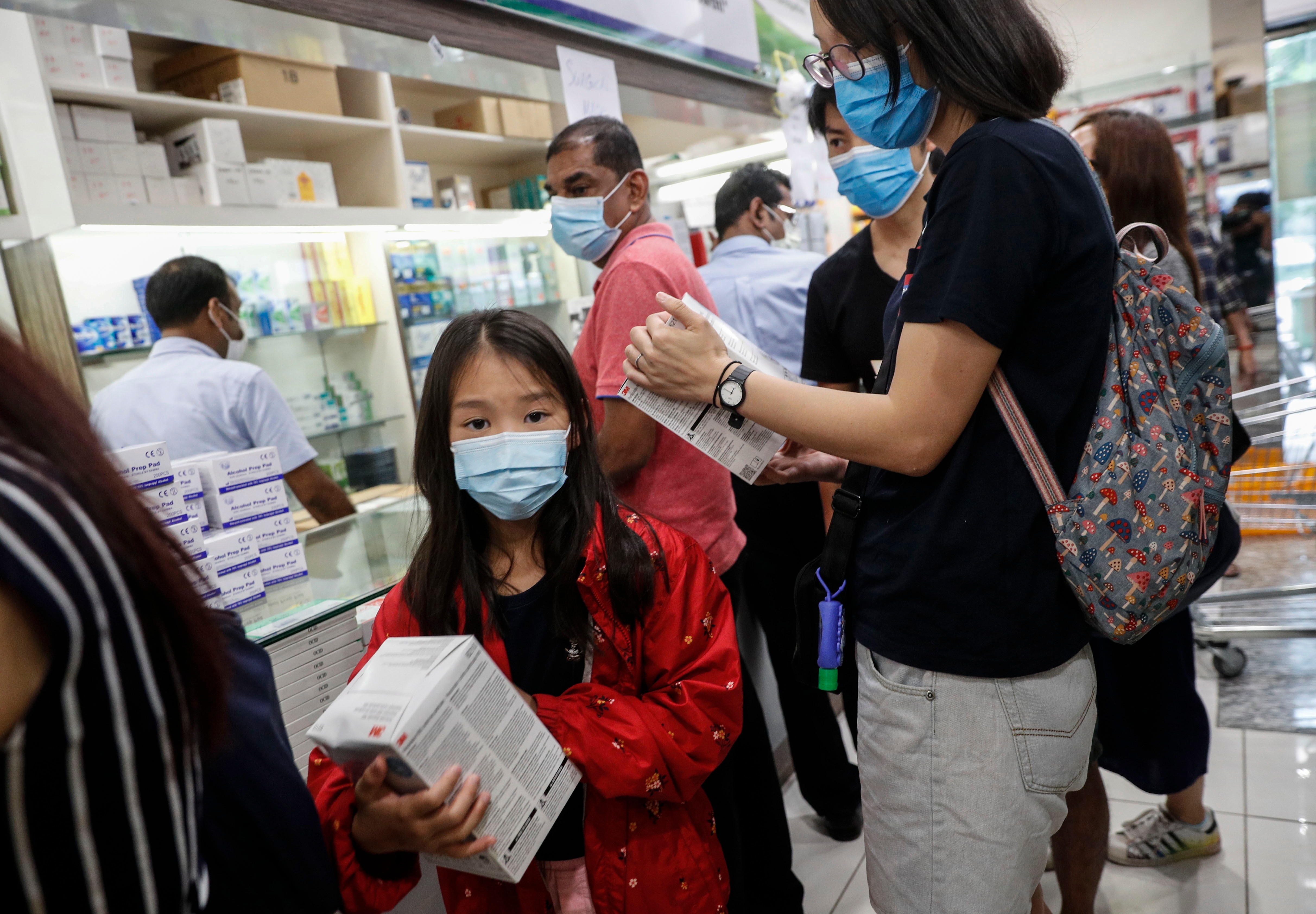 A young girl holds a box of N95 masks at a shopping mall in Singapore.
AAP

At the beginning of the outbreak, Janice said attendance at her tutoring centre was down as information about COVID-19 and Singapore’s response became clear.

“After they saw the precautionary measures taken they are confident that we are offering children a safe place to learn. So in the past weeks it's almost business as usual, we almost have full attendance in all our classes,” she said.

A report from the US Centres for Disease Control and Prevention using available science found short-term school closures did not affect the spread of the novel coronavirus.

"In other countries, those places who closed school (e.g. Hong Kong) have not had more success in reducing spread than those that did not (e.g. Singapore),” the report said.

Both Mei Liu and Janice have been confident in the government’s response to the outbreak. Impressed with clear and transparent information, they trust the government’s decision to keep schools open.