There are new calls to confront the safety of trans women of colour in the US after the murders of two black trans women.

Riah Milton was “loved by everyone.”

Dominique “Rem’Mie” Fells was “one of a kind.”

Thousands in the US have protested following the deaths of the two black transgender women who were killed within a 24 hour period last week. Violence against trans people in the US, particularly against black trans people, has been labeled an epidemic.

Riah Milton, 25, was shot during an attempted robbery. A day earlier, Dominique “Rem’Mie” Fells, 27, from Pennsylvania, was found dead, with her death ruled as a homicide with the investigation ongoing. Both Riah and Dominique were misgendered by police when reporting their deaths.

Black trans women have shaped the culture we enjoy today in more ways than we think and know. The least we can do is to protect them and let them live.

Riah Milton’s sister, Ariel Mary Ann, said she loved family and was an absolute joy. Having only met her sister in primary school, both grew up to have a shared experience as black trans women in the US.

“Just like that, she is taken away from you.”

Ariel’s heart broke for a second time when the media and police misgendered her and used her deadname - a term that refers to a name used before transitioning.

“The thing about deadnaming is that it erases people’s humanity. For cis-gender people, people who are not trans, I think they take the power of names for granted,” she said.

“As a trans person myself, if someone calls me by my dead name, it says 'you don’t care about my humanity and my existence'.”

So my birth sister, Riah, was tragically murdered yesterday. Like me, she’s also trans. The news has been misgendering her as well as other people and I want to make sure that she’s remembered in death like she was in life.#SayHerName #BlackTransLivesMatter#BlackLivesMatter pic.twitter.com/CW3erSSTYb

The deaths of Riah and Dominique have been a call to arms by advocacy groups who say there is an epidemic facing transgender people in the country, particularly black trans women.

Between 2013 and 2018, more than 130 transgender and gender-expansive individuals have been killed in the US, according to a report by Human Rights Watch. The report highlighted that victims of violence shared common experiences, with issues faced by trans women of colour compounded by racism.

Excluding Dominque and Riah, 2020 has already seen at least 14 transgender or gender non-conforming people fatally shot or violently killed in the US.

The American Medical Association labeled violence against transgender people in the US an epidemic last year.

“According to available tracking, fatal anti-transgender violence in the US is on the rise and most victims were black transgender women," said AMA board member S. Bobby Mukkamala, in a statement.

“The number of victims could be even higher due to underreporting and better data collection by law enforcement is needed to create strategies that will prevent anti-transgender violence.”

Underreporting is common and can occur when victims are listed under their deadnames in police reports and other legal documents - as what almost happened to Riah.

Ariel said she has been blown away by the support shown to herself and her family.

“Seeing my sister's photo plastered across the internet has been mind-blowing and it gives me joy that people are acknowledging her existence and making her voice heard,” she said.

“We are going to keep uplifting her.” 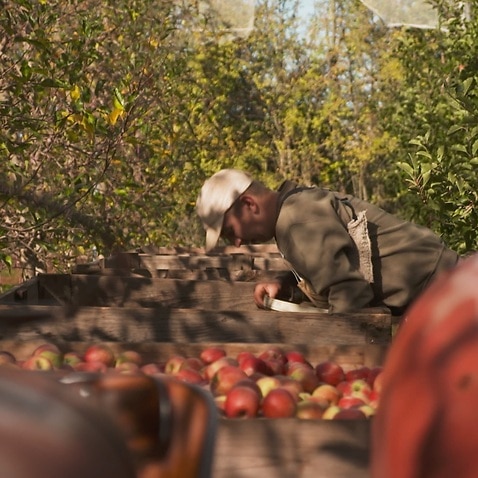 They fled Venezuela for a better life. Now coronavirus lockdowns have forced these migrants to return - on foot Give them a home: Could this ‘radical’ strategy help stop Australian homelessness?