Across the US young people are entering politics and giving their generation a voice – focussed not on ‘Making America Great Again’, but on making their towns liveable again, writes Dateline’s Dean Cornish.

Millennials get a bit of a bad rap. But the generation often written off as Instagramming, self-obsessed and politically inactive has been given a kick in the pants lately – and perhaps we can thank Donald Trump for that.

This oldest ever first-term President was elected by older voters on a wave of nostalgia for a bygone America – but his administration’s actions on climate change, sexual politics, race and gun control largely affect the young. After all, they’re the ones who have to live in this country for many decades to come. And while people in their 20s and 30s have disproportionately low representation at a federal government level, a bunch of them are taking power in the grassroots.

I recently travelled to a few towns in the US for Dateline to report on the ‘millennial mayor’ trend – young, motivated politicians who are moving into elected offices, hoping to provide a voice for others like them. Rather than wanting to ‘Make America Great Again’, they are more focussed on making their home towns liveable again. They’re inheriting cities wracked with infrastructural and financial ruin, and applying their generation’s trademark disruption, remixing and digital savvy to fix the previous generation’s problems. But these are choppy waters to navigate, their solutions aren’t perfect, and pushback is rife.

I wanted to know; how are these young mayors taking on the challenges they’ve inherited? And how are their communities responding? I expected grumpy old locals, American decay, and local systems of government that must seem bland and glacial to fragmented millennial attention spans. I saw it all – and came away with a newfound respect for the power and efficacy of the humble small town City Hall, and those who dare to tread its corridors.

For example, Stockton, California – It’s a place that needs help. Nestled just 90 minutes east of San Francisco, little of the newfound digital wealth has made it here.

In fact, the prosperity of Silicon Valley has added to Stockton’s homelessness, as people are pushed out of the Bay Area and into the city limits of its poor cousin. Stockton has had some of the worst violent crime rates in the country – and locals from the police chief to former inmates speak sadly about multigenerational violence, gang warfare and the school-to-prison pipeline.

It’s a tough situation for 27 year-old Michael Tubbs to inherit – but he’s determined to make change.

Tubbs is the youngest mayor to be elected to a town with more than 100,000 people in US history, and Stockton’s first black mayor. He takes his inspiration from Civil Rights activists, rappers, Obama and his mom. Tubbs points out that throughout history, change makers have largely been in their 20s and 30s. He insists that the US’s current crop of elderly politicians is an anomaly – long-standing baby-boomers who refuse to hand over the torch of leadership, and who have run the country into the ground. Tubbs says Stockton’s various local government departments were in conflict, and that his first job was to attempt to bring unity so that the city could move forward. He has channelled donations and sponsorship from Silicon Valley companies to feed into programmes for youth and employment, and is about to remix how his constituents think about crime rehabilitation and education.

But Tubbs’ detractors are vocal, and they’re not giving him an easy ride, with an active petition in place to have him removed from the mayoralty.

Their reasons are nebulous, but their voices are loud – an older generation weaponising the same social media channels Tubbs tries to use to communicate with the town. He tells me that being young and black, he is held to a more rigorous standard than his counterparts – that he didn’t create Stockton’s problems, but he’s stepping up to fix them. It’s a fascinating standoff, that continues beyond sunset, as the town’s homeless huddle over trash can fires to keep warm. It’s a dichotomy for a rising star to be caught up in matters of trash collection and city bylaws – and one gets the feeling Tubbs might not be at this level for long. Millennials rise quick these days.

On the other side of the country, Holyoke, Massachusetts is frozen rigid under a punishing winter’s snow.

Millions of square metres of disused factory space divide the town into lonely grids, all boarded windows and crumbling brick. This town’s staunch Irish-Catholic roots and former grandeur can still be seen among grand steeples and monstrous ten-bedroom mansions. Alex Morse did that millennial trick of defying all convention when he – an openly gay Jewish man – was elected as mayor of Holyoke, at age 22. His baby face became a symbol of change for a partially deserted town that badly needed it.

Morse has faced generational battles – and mostly won – including attempts to revive the town by bringing technology companies, educational institutions and a high-volume marijuana factory to town. His vision for the town to become a place of opportunity and growth is simple, and not mired in the way things ‘should’ be. His shelf contains a badge that reads “but we’ve always done it this way” with a sharp, bold red ‘Ghostbusters’-style slash through the middle. I leave with admiration at how this softly-spoken young man has made his mark on this rough-and-tumble town – he’s proudly part of a generation that isn’t prepared to wait its turn to try and make things better.

The November 2018 mid-term elections in the US will have far-reaching outcomes, regardless of the results. They’ll largely be a referendum on the first two years of the Trump presidency – and political organisations are reporting record numbers of women, minorities and young people planning to run for office.

Those on the left will be hoping the pendulum will swing heavily in their favour – and young leaders like Tubbs and Morse seem determined to give it a shove.

Click Here to watch the full episode: Youth In Revolt 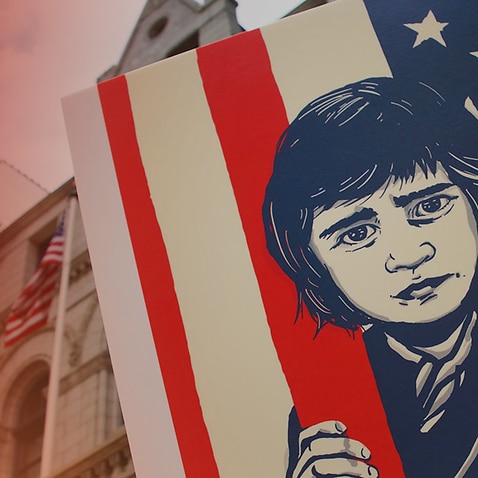