In South Korea, two million dogs are consumed by humans each year. One politician is looking to unite both sides of politics to take on an eating practice that divides the country.

Watch Dateline's 'Korea's Dog Fight' in the player above.

Farming dogs for meat could become illegal in South Korea if a push to ban the practice by politician Dr Lee Sang-don comes to fruition.

Approximately two million dogs per year are eaten in South Korea, with the country classifying the animal as livestock when they are raised on dog meat farms that follow government regulations.

Lee Sang-don, a politician with Korea’s opposition People’s Party, is moving to amend South Korea’s Livestock Product Act with plans to remove dogs from the list of animals covered by the bill. 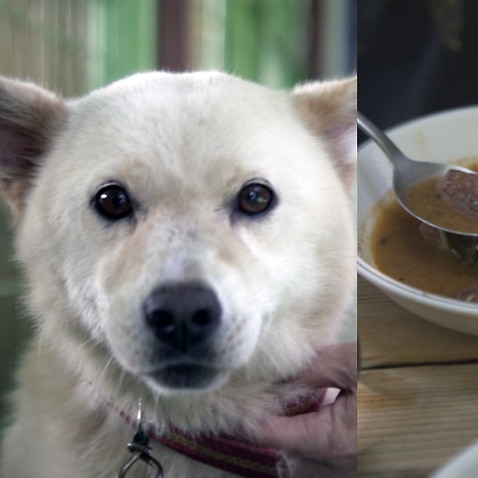 The places around the world you can still eat dog meat

In modern South Korea, a country renowned for its high tech culture, consuming dog meat has grown into a divisive subject. Its origins are a product of previous agricultural times and continue in rural areas – particularly during the height of summer.

While the bill is unlikely to pass this calendar year, Dr Lee Sang-don has already found support from sections of the ruling opposition party including current president, Moon Jae-in. The leader recently adopted a rescue dog, Tori, as attitudes towards the animals shift in Korea.

“People now understand dogs as a friend, not as a food. And that's the change of attitude of people. 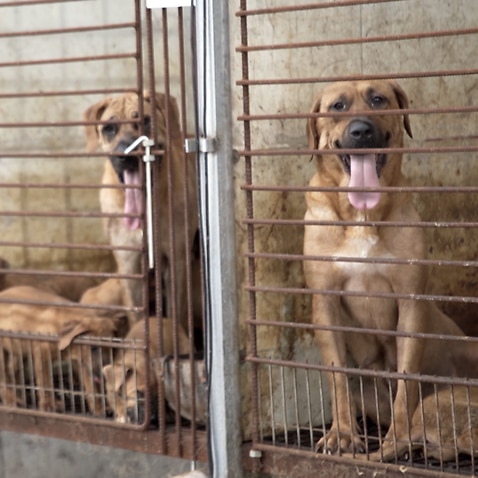 Dr Lee Sang-Don was also critical of the farming practices around the country. The Humane Society International estimates there are 17,000 dog meat farms in South Korea, with the organization working to close the farms and re-house the dogs.

“Another issue is that we have noticed unprecedented phenomenon of dog farming, it's actually not a farm, it’s dog hell, or some kind of dog slaughterhouse.

While there are political moves to halt the industry, there is pushback from the industry.

At Moran Market, the one-time hub of the dog meat trade, Shin bong cho is the last remaining dog butcher in the precinct.

“Dog farmers are all good people, they would rather die if they are not able to raise dogs,” he says.

“Literally, it would mean that workers in this industry will all lose their jobs.

“However, they all have their own families to support. So they won’t easily give up.”

Watch Dateline's 'Korea's Dog Fight' in the player at the top of the page. 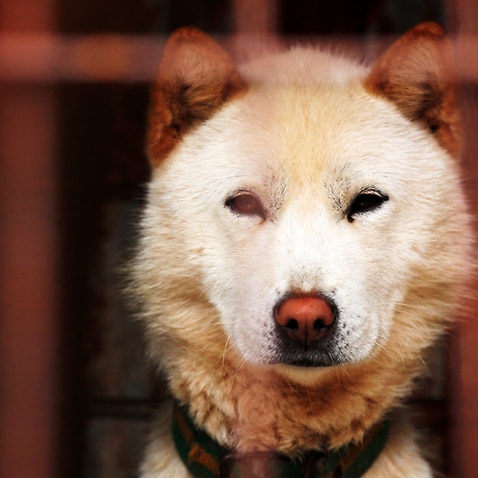