A record level of civil and international conflicts is forcing millions to make desperate, dangerous journeys to seek a better life.

More people have been driven from their homes by wars and persecution than at any time in recent history, with more than 65 million people currently displaced around the world.

For millions fleeing from famine and conflict, their escape routes to better lives can be just as dangerous.

“At sea, a frightening number of refugees and migrants are dying each year. On land, people fleeing war are finding their way blocked by closed borders,” says Filippo Grandi, the UN High Commissioner for Refugees.

Here are five of the most treacherous routes for refugees:

For many migrants and refugees, the journey out of South America and towards the USA includes passage through the Darién Gap between Colombia and Panama.

The sliver of land connects South America to Central America and is essentially a 150 kilometre stretch of uncharted mountains, jungles and swamps. The area is notorious for drug traffickers, kidnappers and deadly snakes.

The danger doesn’t stop thousands of refugees from Africa, Asia and around the world heading to the region, with the hope of reaching the USA via passage through Central America and Mexico.

Over the next two weeks, in a world exclusive, SBS’s Dateline will be taking viewers on an exclusive journey through the migrant route.

In the past 12 months, more than 4,000 people are estimated to have drowned attempting to cross the Mediterranean. More than 280,000 have made the journey so far this year.

“This makes 2016 to date the deadliest year on record in the Central Mediterranean. The chances of dying on the Libya to Italy route are ten times higher than when crossing from Turkey to Greece,” William Spindler from the UNHCR said.

Hundreds have drowned making the crossing from Libya and Tunisia to the Italian Island of Lampedusa, often packed into dangerously overcrowded boats. 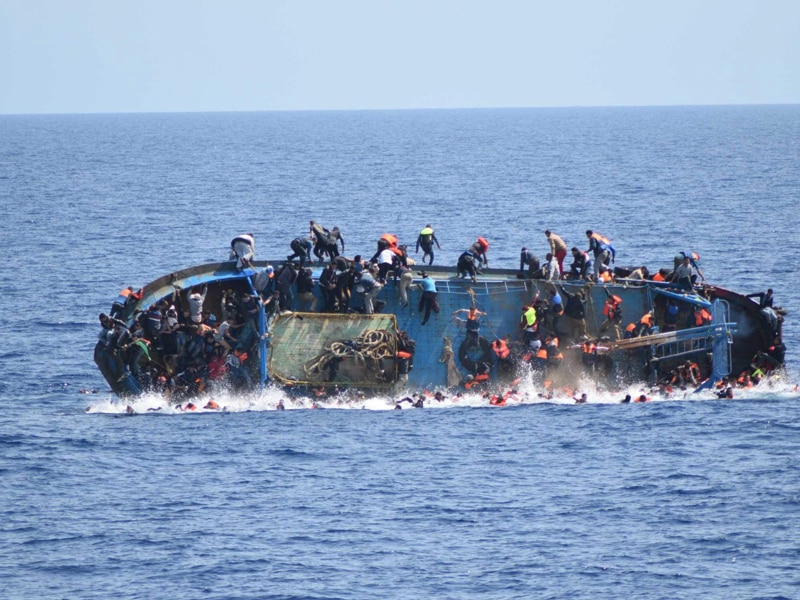 Thousands have drowned in the Mediterranean attempting to make it to Europe.
ANSA / ITALIAN NAVY

Rohingya Muslims from Myanmar and Bangladesh have been fleeing to Malaysia for over a decade – some say they were forced onto boats and told to leave by authorities.

Their path takes them through southern Thailand, where treacherous waters and ruthless human traffickers have killed many.

According to the BBC, Thai traffickers have been selling refugees by the boatload to gangs which then hold them hostage in the Thai jungle. Their families are forced to pay thousands as a ransom or see their loved ones beaten and tortured.

While there have been recent moves to shut down the camps and resettle Rohingya people, there are still reports of ongoing human rights abuses and drownings at sea as countries in the region close their borders. Tens of thousands of migrants and refugees have sought to come to Australia by boat, often departing from Indonesia.

In the past decade, it is estimated that more than 1,000 people have drowned at sea, including some in rough seas only meters from Australian shores.

While there are no official figures, the Australian Border Deaths Database has maintained a record of all known deaths since January 2000.

Australia has created a system of offshore detention centres in countries such as Nauru to deter asylym seekers.
Getty

Renewed conflict in South Sudan since December 2013 has caused millions to flee their homes and almost a million to leave the country altogether.

The conflict had inflicted horrific human rights abuses on the population, including gang rapes, the recruiting of child soldiers, executions on the streets, the burning of entire villages and forced cannibalism.

In refugee camps in Uganda, thousands of those who have managed to escape – many of them children – are facing malnutrition and cholera.