The climbing prowess of Sherpas is legendary, but for generations, it’s been a male domain.  That convention is now being challenged by Sherpa women attempting to summit the world's highest peak.

Watch Women of Everest on SBS On Demand.

The climbing prowess of Sherpas is legendary, but for generations, it’s been a male domain.

That convention is now being challenged by Sherpa women attempting to summit Everest and force a rethink about the role of women and widows in their community.

“Last year around this time... I was back home in Phortse... working in the field and doing household chores to get by,” says Sherkilamu.

Strapped into a harness at Khumbu Climbing Centre, Sherkilamu knows the pain and suffering that Everest can inflict – her husband died in a climbing accident in 2007.

But after years of financial struggles, she decided to follow in his footsteps and begin training to become a mountain guide.

“It will be great if I’m able to summit Everest. People will respect me. If I succeed, they’ll know what I’m capable of.”

Her story is a common one here in the village of Phortse, more than 3800 metres above sea level.

It's home to many of the top Sherpa climbers - who risk their lives to help paying customers scale the highest Himalayan peaks.

Stepping away from stigma

“When we decided to climb Everest... people told us we wouldn’t be able to do it - to summit Everest. While we were in training there were those who told us... to focus on housework and farming.”

The pair say the grief of losing a partner - let alone sole breadwinner and father to their children - was compounded by the social stigma that comes with being a widow.

“After one’s husband dies, if we wear new clothes... then that gets people talking. They say we have not even waited a year to get new clothes.” 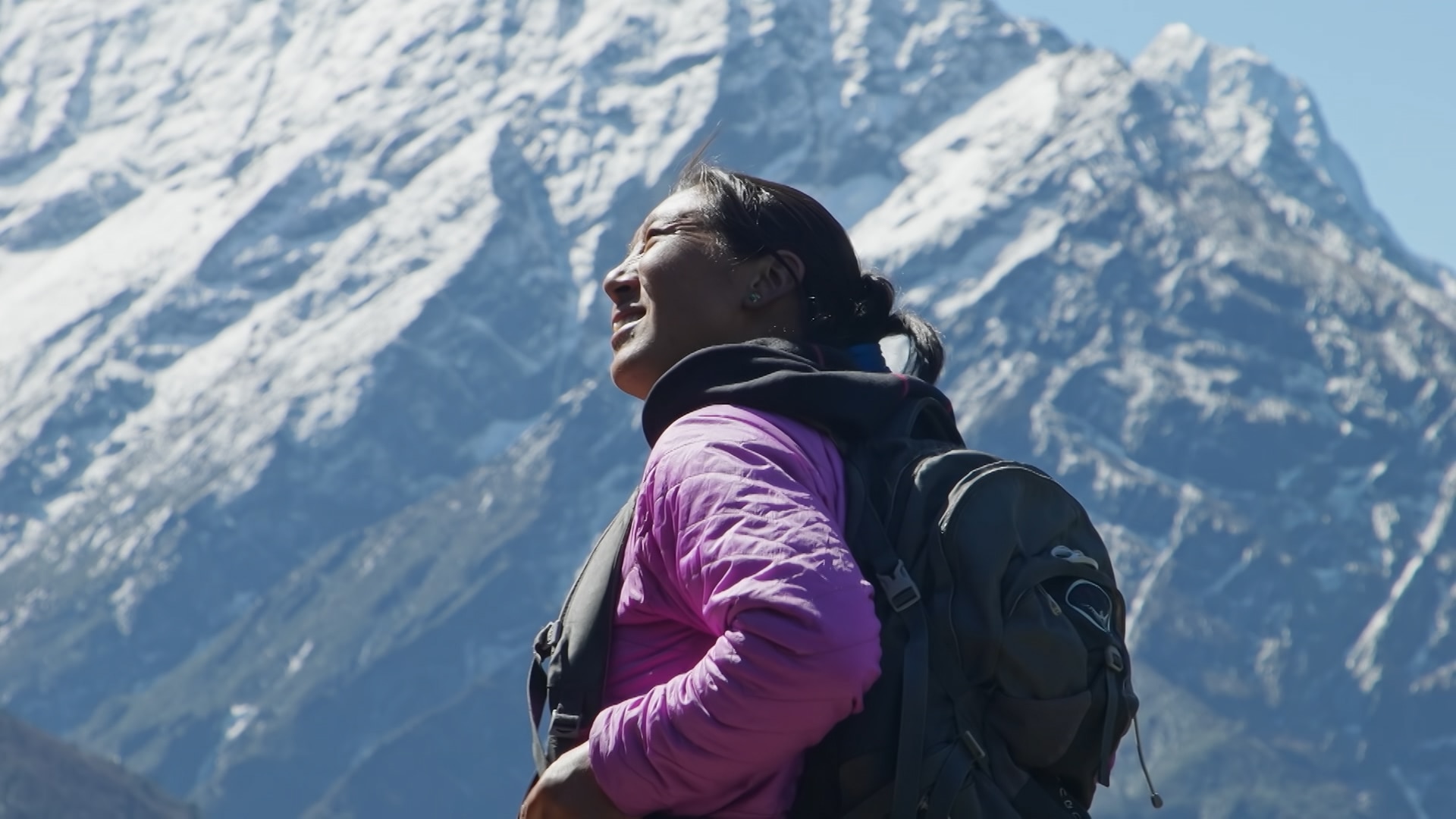 After training for a year and honing their skills on smaller mountains, they set out together, to conquer the world’s highest peak.

“But after we made it, I was so happy I felt like my heart would explode with happiness.”

About 120 sherpas have lost their lives on Everest since 1900 - around a third of all recorded deaths on the mountain.

“I was on top of the world. I was walking in my husband’s footsteps in the mountains and fulfilling his dream.”

For the men of Everest, facing the risks of the mountain is a part of daily life.

“We aren’t educated, we don’t know how to use a computer. We have to do guide work and have to trek. I have to work to earn money for my family. We have no other choice. “

Dawa Danuru started working in the mountains when he was only 17. Since then he’s scaled Everest a dozen times, most recently in 2019 at the age of 60.

“My wife told me to stop going on expeditions. But I can’t just stay at home and do nothing. This is my profession.”