The foreign minister of Tuvalu, an atoll nation of 11,000 whose highest point is just over four metres above sea level, is seeing the impacts of climate change in real-time.

For Simon Kofe, the outcomes of the UN climate summit in Glasgow could impact whether his country will be inhabitable for his grandchildren. So, the stakes were high when he was asked to record a video statement for the forum.

“The first thing that came to mind was to deliver the statement in the water,” he told SBS Dateline.

Tuvalu is the fourth-smallest nation in the world. The total land area of its nine islands is less than 26 square kilometres. Mr Kofe explained the rising water is already making some soil too saline to grow crops.

“We wanted to convey that message to the leaders and the entire world, that climate change is not something that is in the future. It's something that we are experiencing in Tuvalu.

“And in fact, the place where I delivered my statement was an area that used to be dry land.” Mr Kofe delivers his address. This area was once dry land.
Ministry of Justice, Communication and Foreign Affairs, Tuvalu Government

Mr Kofe recorded the speech in about three takes, knee-deep in water, before the tide started to rise.

“We were losing stability with our flags and the board behind me.”

His team posted pictures on social media of Mr Kofe in the water and they went viral. The video message was intended for a smaller event at COP26 on climate mobility. But after the popularity of their idea, Mr Kofe decided to expand his speech. 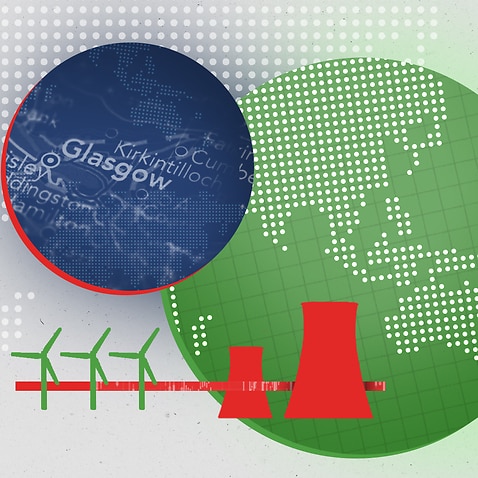 “So we had to retake the speech in the studio. We kept the last part of the speech, which was we shot in the water, and tried to merge the two.”

The video emerged as one of the most iconic moments of COP26. He said it took many by surprise, including the Prime Minister.

“He was aware that I’d be delivering a statement...he wasn't aware that it was in the water,” he said.

“So we did catch everyone by surprise. But at the end of the day, we're very pleased with the reaction from the public and social media to that statement.

“I think it only enhanced our message.” Delivering a speech in water is just one example of the ‘outside of the box’ approach Mr Kofe says he has to his work.

The former-magistrate-turned-politician is already planning for the worst-case scenario: the country disappearing underwater. Mr Kofe is investigating a plan to establish “underwater sovereignty” and ensure Tuvalu remains a nation-state even if the land is submerged.

“It's a whole new area under international law because we've never seen any state disappear as a result of climate change,” he said.

“We've seen the dissolution of states having been overtaken by other states, but to actually see the physical territory of a country go underwater, it's never happened in the past.”

The government is already exploring the concept of building a ‘digital nation’ if it can successfully maintain its sovereignty. Mr Kofe said they are looking into how digitization and blockchain technology could support the function of their government if citizens have to relocate.

The country has already been creative in the digital sphere, selling the rights to its internet domain address - .tv - for millions of dollars. Part of Mr Kofe’s mission is to change the narrative that Tuvalu is a suffering and vulnerable nation.

“That's the approach that we're taking. We're not waiting for other countries to get their act together. But we need to be prepared for the worst-case scenario.”

However, without the help and cooperation of other nations, global warming may exceed 1.5C, a limit agreed on by participating countries at COP21 (known as the 2015 Paris Agreement). This could bring Tuvalu’s worst-case scenario into reality.

This reality meant that the stakes at COP26 were high and the outcome of the global forum, aimed at cementing ambitious plans to achieve that 1.5C limit, was promising but disappointing for Mr Kofe. One example is a late change to the Glasgow Climate pact to use watered-down language about “phasing down”, instead of “phasing out”, the use of coal.

“It's quite disappointing. I think the team was feeling very optimistic about the pledges that were made by leaders in the first week, and then for something like this to happen at the last moment, this is really disheartening and disappointing,” Mr Kofe said. He also noted that Australia’s fresh commitment to net-zero emissions by 2050 was welcome, but needed to be ratified.

“I think a stronger position would be to legislate that commitment and have a clear implementation plan in place to achieve that.” The Morrison Government released modelling on its plan to deliver net-zero emissions last week. It outlines Australia’s emissions will decrease by 85 per cent, with the remaining 15 per cent expected to drop with “future technology breakthroughs”.

Scott Morrison announced at the Glasgow climate conference that he would boost Australia's climate finance commitment, to help Pacific and South-East Asian neighbours with the effects of climate change, by $500 million to a total of $2 billion.

Mr Kofe said he understands Australia’s economic interests are different from Tuvalu’s and “acknowledges that is the challenge leaders face.”

Ultimately, he said, climate change is affecting not only Australia but their neighbours.

“Scott Morrison has referred to us as a family, as the Pacific family. And I think as a family you have a duty and responsibility to look out for your neighbour.

“So my fingers are crossed that we're able to implement some of these targets that we have set. 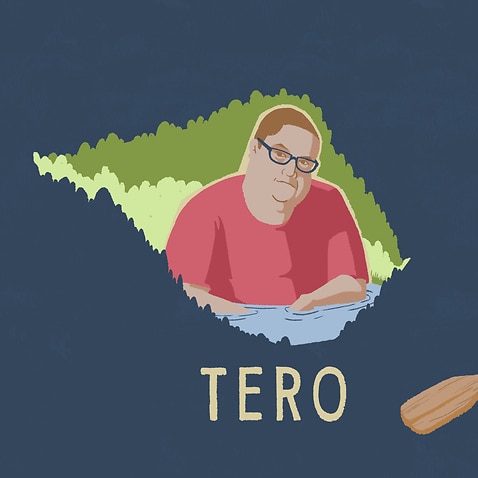