The UK government broke the law by failing to properly assess the implications of selling arms to Saudi Arabia.

Above: Dateline Explains: is the real Mohammed Bin Salman a reformer or tyrant?

Last week, a UK appeals court found the UK government had illegally authorised exports of British weapons to Saudi Arabia for possible use in the war in Yemen. The court’s decision is a big deal; as is the potential implications for Australia.

According to Legal Counsel for Save the Children Australia, Grace Williamson, the similarities between the legal systems of Australia and the UK could make the UK case a blueprint for a similar case in Australia.

“While it remains to be seen whether similar legal avenues could be pursued in Australia, the outcome of the appeal will certainly be watched closely, as pressure continues to mount here and abroad to halt military exports to the prime combatants in the devastating Yemeni war,” she wrote.

The ongoing Saudi-led war in Yemen began in March 2015. The UN has reported gross breaches of human rights and war crimes by the Saudis, and their key ally, the United Arab Emirates. It is these breaches of international law that the court found should have stopped the UK government from granting licenses to export weapons to Saudi Arabia.

The UK had authorised $8.6 billion worth of arms sales to Saudi Arabia since the war began. The court’s decision forces the government to change its process for future applications and reprocess all current permits. It also has to pay the legal costs incurred by the organisations who brought the case; the UK-based organisation, Campaign Against Arms Trade (CAAT), Human Rights Watch, Amnesty International and Oxfam.

After the court shared its decision, CAAT’s Andrew Smith said “it should never have taken a court case” to get the government to follow the rules.

“Selling arms that allow Saudi Arabia to continue the war in Yemen – including attacks on hospitals, schools and markets – has proved catastrophic for the Yemeni people who are facing of one of the world’s gravest humanitarian crises,” she said.

A range of Australian organisations have been working to convince the government to end our own Defence exports to Saudi Arabia and the United Arab Emirates. Since 2017, at least 20 licences have been granted on behalf of the Minister for Defence authorising the export of defence goods to Saudi Arabia.

The calls to halt sales to Saudi Arabia come despite a recent push to increase arms exports.

Last year, former Prime Minister Malcom Turnbull and former Minister for Defence Christopher Pyne launched the Defence Export Strategy to make Australia one of the world’s top 10 arms exporters. The strategy expands the reach to markets in unstable regions such as Africa and the Middle East by providing government-backed loans through the Export Finance and Insurance Corporation (EFIC).

EFIC can now provide up to $3.8 billion in loans for Defence exports without any public oversight. Earlier this year, the ABC reported that more than $33 million dollars in performance bonds has been provided to Canberra-based company Electro Optic Systems to sell weapons components to Saudi Arabia. 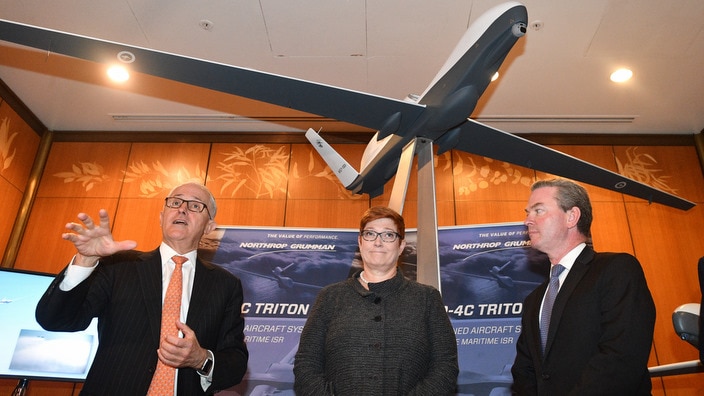 The Director of the Australian Centre for International Justice, Rawan Arraf has been following the UK case from its inception in 2017. “We need to ensure Australia is not exporting arms to governments committing international humanitarian law violations,” she said. “There are serious questions about Australia’s export processes that need to be answered.”

In a statement to Dateline, the Department of Defence said it takes the obligations of its defence goods exports seriously.

“Australia thoroughly assesses all military export applications on a case‑by‑case basis, in accordance with our export control provisions, through a robust whole-of-government consultation process,” the statement read.

“If there is an overriding risk that an export would be used to violate human rights, it would not be approved.

Susan Hutchinson is a freelance contributor to Dateline. She has served in the Army, worked for the Department of Defence and non-government organisations. Susan is now undertaking a PhD at the Australian National University on how militaries implement the Security Council Resolutions on Women, Peace and Security. She is also a member of the Australian Civil Society Coalition on Women, Peace and Security.