Germany has announced a commitment to quitting coal, by 2038.

Germany announced on Thursday that it would spend US$44.5 billion to quit coal — but not for another 18 years, by 2038. The move shows how expensive it is to stop burning the world’s dirtiest fossil fuel, despite a broad consensus that keeping coal in the ground is vital to averting a climate crisis, and how politically complicated it is.

Coal, when burned, produces huge amounts of the greenhouse gas emissions that are responsible for global warming.

Germany doesn’t have shale gas, as the United States does, which has led to the rapid decline of coal use in America, despite President Donald Trump’s support for coal. Germany also faces intense opposition to nuclear power. After the Fukushima disaster in 2011, that opposition prompted the government to start shutting down the country’s nuclear plants, a transition that should be complete by 2022.

The money announced Thursday is to be spent on compensating workers, companies and the four coal producing states — three in the country’s east and one in the west. It followed months of negotiations between regional officials and Chancellor Angela Merkel’s government.

“Germany, one of the strongest and most successful industry nations in the world, is taking huge steps toward leaving the fossil fuel era,” Finance Minister Olaf Scholz said at a news conference in Berlin.

Germany’s timetable, though, could present challenges to the European Union’s efforts to swiftly cut its greenhouse gas emissions, as the bloc’s new leadership has announced. Countries around the world are watching how quickly the 28-country union, which, taken together, is the third-largest emitter of planet-warming gases, can reduce its carbon footprint. Germany is the largest economy in the European Union.

Environmental organisations criticised the government plan for being too slow and for not expanding renewable energy sources quickly enough. “The majority of the necessary reductions are being pushed to the end of the 2020s,” said Christoph Bals, policy director for the environmental group Germanwatch. 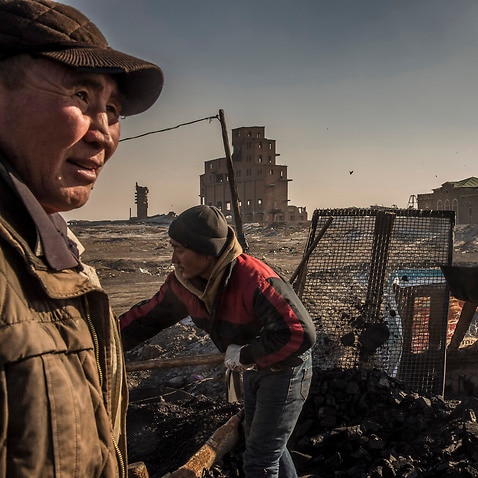 World’s coldest capital, relying on coal, is also among its most polluted

Coal is at a turning point globally. Renewable energy is getting cheaper. Private investors are shying away from new projects. There is far greater awareness of the deadly particulate matter pollution that comes out of coal-fired power plants.

Yet coal remains ascendant in some parts of the world, in part because it has been the go-to fuel for so long, it employs millions of people globally and it often enjoys robust political backing.

Eastern European countries, particularly Poland and the Czech Republic, still rely heavily on coal. The European Union this week created a 100 billion euro (US$111 billion) fund to aid their transition to cleaner fuels.

The Asia-Pacific is where coal continues to grow. China, which consumes half of the world’s coal, continues to build more coal plants at home and abroad. According to the International Energy Agency, China’s domestic coal demand is projected to keep growing for at least the next two years, before it levels off. China’s coal expansion puts its own climate targets at risk, though, according to a recent study partly written by the government-backed Energy Research Institute.

India also continues to rely on coal. It has recently relaxed rules to encourage foreign investment in the Indian coal mining sector and has been in talks to import metallurgical coal, used to make steel, from Russia.

And even as it reels from bushfires made more intense by climate change, Australia, one of the world’s biggest coal exporters, is digging for more, encouraged in part by the growing Asian market. Among the most contentious projects is the new Adani coal mine in north-east Queensland. A Stop Adani protester takes to the stage where Australian Prime Minister Scott Morrison is giving an address.
AAP

The German plan says lignite, also known as brown coal — which is abundant, cheap and dirty — could be phased out by 2035, depending on the progress made in the coming years.

Germany shuttered its last hard-coal mine in December but has continued to burn lignite. In the third quarter of 2019, about 42% of the country’s energy came from renewables, 28% from coal and 14% from nuclear.

Some of the country’s richest coal regions are in states in the former Communist East, where the industry is a key provider of jobs. Leaders in the region had been reluctant to shut down coal production without pledges of economic investment to compensate for the loss of income.

As part of the plan, energy providers in all of Germany will receive $4.8 billion over the next 15 years in compensation for shuttering their coal-burning plants, some of which will be replaced by generators that burn natural gas. The plan foresees taking 19 coal-burning power plants offline in the coming decade, beginning with the dirtiest plants later this year.

Further investment includes setting up research institutes in the east for medicine and hydrogen power and retraining for miners and other workers in the industry.