Countries around the world are contending with the impact of ‘panic buying,’ while long-term preppers see a flood of interest in their communities.

As the world braces for the spread of COVID-19, supermarkets are facing a run on basic supplies.

Panic buying in response to the novel coronavirus began in Asia, notably in Hong Kong which faced a shortage of toilet paper, and soon spread worldwide.

Australia has made global headlines for its panic buying, with major supermarkets Woolworths and Coles opening one hour earlier for vulnerable members of the community. Authorities have consistently called for calm, assuring shoppers that there are enough supplies to go around.

“This panic buying is the result of the fear of missing out. It’s a phenomenon of consumer behaviour similar to what happens when there is a run on banks,” wrote Alfredo Paloyo, Senior Lecturer in Economics at the University of Wollongong, in The Conversation.

The mindset of a prepper

Leah Keh has first hand experience of a viral outbreak. She lived in Singapore during SARS and has since been mindful of the quantities of supplies in her household.

A university student during the SARS outbreak in 2003, and now living in Australia, Leah explains she always has two weeks of essential supplies in her household, and that was long before the current novel coronavirus pandemic.

Even before there was a run on toilet paper, Leah already had a health supply.

“I feel like I’m always thinking ahead. Before the toilet paper craziness happened, I went into the stores to get a bag or two. I’m not crazy, but accumulating little by little,” she said. 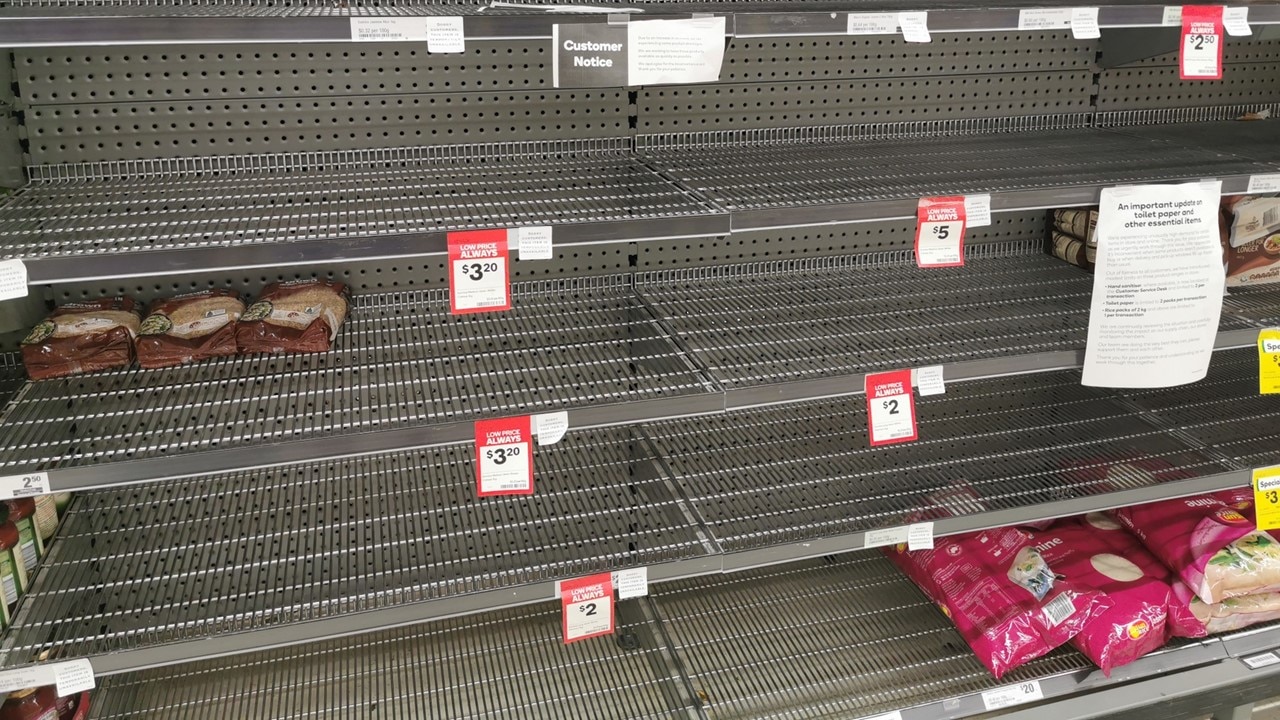 The key difference between the COVID-19 outbreak in Australia and SARS in Singapore, she feels, is that the Singaporean government communicated more effectively.

Leah remembers a run on some items, primarily face-masks, in the supermarkets but the government was quicker to respond.

“Australia didn’t really go through SARS in 2003, and there were no lessons learned. This is the first major event,” she said.

“It’s understandable that people panic and start to stock up...people don’t understand what they have to do. They are worried and this brings a sense of control of the situation.”

Global leaders have now been forced to take a stand against panic buying. At the weekend, US President Donald Trump urged Americans to “relax.”

"There's no need for anyone in the country to hoard essential food supplies,” he said in a press conference Sunday.

Trump said he had met with executives from consumer and grocery companies including Target, Campbell’s and Costco. “They have asked me to say, ‘Could you buy a little bit less please.’” Trump said.

“I thought I would never hear that from a retailer.”

Both Prime Minister Scott Morrison and the Chief Medical Officer Brendan Murphy have urged Australian’s to be mindful of the number of items purchased.

“I think it’s probably sensible to have a few days of supplies,” Chief Medical Officer Brendan Murphy told ABC at the weekend.

Andreas Karlsson has long been making radical steps to move permanently off grid in case of a crisis. He is what’s known as a ‘prepper,’ someone who is actively preparing for a disaster.

He agrees that panic-buying is not a good solution in times of crisis.

“Most of us [preppers] have what we need and panic-prepping is never a winning concept, especially when going to the supermarket is increasing the risk of contamination,” he said.

Andreas Karlsson has been 'prepping' for two decades.
Dateline

Prompted by the 2008 financial crisis, Andreas has been prepping for more than a decade. He now has enough food hidden around a remote cabin in Sweden to help him survive for two years.

Although the ‘prepping community’ is often labelled as ‘strange,’ Andreas claims visitors to his prepping blog have been tripling, as a growing sense of “pre-panic” is filling peoples’ minds.

“The unprepared masses are starting to discuss emergency preparedness at workplaces and round the dinner table.”

He said the prepping community in Sweden is following the spread of the coronavirus, from the actual symptoms of the virus to the economical impact.

“Most preppers do already have plans for a pandemic, but the effects of - for example - China’s halt in the production of goods was somewhat of a wake-up call,” he told SBS Dateline.

“Breathing masks are starting to be hard to come by even here in Sweden where we usually never use them. The same goes for protective suits. 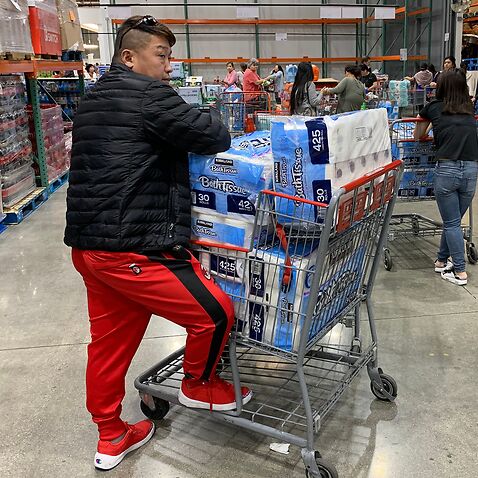 Coronavirus essentials: Is stocking up on toilet paper necessary?