Rohingya refugees after crossing from Myanmar into Bangladesh in August. Source: Tomas Munita for The New York Times

As they flee from persecution in Myanmar, Rohingya Muslims are running out of places to go.

In less than half a year, around 700,000 Rohingya escaped attacks in their home state, Rakhine, and what the international community has called ethnic cleansing by Myanmar’s security forces.

The Myanmar government insists it is committed to the repatriation of those Rohingya who can prove they recently left Rakhine. The Bangladeshi side says the same.

But few expect that the two days of meetings between Lt. Gen. Kyaw Swe, Myanmar’s home minister, and Asaduzzaman Khan Kamal, his Bangladeshi counterpart, will elicit much action. Over months of sporadic talks, each side has blamed the other for failing to put in place a voluntary repatriation agreement signed in November.

On Monday, Prime Minister Sheikh Hasina of Bangladesh called on the international community to increase pressure on Myanmar to take back the Rohingya.

“The problem has been created on the other side of the border, and the solution to this problem also lies there,” Ms Hasina said while on a visit to Vatican City. “That’s why the bigger responsibility of implementing the agreement lies on Myanmar’s shoulders, but we haven’t gotten that kind of response from Myanmar yet.”

The authorities in Myanmar are pointing fingers the other way.

“We are ready for repatriation, but the Bangladesh side is not ready yet,” said U Zaw Htay, the spokesman for Myanmar’s presidential office, on Thursday.

What neither side is fully talking about is what the Rohingya Muslims, who do not have a formal representative in the talks, want to happen.

Do the Rohingya want to return?

At least 6,700 Rohingya met violent deaths in Rakhine in the month after the military’s scorched-earth campaign, according to Doctors Without Borders. Rohingya women physically traumatized by rape continue to cross the border into Bangladesh.

Myanmar’s civilian administration, however, refuses to admit to any systematic wrongdoing by the nation’s military. Independent journalists and human rights investigators have not been allowed access to the epicentre of violence in Northern Rakhine, and two Reuters reporters who documented a mass killing with chilling detail remain jailed in Myanmar.

The continuing refusal by Myanmar’s authorities to acknowledge any atrocities against Rohingya civilians worries many of those sheltering in Bangladesh. Children near the Kutupalong camp in September.
Tomas Munita for The New York Times

“We will go back, but we must be given safety,” said Mohammed Zahid Alam, a Rohingya who now lives in the Balukhali refugee camp in Bangladesh. “We want a peaceful life.”

Beyond the fundamental issue of security, most Rohingya have little interest in returning to a country that has denied them basic rights, like freedom of movement and higher education. Myanmar’s government considers the Rohingya to be illegal immigrants from Bangladesh. Most have been stripped of their Myanmar citizenship, even though they have long roots in the region.

Rohingya community leaders in the Bangladesh camps say they will return only if Myanmar’s government gives them the same rights it has given the country’s dozens of other ethnic minority groups.

“Our demands are known to all,” said Mohammed Osman, who arrived in Bangladesh in early September and is now a deputy camp block chief. “We want full citizenship rights.”

Why does Bangladesh want them to go?

Bangladesh is an overcrowded and flood-prone nation. And with more Rohingya now crammed into the border district where their camps are located than there are native Bangladeshis, political and economic concerns are beginning to trump the remarkable hospitality that many residents have shown the refugees.

To provide shelter for the influx of Rohingya, vast tracts of forest and farmland have been cleared. Prices for everything from building supplies to cooking oil have skyrocketed, while local wages have declined because of a sudden surge in Rohingya desperate for any kind of work.

Ms Hasina has made her welcome of the Rohingya part of her political lore. In Cox’s Bazar, the town nearest the camps, posters proclaim her as the “mother of humanity.” But with an election season underway in Bangladesh, the Rohingya could well turn into a political liability for Ms Hasina’s governing Awami League. 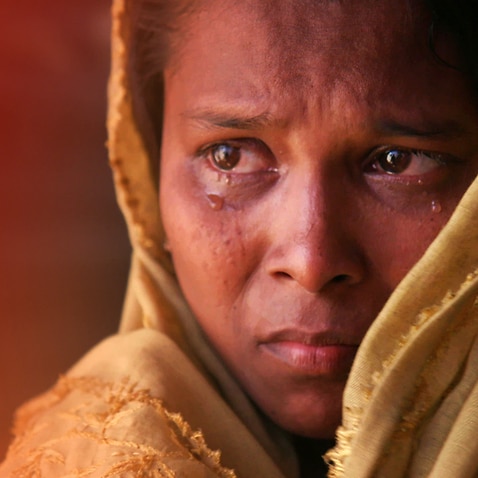 Bangladesh’s government says it is proceeding with a controversial plan to turn an uninhabited, low-lying island in the Bay of Bengal into a new shelter for the Rohingya.

Meanwhile, the cyclone season may begin in Bangladesh as early as next month, threatening to turn the Rohingya camps into a muddy mess in which disease can thrive. As flooding worsens in the summer, at least 100,000 people may have to be moved from their current shelters because of the threat of landslides on recently denuded hills.

Still, even the question of who would pay for the repatriation has yet to be answered, much less whether Myanmar is willing to halt violence against the Rohingya.

When are repatriations to begin?

In the repatriation agreement signed last November, Myanmar and Bangladesh agreed to the return of willing Rohingya who could prove they had fled to Bangladesh since October 2016, when an earlier Rohingya insurgent assault catalyzed a smaller exodus. The repatriation process was supposed to begin by Jan. 23. That deadline was quietly delayed without much clarity on when the new start date for repatriations might be.

A further agreement was signed in mid-January, stipulating that Rohingya returns should be completed within a two-year period. But apart from a token number of people who have returned to Myanmar, including some Hindu families, no one is rushing back.

“Burmese authorities have shown no ability to ensure the safe, dignified and voluntary return of Rohingya refugees as provided by international standards,” said a statement from Human Rights Watch.

Myanmar officials have said that they will be able to process up to 300 people a day, five days a week, once the repatriation system is set in motion. But if all the Rohingya who escaped to Bangladesh since October 2016 wanted to return home, it would take almost a decade.

Where would Rohingya returnees live?

The Myanmar government has built camps, rows of grim longhouses in Rakhine in which repatriated Rohingya are supposed to stay for an unspecified period of time. The compounds are surrounded by barbed-wire fences and bear an uncomfortable similarity to concentration camps. There is little in the way of trees or shade — and no signs of accessible fields or paddies that could support Rohingya communities.

When and if the Rohingya would be allowed to return to their own villages, many of which were razed by fire, is not clear. Myanmar has begun transferring some land that it terms “abandoned” to other owners. 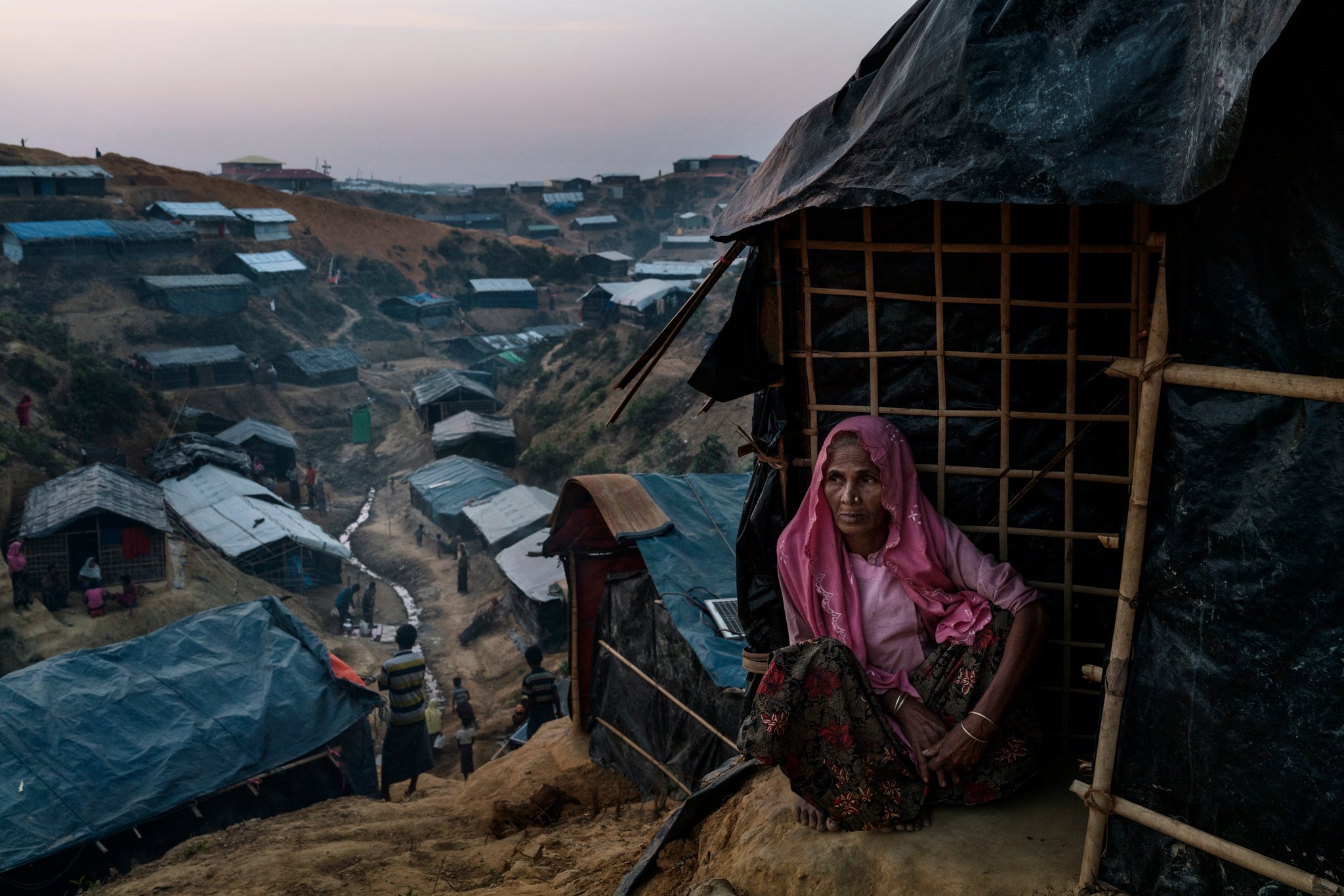 The Balukhali camp and other Rohingya settlements are straining Bangladesh’s hospitality.
Adam Dean for The New York Times

The case of Rohingya who suffered from an earlier outbreak of violence is cautionary. In 2012, communal clashes forced urban Rohingya in central Rakhine from their homes. More than five years later, around 120,000 Rohingya are still confined to what had been deemed temporary camps. (Others fled by rickety boats to other parts of Southeast Asia, dangerous journeys that claimed hundreds of lives.)

Unable to leave the camps without special permission, the Rohingya remaining in central Rakhine are dependent on aid to survive. Yet international aid groups say that since the Rohingya insurgent attacks last August it has been much more difficult to deliver food and other necessities to these ghettos.

Earlier this week, Myanmar’s state news media announced that the camps in central Rakhine would be closed but gave no details of what would happen to their inhabitants.

Mr. Zaw Htay, the presidential spokesman, confirmed that the camps in Sittwe, Myebon and Kyaukphyu will be shuttered.