Throughout the passionately fought Democratic Primary between Senator Bernie Sanders and Secretary Hillary Clinton, Barack Obama was itching to get into the game.

But his endorsement of Clinton came relatively late in the 2016 primary process, with the president practicing restraint lest Sanders supporters accuse him of thumbing the scales.

It was a prescient calculation. 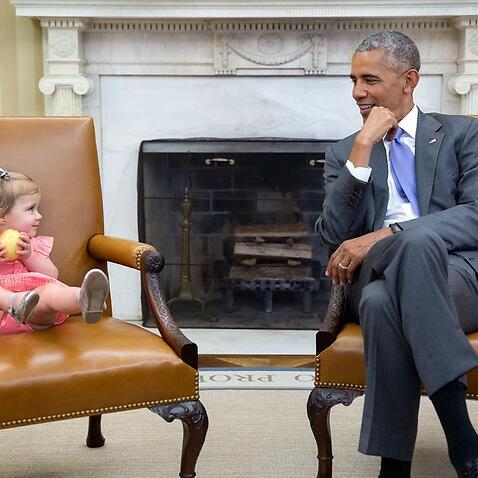 When Obama did endorse on June 9, 2016, he was eager to do everything he could to support the Clinton campaign.

“He’s raring to get out there and start campaigning, and I really look forward to being with him,” Clinton told Politico at the time.

And when he did start campaigning, he made no secret of the dual reason for his enthusiasm.

He was doing it not only out of loyalty to his former Secretary of State, but also to protect his legacy.

“My name may not be on the ballot, but our progress is on the ballot,” he said in a speech to the Congressional Black Caucus repackaged in a fiery campaign ad.

“I will consider it a personal insult, an insult to my legacy, if this community lets down its guard and fails to activate itself in this election,” the president said.

But with President Obama boarding a military helicopter from the Capitol Building after witnessing the inauguration of President Donald Trump this afternoon – a candidate who campaigned on dismantling many of his policies – much of the two-term president’s legacy is up in the air.

“We as historians tend to judge presidents by those who come after,” says Emma Shortis, an American History professor at the University of Melbourne.

“Obama’s legacy will undoubtedly be shaded by Trump.”

He has slammed Obama’s nuclear deal with Iran, promised to rip up the Paris climate agreement and railed against the TPP – a key plank of the former president’s much publicised ‘pivot to Asia’.

While he says he’s ‘fine’ with same-sex marriage, the President has said he will appoint Supreme Court justices who are committed to undoing the pro-choice precedent of Roe v Wade. Obama says he’s spoken with Trump about the importance of many issues, but that you’d have to ask him to see how effective he’s been.
AAP

But while Trump has pledged to all but erase his predecessor’s legacy, he might find that easier said than done, Shortis explains.

“Obama’s solace may be that Trump may not be able to dismantle his legacy entirely,” she says.

In recent weeks Obama has also been busy future-proofing a number of reforms – doling money out to environmental causes, invoking drilling bans across swathes of ocean and commuting the sentences of hundreds of prisoners.

“And you can’t gloss over the fact that he’s the first black president – and that a whole generation of Americans who are now about 10 years old, have only had a black president,” Shortis says. Despite having control of both houses of congress, Trump may run into land-mines.

“It’s easy to stop something that people don’t have, but once you’ve got those reforms through and they’ve got something to loose, it becomes much harder.”

Obama’s stimulus tax cuts for the poor and the coverage afforded by Obamacare will be politically fought to unwind, Shortis says.

“He’s changed the conversation in a way that other president’s haven’t managed to,” she says.

The transformation is particularly clear when it comes to Obamacare.

Wheras once the Republican party was comfortable with merely repealing the major healthcare law, now their mantra has become ‘repeal and replace’.

With what, however, no one’s entirely sure.

President Trump has promised to replace the Affordable Care Act with ‘something terrific’ and promised cheaper, better healthcare which will cover all Americans – comments which no doubt come as a surprise to his compatriots in congress, who appear to have settled on a policy merely of ‘universal access’.

With the Democrats promoting the narrative that 20 million Americans risk losing their healthcare if the law is repealed, many will be watching the administration’s moves closely.

“It is, quite literally, a matter of life and death for some people,” Shortis says. Trump will have an easier time undoing environmental reforms, however, with the administration nominating a fierce deregulation advocate to head the Environmental Protection Agency.

Still, that’s a step up from Trump’s nominee for the Department of Energy, who once argued the entire agency should be abolished.

Cultural change in a nation which Shortis says has become more diverse and more tolerant, also risks reversal following the example set at the top.

So where – after all this – will Obama’s legacy end up?

Shortis says that Obama is likely to be remembered as transformative, up there with JFK and FDR.

“I think that he will hold a really venerated place in American history.”

For his part, an optimistic Obama believes his most fundamental transformations will be preserved.

In an interview with the New Yorker after Trump won the election, the president said that he had accomplished “seventy or seventy-five per cent” of what he set out to do.

“Maybe fifteen per cent of that gets rolled back, twenty per cent, but there’s still a lot of stuff that sticks.” What Trump's inauguration tells us to expect from his presidency 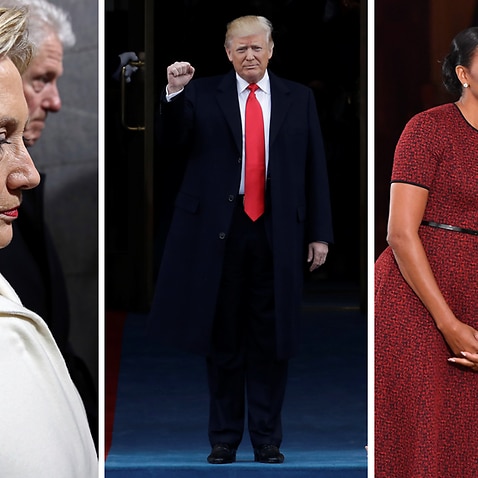