Released documents from the UK Foreign Office detail the political fall-out of Australia's opposition to French nuclear testing in the South Pacific in 1985.

Australian diplomats were forced to deny mysterious rumours circulating around the European Union headquarters in Brussels that the iconic kangaroo faced imminent extinction, just days after then Mayor of Paris Jacques Chirac threatened to ‘make trouble’ for Australia and New Zealand in European Union trade negotiations.

The threat came after both nations vocally protested French nuclear testing in the South Pacific and the sinking of Greenpeace vessel the Rainbow Warrior in Auckland Harbour on July 10, 1985.

Australia’s former Environment Minister, Barry Cohen, formally wrote to his British counterpart in October 1985 stressing that ‘these allegations are untrue’, providing research data he suggested might be more widely distributed by the United Kingdom ‘in the EC (European Community) context’.

They reported ‘enthusiastic applause’ when Mr Chirac threatened to ‘adopt an increasingly tough line’ towards Australia and New Zealand and ‘to make trouble’ for both nations in crucial upcoming trade negotiations, centred on lucrative lamb and butter imports. 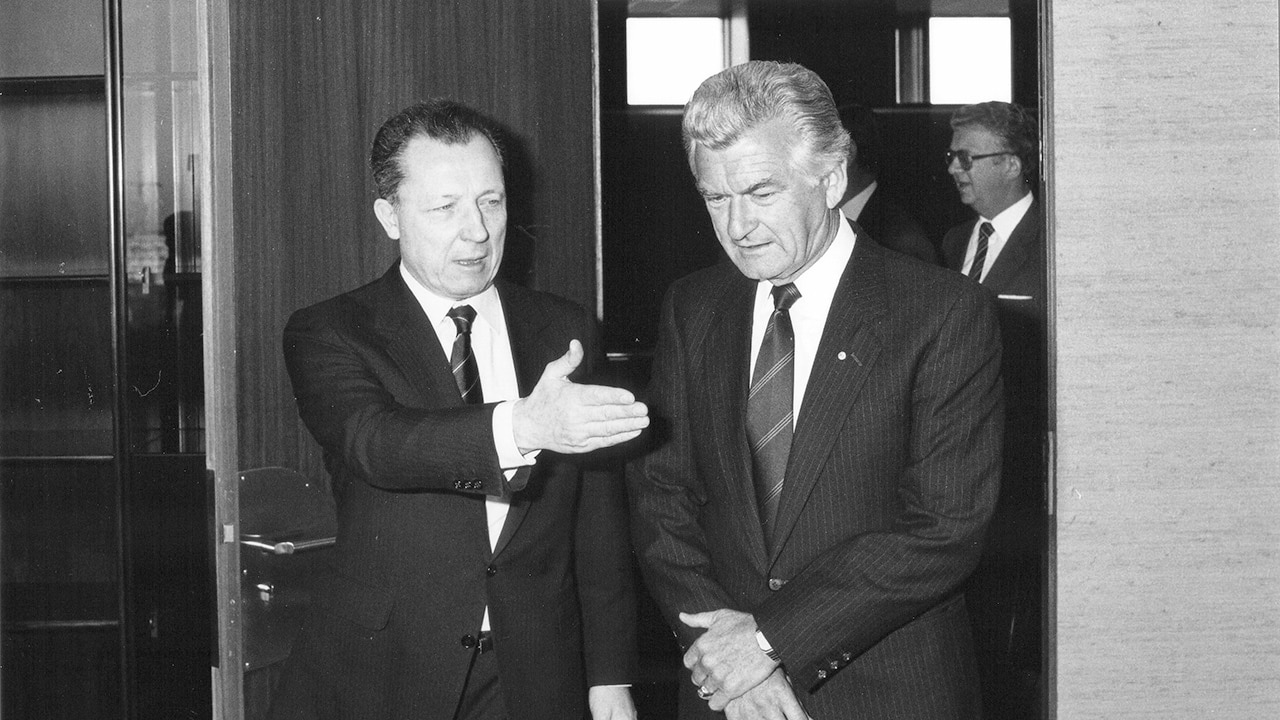 In a diplomatic cable, they claimed Mr Chirac told the enthusiastic crowd: “France recognised and was grateful for the Australian and New Zealand contribution during the Second World War, but this did not give the Australians or New Zealanders any right to interfere in France’s internal affairs.”

They went on to say that Mr Chirac stressed: “France was a Pacific power and would remain so – there must be no ambiguity about this.”

It was, the British diplomats said, a "tough warning to New Zealand and Australia to stop undermining French interests in the South Pacific or face the prospect of retaliation”.

Their official account of the rally details how Mr Chirac addressed his supporters.

“New Zealand, in particular, should remember that she depends on Europe, for the export of her agricultural produce,” he said.

“These exports were in large measure at the expense of French farmers.

“New Zealand exports to the Community required the unanimous endorsement of all members states... [And] France would refuse such endorsement in 1986 unless New Zealand agreed first to stop working against French interests.”

Diplomats mused, “although it was not put quite so crudely”, Chirac hinted that France would be willing to cooperate on trade once “the ‘Turenge couple’ had been released and New Zealand had piped down over nuclear testing”.

The official cable to the Foreign and Commonwealth Office was concluded with succinct advice to “Cave!”

While the true meaning of the diplomat’s words are ambiguous, 'cave!' in Latin translates to 'beware!'

Mr Chirac went on to become the French Prime Minister the following March, and four months after his victory New Zealand agreed to transfer the ‘couple’ suspected of helping to sink the Rainbow Warrior to French custody on the island of Hao in French Polynesia.

French nuclear testing continued at Moruroa and Fangataufa Atolls for another decade. 'We have little or nothing in common': What Menzies really thought of the Commonwealth

The confidential ‘EC / Australia’ file reveals that during this time Australian diplomats told European Union trade negotiators: “We are probably the single country that is hurt most by the European Union’s Common Agricultural Policy (CAP).”

EU officials wrote that they were ‘left in no doubt’ about Australia’s anger at the single market.

“Trying to dump European Community meat in third markets which are important to Australia,” after diplomats protested, the "Community cannot expect to dispose of all their surplus stocks onto the world market”.

Australia was incensed after the European Union apparently reneged on an agreement not to apply export refunds on beef sold in East Asian markets in which Australia had ‘a substantial trade interest’.

In a blunt telegram, the Australian High Commission went as far as accusing the European Union of: “Choosing to transfer its social problems onto world markets…the Australian dairy, fruit, beef and sugar industries bear witness to the consequences.

“We believe the decision is not easily reconcilable with the thrust of Ministerial discussions [with the EU]”, which had taken place only two months earlier.

“The Community and the Commission should not underestimate the political importance and sensitivity Australia attached to the understanding so far achieved in beef sales and we trust that the Commission and Member States would continue to preserve the integrity of both the letter and spirit of those understandings.”

Australian officials characterised Prime Minister Bob Hawke’s visit to Brussels in 1985 as: “Something between a last attempt at reason and conciliation and the first attempt at a new stance.”

While EU officials praised the new Prime Minister’s ‘more constructive’ approach to trade negotiations than his predecessors, three decades on his successors are still working to achieve a Single Market deal.