A Black cyclist was fatally shot by Los Angeles County police, the latest instance of police killing a black man, as the county Sheriff’s Department and a lawyer representing the man’s family gave diverging accounts of the shooting. 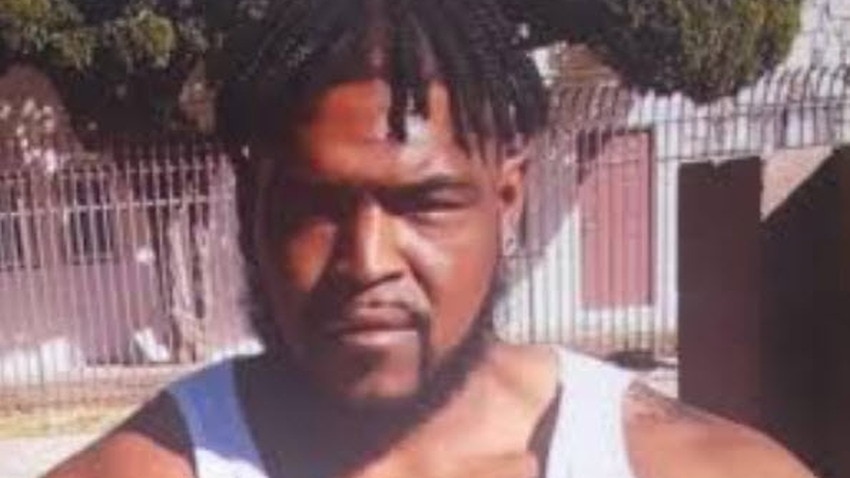 Protesters were to hit the streets of Los Angeles on Tuesday, after police officers shot and killed a black man during a violent confrontation.

The man, identified as 29-year-old Dijon Kizzee, was riding his bicycle Monday in a south Los Angeles neighborhood when deputies tried to stop him for a code violation, according to the sheriff's department.

Mr Kizzee ran away and when deputies caught up to him, he punched one of them in the face while dropping a bundle of clothing he was carrying, authorities said.

"The deputies noticed that inside the clothing items that he dropped was a black semiautomatic handgun, at which time a deputy-involved shooting occurred," Lieutenant Brandon Dean, of the LA County Sheriff's Department, told reporters.

This is #DijonKizzee, 29 yrs old and shot and killed by LA Sheriffs after being stopped for a bike violation. Cops handcuffed his lifeless body. While police investigations can drag on for months/years, cops have already claimed he ran away, and dropped clothes and a gun. #BLM pic.twitter.com/pM6mQfWLeQ

The shooting came as protests against police violence and racism have roiled the country in recent months following the killing of George Floyd at the hands of police in Minneapolis.

Civil right attorney Ben Crump, who is representing the family, said Mr Kizzee was shot more than 20 times and urged witnesses on Twitter to contact him with any information.

#DijonKizzee, a 29yo Black man, was fatally shot by @LASDHQ deputies. Cops stopped him while riding his bike for alleged “vehicle code violation.” They say he ran, dropped clothes and handgun. He didn't pick it up, but cops shot him in the back 20+ times then left him for hours. pic.twitter.com/CF1hVihywv

"They say he ran, dropped clothes and handgun," Mr Crump said in a tweet. "He didn't pick it up, but cops shot him in the back 20+ times then left him for hours."

Deja, a woman who witnessed the shooting told AFP that she yelled "don't shoot him, don't shoot him" as the deputies tried to stop Mr Kizzee, who lived in her neighborhood.

Scenes from last night at the site where @LASDHQ deputies shot and killed #DijonKizzee.

On assignment for @AP pic.twitter.com/v18NiaR1Lw

They were trying to grab and take his stuff away from him and then finally when it failed, he turned around to run and they tased him in the back of his leg," said Deja, who would only give her first name. "He turned around and then they shot him."

Deja said she didn't see Mr Kizzee holding a gun and added that deputies handcuffed him after the shooting. He was pronounced dead at the scene.

Mr Kizzee's aunt Fletcher Fair told reporters she believes her nephew's race was a factor in the shooting.

"They (police) don't kill any other race but us and this don't make any sense," she told a press conference.

"Why us? You have Asians ... Hispanics even don't get killed as much as we do. It's just us and we're tired," she said.

Protests erupt in Los Angeles after another fatal police shooting

Several hours after the shooting, about 100 people gathered at the scene, many of them carrying signs that said "Black Lives Matter" and chanting "Say his name" or "No justice, no peace."

Another protest was planned Tuesday afternoon with the local chapter of Black Lives Matter saying in a tweet "we need all hands on deck. "

Protests erupted in Kenosha, Wisconsin after Jacob Blake (R) was shot multiple times in the back by police officers. Source: AAP

The shooting prompted demonstrations in several cities and led to violent clashes in Kenosha that left two people dead.

President Donald Trump visited the city on Tuesday despite pleas to stay away and claims he is dangerously fanning tensions as a re-election ploy.