DNA testing: Is knowing your ancestry worth the data sharing risk?

Thinking about doing an online DNA test where you send a saliva sample to find out your genetic code? May want to read the fine print. 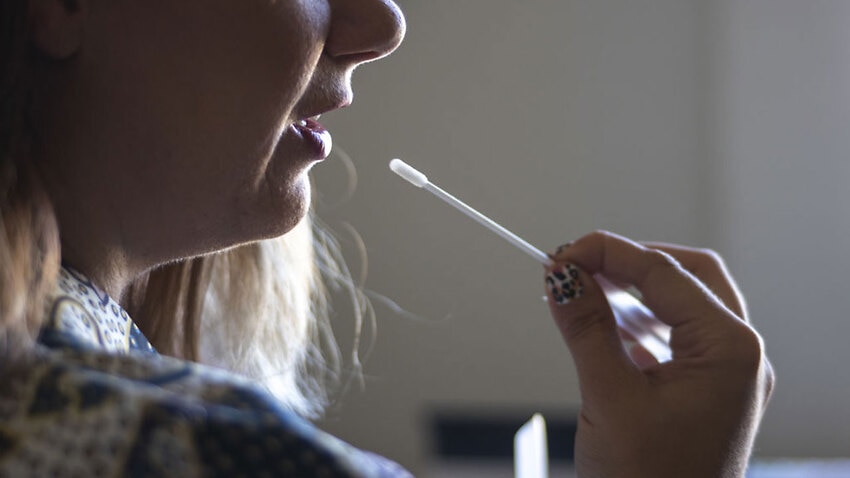 Experts warn the risks associated with DNA testing may not be worth the reward. Source: Getty

In a week where the booming online DNA test industry released its first-ever voluntary privacy guidelines, one of the biggest US operators, 23andMe, quietly announced it was selling its customers’ DNA data to British pharmaceutical company GlaxoSmithKline (GSK) for drug research.

“The goal of the collaboration is to gather insights and discover novel drug targets driving disease progression and develop therapies,” GlaxoSmithKline said a statement.

23andMe's decision to share its data is not an extraordinary one. The genomics company already has more than a dozen commercial deals with biotech and pharmaceutical companies.

A little-understood aspect of the DNA testing industry is that many companies are not making their money from selling test kits, but by selling customer data.

Their results may be interesting, but essentially customers are paying to give a for-profit company their intimate personal information.

Got some questions? Me too.

23andMe says any user data used for research will be de-identified and aggregated, and that those who did not want to be involved opted out when they bought their test kit, as part of its compliance with strict EU data protection rules.

While the company gives users an opt-out choice, many others in the industry don’t. This has sparked questions about whether customers buying saliva test kits to trace their ancestry, understand that their DNA could end up being sold to third party companies that they’ve never heard of.

Dr Andelka Phillips, a researcher at Trinity College in Dublin and the author of a forthcoming book about the direct-to-consumer DNA test industry, compared 71 DNA test company consumer contracts in her research.

She said it was common for DNA testing terms and conditions to include a broad clause that allows the company to change its terms in the future, often without notice to the customer.

Read More
My Health Record opt-out period begins: What you need to know

That means the customer's genetic code, among the most intimate information about a person, could end up anywhere.

There have been recent examples where people’s DNA was used against them in law enforcement and by immigration officials.

“The key thing to explain to people is that unlike your bank password, you can’t change your genetic code, so once it is sequenced and stored it’s unlikely to change at all in a way that would make that information not identifiable,” Dr Phillips said.

Combined with other big data sets, the information might be directly traceable to you.

“There’s been a number of studies that have demonstrated it is possible to re-identify people in large genetic datasets using quite a few variables. So privacy is one of the biggest concerns,” she said.

“There is a lot of really cool stuff being done with genetic research, but we don’t really know all the ways this data might be used in the future.”

What are direct-to-consumer DNA tests?

The online DNA testing industry is relatively new. It allows customers to post a saliva sample to the provider and have their results analysed directly, bypassing health professionals.

The companies market the tests as a way to trace ancestry or lost relatives, discover genetic risks of some diseases, or to tailor personal health and fitness to customer DNA data.

The industry is booming, an estimated 12 million people worldwide had taken a test by the end of 2017 (the majority since 2016).

The boom has created vast databases of DNA information that’s of significant value to a variety of industries, including drug manufacture and insurance.

There are hundreds of companies now offering DNA testing, including several Australian companies. The tests typically cost under $AU300.

But experts warn there is a huge variety in the legitimacy and suitability of these tests.

Josh Wittner from MyDNA said 20,000 Australians have taken the company’s DNA test which is conducted in Melbourne, regulated under Australian law and provides practical health advice based on things like a person’s genetic aptitude for strength or endurance sports and how well they process caffeine or medicines.

“Generally differences [in test providers] lie in the quality of the interpretation that is linked to those results and that depends on the qualifications and experience of those who provide it,” he told SBS News.

“MyDNA has a robust clinical team which is led by our co-founder Associate Professor Les Sheffield, a leading clinical geneticist.”

Do the tests really work?

The results are only as good as the databases the companies have, and there have also been shonks exposed such as a Canadian firm Viaguard Accu-Metrics that purported to test for indigenous Canadian heritage.

A man suspicious of the firm sent in his own saliva and (separately) his dog Snoopy’s, and he and the chihuahua got exactly the same proportions of indigenous heritage in their reported results.

In another case, a journalist of mixed heritage sent her samples to four different companies and got four wildly different results.

“You also have things like infidelity tests, which are often non-consensual, where people send samples of dubious quality, such as other people’s samples from bed sheets, it’s really dodgy,” she said.

If the test you do is legitimate, there can be accurate discoveries that may strongly impact your life, such as finding out your father is actually not your biological father; or that you have a gene that predisposes you to a genetic neuro-degenerative disease like Huntington’s - that is incurable.

DNA tests that claim to reveal the potential for such serious conditions should be done in a clinic with access to health professionals and a genetic counsellor who is available to make sense of the information for you, Dr Phillips said.

A DNA test might affect the insurance you can get down the track.

In Australia, life insurers can ask you if you’ve had a DNA test and refuse to cover you on the basis of your genes (this is known as genetic discrimination) without any remedies available at law. Health insurers in Australia must sell the same product to everyone, irrespective of their health risks.

Dr Paul Lacaze, head of Public Health Genomics at Monash University, said much better regulations protecting consumers against genetic discrimination and protecting genetic privacy are needed. He is concerned that some life insurers require applicants to disclose whether they are “considering” a genetic test.

Would the experts do it?

“I would recommend a cautious approach,” Dr Phillips said. “What I would say to a consumer who is interested in this, is take time to make a decision about using a service, do some research. What is your level of comfort with your data being used for other purposes, shared with insurers or with pharmaceutical companies?"

“Maybe you want to talk to your family about it, because once it’s there, to some extent their data is there as well. If I have a hereditary health condition in my family, perhaps I might not want to put my data in this system because it might affect my insurance coverage.”

“It would be better for consumers if the industry was better regulated," she said.