'Do whatever it takes': NT Chief Minister Michael Gunner says closing border is still an option

NT Chief Minister Michael Gunner says he will “do whatever it takes” to protect Territorians from the coronavirus. 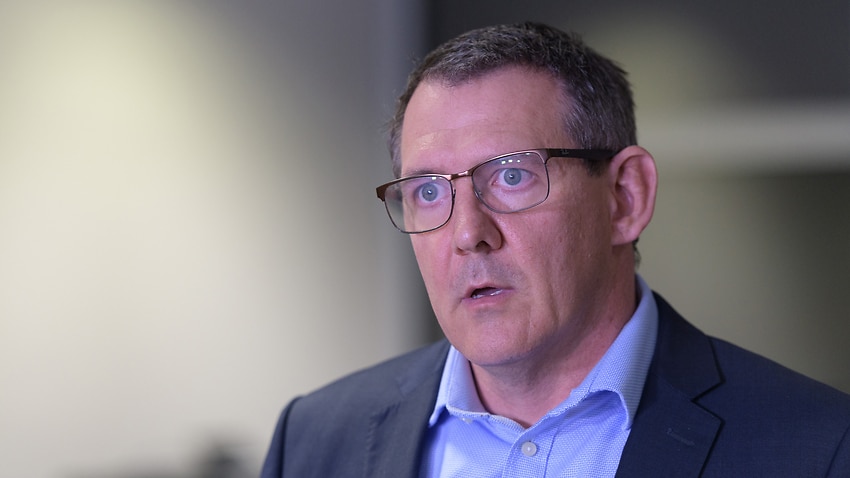 The Northern Territory Government said closing its borders to the rest of the country has not been ruled out as a future measure to stop the spread of coronavirus.

When asked if closing borders was “on the table”, NT Chief Minister Michael Gunner said he would “do whatever it takes” to protect Territorians.

However, he added that the feasibility of closing borders is complex.

“At the moment we’re building moats around remote communities, the question is does there need to be a moat around the Northern Territory,” he said.

Northern Territory health authorities are speaking live with an update on COVID-19. https://t.co/ef1x1XQATA

“It’s much easier for an island, we share state borders with Western Australia, Queensland and South Australia, there is significant complexity around how you would manage this.

Mr Gunner said while the movement of people is up for discussion he’d still like to see the free movement of freight trucks delivering supplies to the region.

“We need to make sure that those trucks keep coming with food,” he said.

“It’s critical we have movement across state lines, and we have to keep making sure this country is still running.

“However, I absolutely think we need to discuss the general movement of people. We’ve had those conversations and we’re discussing those issues.”

It comes after Prime Minister Scott Morrison announced new measures banning “non-essential” gatherings of more than 100 people in response to the pandemic.

“This will help local businesses who have to physically adjust their spaces to abide by the 100 person rule,” he said.

“It can also be used to help businesses to establish or upgrade their online presence to adjust to the changes we’ll be seeing.

The new measures are not going to affect schools, public transport and public squares which will remain open at this time.

As of 6.30am on Wednesday, there were zero reported cases of coronavirus in the NT, according to the Department of Health.

The Department notes that under National Notifiable Diseases Surveillance System reporting requirements, cases are reported based on their Australian jurisdiction of residence rather than where they were detected. For example, a case reported previously in the NT in a NSW resident is counted in the national figures as a NSW case.

On Wednesday, a sixth death in Australia was reported from coronavirus.

There have been more than 500 cases across the country.

As of Tuesday afternoon, only people who have recently travelled from overseas or have been in contact with a confirmed COVID-19 case and experienced symptoms within 14 days are advised to be tested.
If you believe you may have contracted the virus, call your doctor, don’t visit, or contact the national Coronavirus Health Information Hotline on 1800 020 080.
If you are struggling to breathe or experiencing a medical emergency, call 000.
Share
Published 18 March 2020 at 7:44pm, updated 18 March 2020 at 7:49pm
By Aneeta Bhole
Topics
CoronavirusAustralia