As the coronavirus pandemic heaps pressure onto Australia's healthcare system, dozens of doctors from refugee backgrounds are hoping to have their bridging qualifications sped up so they can help in the fight.

Tamer Antakly worked as a surgeon in Syria and Saudi Arabia before arriving in Australia in 2015 on a humanitarian refugee visa.

He, his wife and two daughters found it “impossible” to continue living between the two Middle Eastern countries while the Syrian civil war enveloped his home city of Aleppo.

The 58-year-old, who now lives in Keilor Downs in Melbourne’s west, has passed all the medical requirements required of him to work as a doctor in Australia.

But the language exam he was due to sit on 4 April has been postponed until June because of the coronavirus pandemic, which he said he was "very keen" to help fight. “I am ready to help Australia. It is my duty as a doctor to fight against this terrible disease.

“I hope to have the opportunity to help soon. It would give me a feeling of satisfaction in contributing to this country, which has given me and my family safety.”

Dr Antakly is among dozens of skilled health workers of refugee background that migrant settlement agency AMES Australia hopes can have their bridging qualifications expediated.

AMES Australia CEO Cath Scarth said the group was working with 40 doctors, pharmacists and dentists “desperate” to contribute to the fight against COVID-19.

“They’ve come from pretty traumatic experiences overseas where they were already providing medical support across conflict zones,” she said.

“We’re really keen to work with hospitals and other health bodies to see how we can get these people working.” There have been calls across the world, including in Britain and Canada, for doctors of refugee background to be incorporated into coronavirus responses.

Ms Scarth said there were a multitude of ways skilled doctors of refugee background in Australia could help.

“We’ve got a community who are really willing to help in any way they can – even if it’s just that they communicate as doctors to their own communities in language, or providing translations in hospitals.”

There are fears Australia’s healthcare sector could be overrun if the number of coronavirus cases rapidly increases.

Equipment shortages have been reported across the country, while there have also been concerns frontline health workers are being put at risk of burnout and contracting COVID-19 themselves.

During the 2003 SARS outbreak, healthcare professionals accounted for 21 per cent of all cases worldwide. 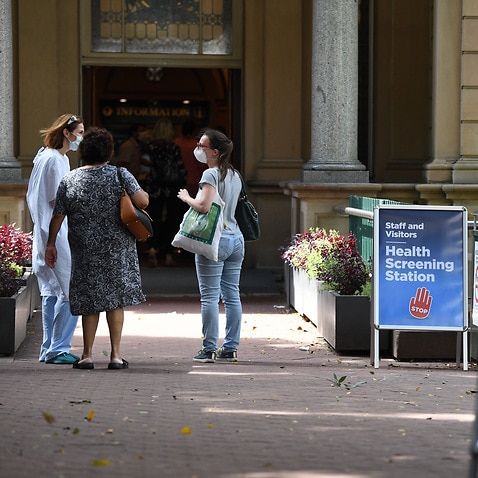 Erin Smith, an associate professor in Disaster and Emergency Response at Edith Cowan University, said that proved workers on Australia's COVID-19 frontline were a vulnerable group and warned that significant gaps could emerge in the workforce as the pandemic unfolds.

“It is absolutely necessary to reinforce our essential frontline personnel,” she said.

“I think we should be looking at every possible strategy we can [in order] to bring in people with different capacities to help.”

The battle against COVID-19 has been likened to war by various officials worldwide, including Prime Minister Scott Morrison.

Having seen what can happen in physical war zones during his time in the Middle East, Dr Antakly said the comparison was apt.

“It is a real war, but it is different, because all of humanity is on the same side,” he said.

“I just hope that for all the doctors from refugee backgrounds doing their bridging course to find a way into the medical system in Australia, to be given the opportunity to share in this war.

“That would be very useful for themselves and the community.”