Campaigners against domestic violence say media coverage of the horrific murder of a Brisbane mother and her three children should be focused on the victims not the perpetrator.

Family violence victims' advocates have condemned media organisations around the world for "glorifying" the man accused of killing his wife and three children.

Hannah Baxter, 31, died in hospital overnight after being doused in petrol by her estranged husband and the children's father, Rowan Baxter, 42.

The children - Aaliyah, 6, Laianah, 4 and Trey, 3 - burned to death in the family car after it burst into flames on a street in Camp Hill in Brisbane's east on Wednesday.

Their father died on the footpath from self-inflicted wounds, police said. 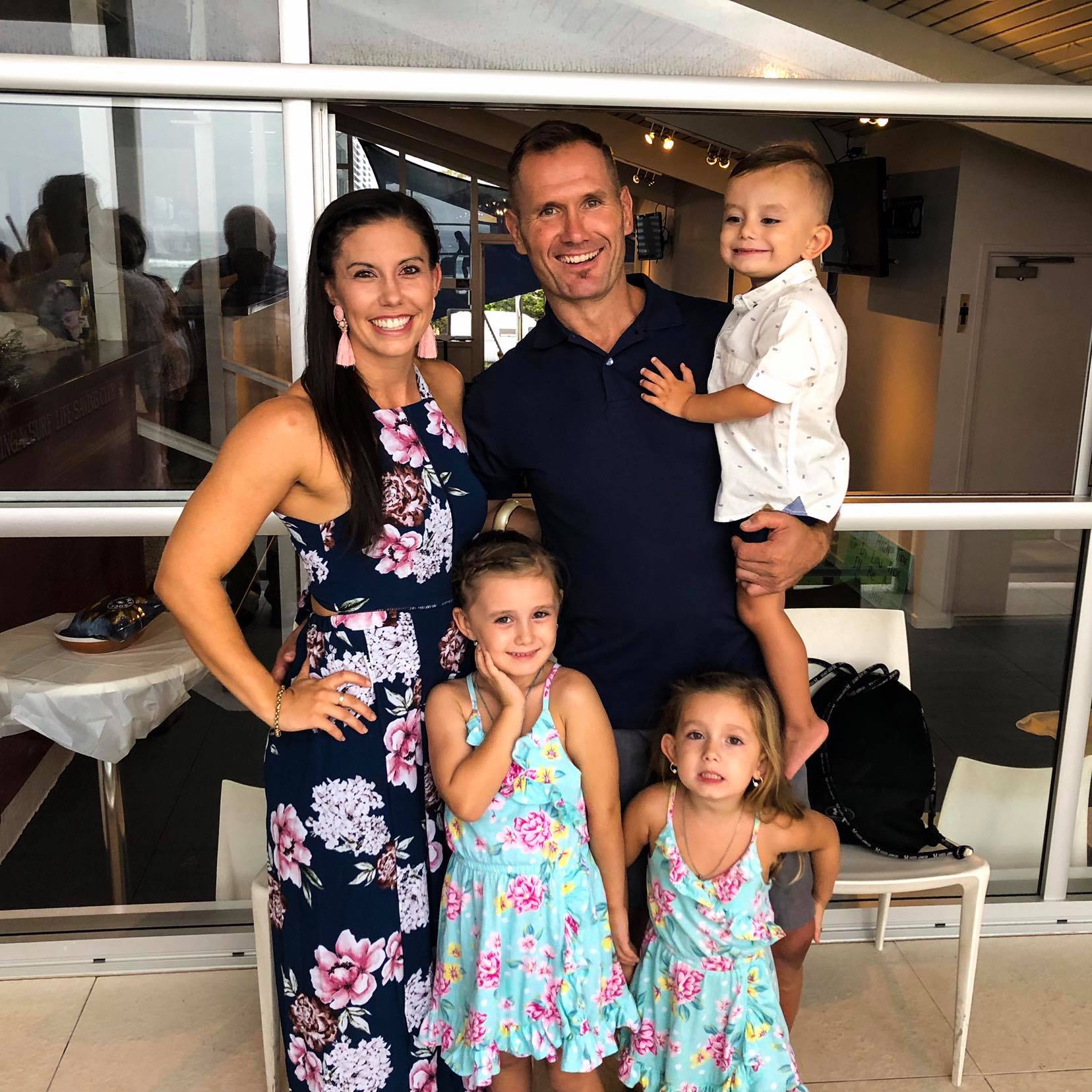 The violent killings have shocked the public in Australia and overseas, once again drawing attention to violence against women and children.

But many news organisations have failed to accurately report the incident, according to anti-domestic violence agency Our Watch.

"We know from the research that there is a clear link between media reporting and how the community understands and makes sense of violence against women," Our Watch CEO Patty Kinnersly said. "Unfortunately, some reporting perpetuates false attitudes and myths, such as victim-blaming and minimising or trivialising violence by focusing on the perpetrator being a ‘good bloke’ or a ‘sporting hero'."

Social media users have been swift to call out those responsible for publishing articles which focused on Mr Baxter's achievements.

You cannot be serious, @FOXSportsAUS. “Dies alongside his three kids”? You make yourself part of this national scourge. Fix it immediately. pic.twitter.com/ir4HMpsCay

Another person took aim at the Daily Mail UK for suggesting Mr Baxter was not responsible for his family's deaths by writing “Ex-footy star who died in burning car showered kids with love”.

you wouldn’t think from the headline that this man killed himself and his children by setting his family on fire, would you? https://t.co/qVjLDwcAkh via @MailOnline

"Men who love their families Do. Not. Murder. Them," posted another.

Men who love their families Do. Not. Murder. Them. This is #domesticviolence in the most horrific and extreme. This is about #HannahClarke and her three children. I don't give a toss who this murderer is. Shame on the media for victimizing the murderer. https://t.co/haM8p4pLDc

Hannah Baxter was the eighth woman killed by family violence in Australia this year, according to the online Counting Dead Women campaign by Destroy the Joint.

Group administrator and researcher Sue McLeod said she wasn't surprised to see misleading news reports, despite a number of advisory guidelines for media.

"The emphasis should be on the victims - the people who had no choice - not the person who made the choice for them," she said.

"You end up with stories about what a top bloke he was and how astonished everyone is that he's gone and done this."

Ms McLeod said the campaign aimed to raise awareness about the need for early intervention in family violence situations.

"We’ve seen big changes in the attitudes of police over the last few years with the setting up of specialist domestic violence units, but we still get complaints (from women) that their reports are ignored or not treated seriously and then two weeks later they’re a number on our page," she said.

Tracy McLeod Howe, CEO of Childhood Domestic Violence Australia, said a greater focus was also needed on the young victims of domestic violence, who are often "considered as an afterthought by a service system that is largely focused on the needs of the victimised parent."

"We need more resourcing to work with schools, preschools and early childhood providers to teach children how to speak out and stay safe," she said.

"We need to channel our despair into building a new whole of government, whole of community approach."