A parliamentary committee investigating domestic violence has handed down a report without calling for submissions or taking evidence. 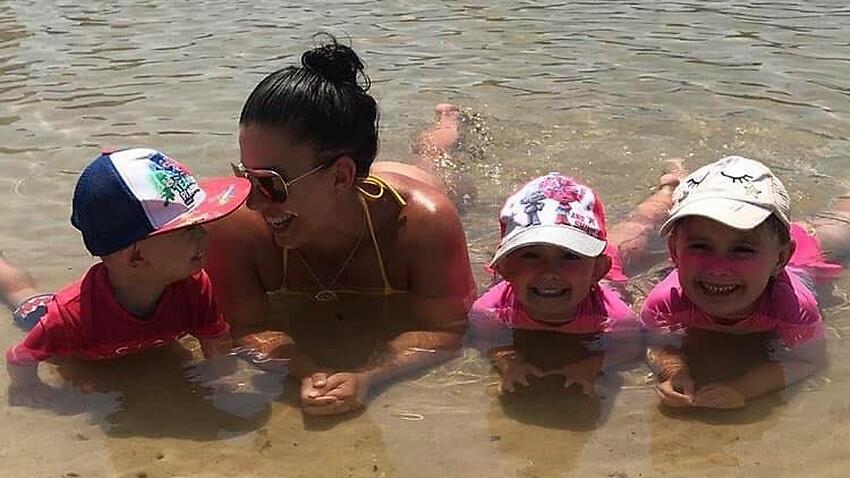 A Senate committee inquiry into domestic violence has finalised its report without taking evidence from any witnesses or calling for submissions.

The committee was tasked with a six-month inquiry after the horrific deaths of Brisbane woman Hannah Clarke and her three children in February.

But its final report was delivered on Tuesday, three months ahead of schedule, without accepting submissions or holding public hearings.

The Law Council of Australia is appalled at the lack of commitment shown by the majority report of the bipartisan Legal and Constitutional Affairs References Committee in tackling domestic violence https://t.co/9JDwEmpvIL #auslaw #auspol pic.twitter.com/6D6NmZn3fs

Law Council of Australia president Pauline Wright said it was a sad failure of regard for Australians killed by domestic violence.

"The report amounts to little more than a literature review, posing a number of obvious and often stated questions," she said on Wednesday.

"This demonstrates a lack of commitment by decision-makers to address a serious community problem and a significant cause of death in Australia."

Eleven women have been killed across Australia in domestic violence incidents since coronavirus restrictions were imposed in March.

The committee defended its process noting that it did not believe another lengthy public inquiry into responses to domestic and family violence was required at this time.

It expressed concern such a review would likely divert attention and resources that are currently focused on front-line services and primary prevention, and may be of limited benefit.

But crossbench senator Rex Patrick, who initiated the inquiry, issued a dissenting report with one recommendation: the committee take a long hard look at itself.

He wrote the committee had failed itself, the Australian public, Hannah Clarke, her three children and "all victims of domestic violence, past, present and future".

"The Senate Committee had an opportunity to make a significant contribution to efforts to combat domestic violence in Australia. It conspicuously failed to do its duty.

"Instead of making substantive recommendations for action, the committee has merely posed questions. The committee members squibbed this completely."

The inquiry instead chose to review a series of previous reports into the matter including from Senate inquiries conducted in 2014-15 and 2015-17 and the 2019 Auditor General's report into the implementation of the National Plan to Reduce Violence Against Women and their Children.

Committee chair Kim Carr accused Senator Patrick of seeking to take political advantage of the inquiry and not showing up to meetings.

The Labor senator said Senator Patrick had referred the issue to the wrong committee.

"It is appropriate that the appropriate level of expertise be applied to this and not some half-baked measure," Senator Carr told the ABC.

The committee concluded violence against women "remains a significant problem" and "unacceptably high" with the problem still affecting one in four women.

One recommendation was for the government to focus on building the evidence base and lifting capability in monitoring and evaluation of the current National Plan and invest now before making a new one.

Another was to monitor the impacts of the coronavirus pandemic saying once this becomes clearer governments will need to ensure extra funding provided is sufficient.

"Governments must be willing to increase funding if the data indicate a significant spike in the incidence of violence," the committee said.

The federal government has pledged an emergency investment of $150 million to bolster domestic violence supports given the expected increase in violence as a result of living changes forced by COVID-19.

Women's Minister Marise Payne said she would look at the report before commenting.

"I do know that Australian senators across the board, no matter where they come from in the parliament, take these issues very, very seriously," she told ABC radio.

Senator Payne said the federal government was focused on working with states and territories to protect women and children during the coronavirus crisis.

The committee also noted there could be merit in a more focussed inquiry into the procurement processes and contracting arrangements associated with 1800RESPECT.

The Law Council's Ms Wright said the number of women dying at the hands of current or former partners had not shifted since 2010.

"A valuable opportunity to examine and improve the programs that are working well to support and protect the vulnerable members of society has been lost," she said.