The US President has taken unprecedented steps to stem the spread of coronavirus, suspending travel from nearly all European countries. 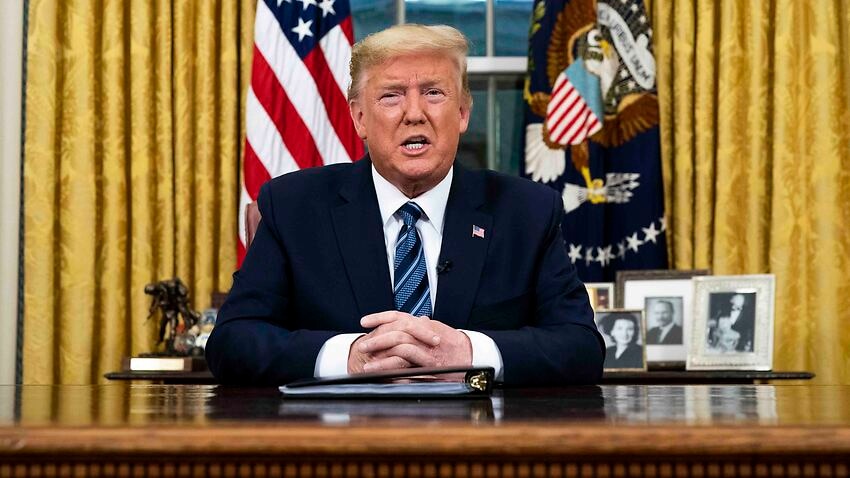 United States President Donald Trump has announced a 30-day ban on all flights arriving from Europe, excluding the United Kingdom, in a drastic measure to stem the spread of the coronavirus.

In a televised address on Thursday, Mr Trump blamed the European Union for the rapid spread of the virus throughout the world, accusing them of "[failing] to take the same precautions and restrict travel from China and other hotspots".

"As a result, a large number of clusters in the United States were seeded by foreign travellers from Europe."

The ban, which Mr Trump described as "unprecedented" will come into force at midnight on Friday, local time. US restrictions on people arriving in the US from China and Iran were already in place.

Mr Trump said the prohibitions would also "apply to the tremendous amount of trade and cargo," and "various other things as we get approval," but this was later clarified by the White House as being incorrect.

"This is the most aggressive and comprehensive effort to confront a foreign virus in modern history," he said.

Shortly after the address, the White House announced that Mr Trump, 73, would be cancelling a trip to Nevada and Colorado out of "caution".

On Thursday morning, the World Health Organization formally declared the outbreak a pandemic after it reached more than 100 countries.

Globally, as of Thursday midday, more than 125,000 cases of the virus had been confirmed.

People who believe they may have contracted the virus are advised to call their doctor before organising an appointment or contact the national Coronavirus Health Information Hotline on 1800 020 080.