Donald Trump wished the new US administration 'great luck and great success' as he said farewell to Washington, while hinting at a possible return.

Donald Trump has hinted at a comeback as he said farewell to Washington, while breaking tradition to avoid the inauguration ceremony of new US President Joe Biden.

Mr Trump on Wednesday became the first president to snub his successor's inauguration since 1869, but he wished the new administration good luck and success.

"It is my greatest honour and privilege to have been your president," Mr Trump said at Joint Base Andrews in Maryland after leaving the White House for the last time.

"I wish the new administration great luck and great success.

"I think they'll have great success, they have the foundation to do something really spectacular."

Mr Trump told his cheering, chanting supporters that he'll be watching and listening from a distance.

"We will be back in some form." 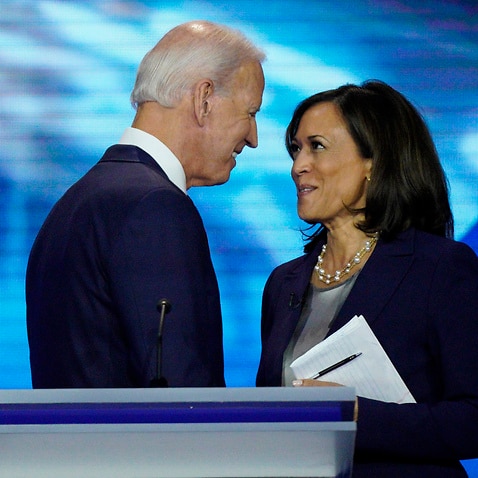 Members of Mr Trump's family gathered for the send-off on the military base along with the president's loyalists before jetting off to Florida.

Speaking without notes, Mr Trump said his presidency was an "incredible four years".

He told the crowd that he and his wife Melania Trump loved them and praised his family for its hard work, saying they could have chosen to have an easier life.

Mr Trump did not name Mr Biden during his brief speech.

Meanwhile, Ms Trump and some of the former president’s children issued their own statements before the inauguration ceremony.

Eric Trump said it has “been the greatest honour” of his life to “have had a front-row seat to one of the most remarkable and consequential presidencies in American history”.

At the end of his statement, which he tweeted, he said “the best is yet to come”.

Ms Trump released a farewell statement in a video, in which she described the last four years as "unforgettable" and claimed she was "humbled" as the world dealt with the coronavirus pandemic.

“We grieve for the families who have lost a loved one”, she said, and urged all Americans to “use caution and common sense” in response to vaccines.