Donald Trump has coronavirus. With the US election just one month away, what happens next?

Experts say Donald Trump's positive COVID-19 test has thrown a "huge spanner in the works" for the remainder of his re-election campaign. 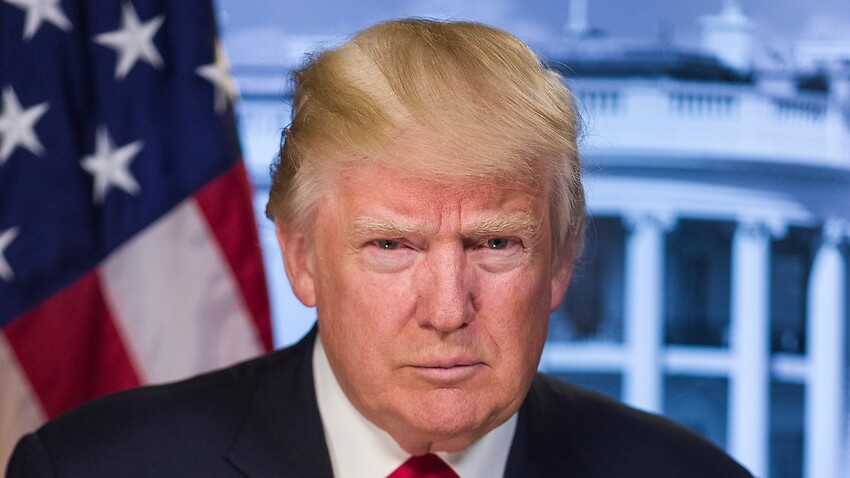 Donald Trump has tested positive for COVID-19. What happens next? Source: Library of Congress

US President Donald Trump and his wife Melania have tested positive for COVID-19. With the presidential election just one month away, experts say this presents a huge curveball for Mr Trump's re-election campaign.

The president confirmed the positive tests on Twitter on Thursday night, hours after it was revealed one of his top aides, Hope Hicks, had contracted the deadly virus.

On Friday, on the advice of doctors, he was flown to a military hospital just outside Washington, where he will continue to work.

Like Australia, US restrictions require a person with COVID-19 to self-isolate for two weeks. With the 3 November election looming, this could effectively cut Mr Trump's remaining campaign time in half.

To further complicate matters, the president's diagnosis could delay his Supreme Court judge replacement vote, if Republican senators are now required to isolate.

‘An enormous curveball’ for Trump’s campaign

Elliott Brennan, a Research Associate at the University of Sydney's United States Studies Centre (USSC), said Mr Trump’s diagnosis is an "enormous landmark event" that will have a major impact on his presidential campaign.

“This is an enormous curveball,” he told SBS News. “If Donald Trump is to self-isolate for the next two weeks, that’s effectively half of the remaining 31 days of this campaign.

“This will do an enormous amount of damage to his sense of momentum. Donald Trump gets a lot out of these large in-person rallies, and that’s really the fuel he relies on in an election campaign."

“We can expect to see the campaigning continue on his Twitter feed, at the very least, but there’s a huge spanner in the works," he said.

But it’s not just the president and first lady who should be concerned.

“There is potentially an enormous list of incredibly important administration officials who could have to quarantine themselves for two weeks,” Mr Brennan said. “We’ll now have to wait and see whether Vice President Mike Pence is on that list.”

The 25th amendment of the constitution allows for an orderly transfer of power if the president can't execute his duties. In this case, Mr Pence would take over the top job if Mr Trump becomes too ill to manage the country.

"In case of the removal of the president from office, or of his death, resignation, or inability to discharge the powers and duties of the said office, the same shall devolve on the vice-president," the constitution states.

After the Vice-President, the next person in the line of succession is Democratic House Speaker Nancy Pelosi.

But Mr Brennan stressed it is too soon to speculate if or when this might happen.

Mr Trump’s diagnosis also presents a hurdle for whether Amy Coney Barrett, Mr Trump's third US Supreme Court appointment and replacement for Ruth Bader Ginsburg, can be confirmed in a vote by the Senate.

“One of the really big questions now turns to the Senate, and Republican senators who might have had contact with either Hope Hicks, Donald Trump or Melania, and the enormous vote on whether the Supreme Court Justice nomination will be able to go ahead before the election,” Mr Brennan said.

“If there are a significant number of Republican senators who now have to self-quarantine, that casts a large shadow over that vote being able to take place.”

Joe Biden will most likely need to get tested

There are also concerns over whether Mr Trump’s presidential rival Joe Biden could have contracted the virus. But this also remains unknown.

The pair went head-to-head in their first televised election debate on Wednesday, although social distancing rules were observed and the candidates did not shake hands.

Joe Biden will most likely get tested for COVID-19 in the coming days. Source: AP

“I think the Biden campaign has emphasised responsibility, but I expect we’ll see Biden doing a test sometime soon,” Mr Brennan said. “There was certainly an emphasis on social distancing during the first debate. I wouldn’t speculate on how effective that was.”

At this point in time, Mr Brennan stressed that, ultimately, a lot remains up in the air.

“There’s a lot of moving parts here. This will have enormous consequences on the campaign, but we’re not yet sure in what form until we learn more," he said.

Could Mr Trump delay the election?

Mr Trump has no authority to delay the presidential election.

The date for the US election is set by federal laws and can only be changed by Congress. With the Democrat Party holding a majority in the House, they're unlikely to share Mr Trump’s motivations.

The presidency and vice presidency, as outlined in the 20th Amendment, “shall end at noon on the 20th day of January”.

So, even if Mr Trump convinced Congress to delay the election, and that date was beyond January, his term would expire.

The US has never moved Election Day, which has run on schedule through the Civil War, Spanish Flu and the Great Depression.