US President Donald Trump on Wednesday ignored the first public hearings into the impeachment inquiry, where a key witness said Mr Trump told a diplomat he "cared more" about Ukraine investigating his Democratic rival than about the country itself.

United States President Donald Trump greeted his Turkish counterpart Recep Tayyip Erdogan at the White House for a high-stakes meeting on Wednesday that underlined his claim to be ignoring the impeachment drama unfolding simultaneously in Congress.

In the run-up to Mr Erdogan's arrival, Mr Trump did not tune in to the nationally televised impeachment hearings, because he was "too busy," he told reporters.

A key witness told the impeachment inquiry Mr Trump told a US diplomat he "cared more" about Ukraine investigating his Democratic rival Joe Biden than about the country itself.

In a new development in the probe, top US envoy to Ukraine William Taylor told the hearing Mr Trump's Ambassador to the European Union Gordon Sondland, shortly after speaking with the president in July, said "Trump cared more about the investigations of Biden" than Ukraine itself. 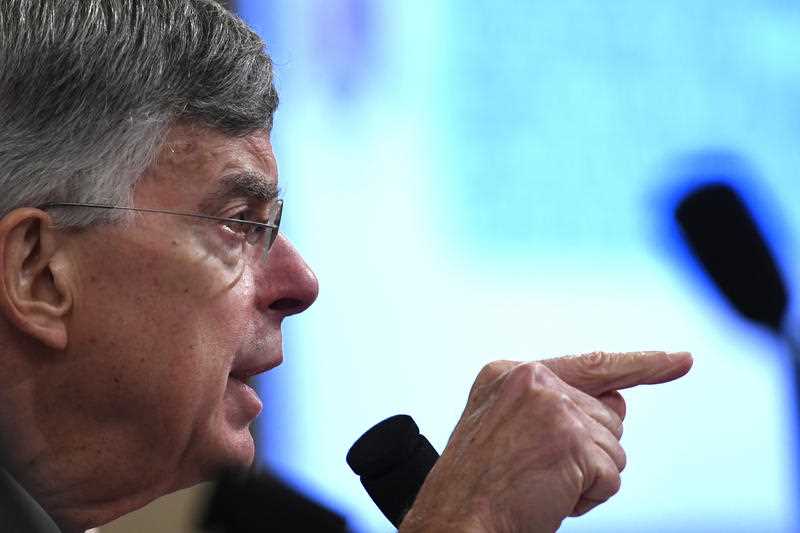 Mr Taylor said a member of his staff told him last Friday after he had already testified behind closed doors, that he overheard Mr Sondland's 26 July phone call with Mr Trump and then asked Mr Sondland about Mr Trump's thoughts about Ukraine, which prompted Mr Sondland's remarks.

While Congress listened to evidence against Mr Trump in the impeachment inquiry, the US president met Mr Erdogan on the White House's South Lawn, together with a military honour guard, before heading straight to the Oval Office.

The two leaders were to hold several hours of meetings, including lunch, before giving a joint news conference.

If Mr Trump was ignoring the drama on Capitol Hill, he was also turning a deaf ear to opposition from many in Congress, including in his own Republican party, to rolling out the red carpet for Mr Erdogan.

The US-Turkish relationship has been under severe strain following Mr Erdogan's ordering of an October offensive against US-allied Kurdish forces in northern Syria.

Mr Trump ordered US troops stationed in the border area to withdraw ahead of the Turkish invasion while exhorting Mr Erdogan in an extraordinarily undiplomatic letter to avoid too much bloodshed.

"Don't be a tough guy. Don't be a fool!" Mr Trump wrote in the letter, which was reportedly thrown by Mr Erdogan into the trash.

Despite the letter, Mr Trump's withdrawal of the US soldiers effectively gave fellow-NATO member Turkey a green light for what appears to be an extended occupation of a large swath of Syria.

This outraged many in Congress, which saw the move as an abandonment of the Kurds, who died in large numbers while fighting alongside US forces against Islamic State jihadists in the area. The reshuffling of forces in the region was also criticised in Washington as a boon for Russian ambitions.

"Given this situation, we believe that now is a particularly inappropriate time for President Erdogan to visit the United States, and we urge you to rescind this invitation," a bipartisan group of legislators wrote to Trump last week in a letter made public Monday.

Mr Trump was defiant on Wednesday, saying: "We have been friends for a long time."

"Don't look at these things as rewards, they are the execution of diplomacy," an official said.

But there will be tension to spare even beyond the Syrian Kurds and the S-400s. 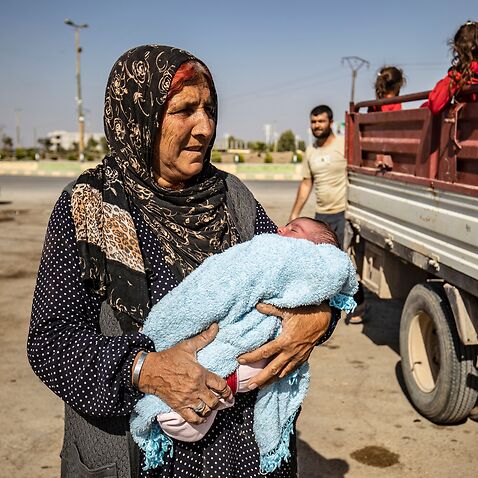 The US is angry over the long-term detention of Turkish citizens working for US consulates, while Turkey continues to push hard for the extradition of the Islamic cleric Fethullah Gulen, whom Mr Erdogan claims engineered a failed 2016 coup.

Republican congresswoman Liz Cheney raised another point of contention: the ugly scenes during Mr Erdogan's last Washington visit, in 2017, when his bodyguards beat up protesters outside the Turkish ambassador's residence.

"The Erdogan regime's use of violence against civilians anywhere is inhumane, uncivilised, and unacceptable," she wrote in a letter demanding that the State Department bar any of the "thugs" involved from returning.