Donald Trump says the US will label Antifa a 'terrorist organisation'

US President Donald Trump has posted a message on Twitter indicating the US government will designate the Antifa movement as a terrorist organisation. 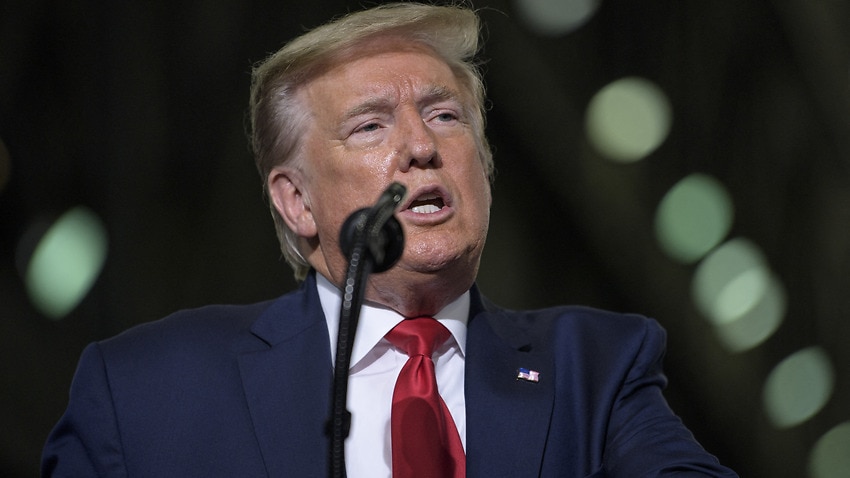 US President Donald Trump says the US government will designate anti-fascist group Antifa as a terrorist organisation, a move that legal experts say would be hard to execute.

The announcement, made by Mr Trump on Twitter, comes amid violent protests across the US about police brutality following the death of black man George Floyd in Minneapolis seen on video gasping for breath as a white police officer knelt on his neck.

The United States of America will be designating ANTIFA as a Terrorist Organization.

Several top officials from the Trump administration, including US Attorney General William Barr, have blamed Antifa and other "agitators" for taking over the protests in US cities.

"The violence instigated and carried out by Antifa and other similar groups in connection with the rioting is domestic terrorism and will be treated accordingly," Mr Barr said in a statement on Sunday following the president's tweet.

JUST IN: In new statement today, Attorney General Bill Barr says the demonstrations over #GeorgeFloyd will be treated as domestic terrorism. Whereas he previously alleged “antifa-like” behavior, now he says Antifa is behind it. pic.twitter.com/yg9WGhj0Tl

It is not clear how many, if any, of the protesters participating in demonstrations across the country are from Antifa, which experts note is not an organisation but rather an amorphous movement.

John Harrington, the head of Minnesota's Department of Public Safety, told a news conference on Sunday that about 20 per cent of Saturday's arrest records were for people out-of-state, though he did not yet have the total for Saturday night's arrests.

Violent protests over the death of George Floyd are continuing across the US. Source: AAP

Mr Trump's tweet on Sunday is not the first time the president has described Antifa as a terrorist group. Other conservative politicians, such as Texas Senator Ted Cruz, have made similar statements.

It is unclear whether the Trump administration is seriously pursuing the designation through formal channels, which would typically require co-ordination across multiple federal agencies. Experts say Trump lacks the legal authority to do so.

"Any attempt at such a designation would raise significant First Amendment concerns," added McCord, who previously served in the Trump administration.